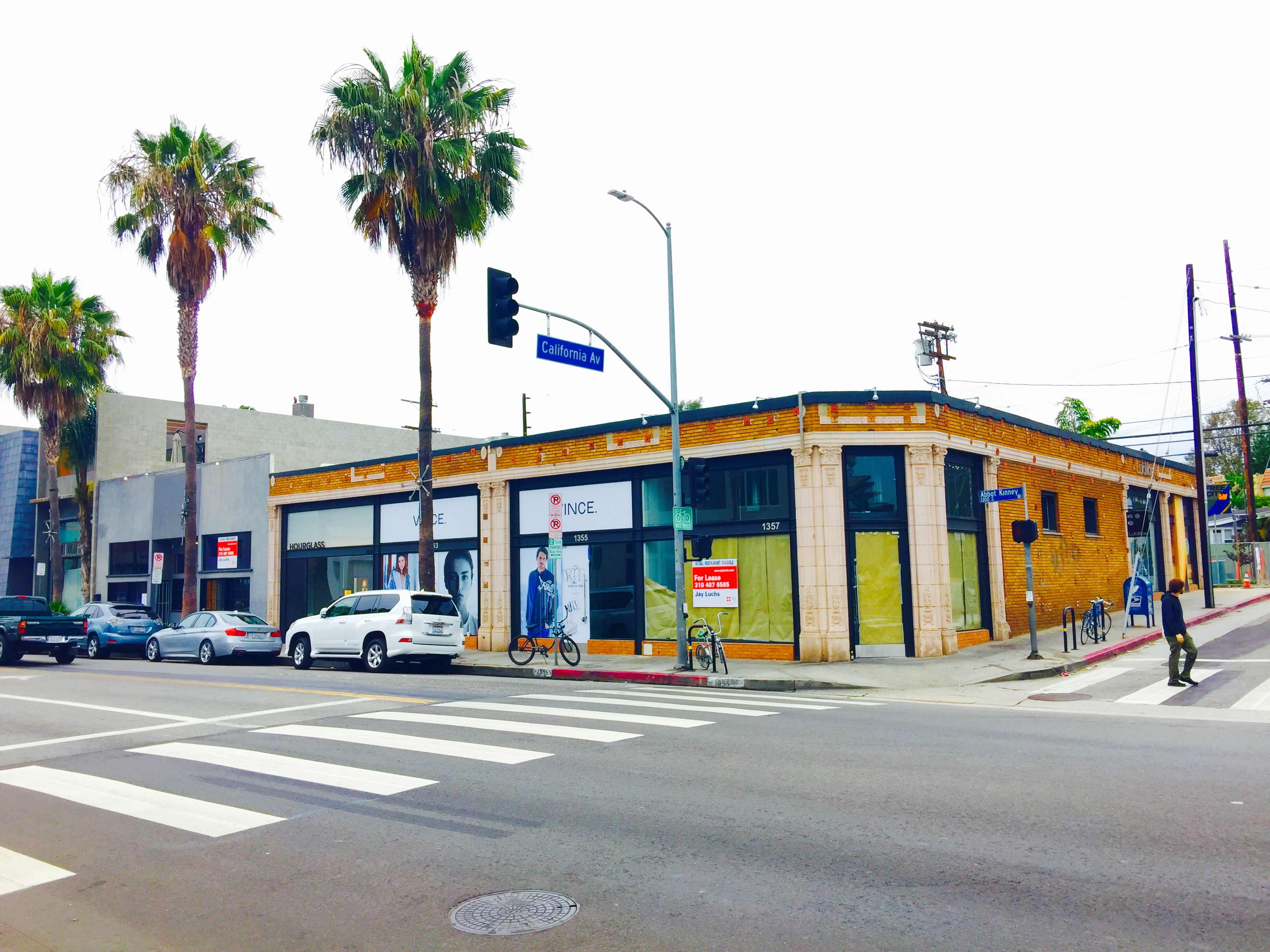 Everyone loved Hal’s Bar and Grill, but did anyone think that someone would love the building, that had been home to Hal’s for nearly 30 years, so much that they’d pay $44,750,000 for it?

It’s no surprise that Venice property is in demand but the price tag on this latest exchange on Abbot Kinney has come as a shock to many, including local realtors.

The sale of the property was finalized just over a month ago on June 11. The $44 million price included, not only the old Hal’s restaurant space, but adjacent retail, and the old Casa Linda restaurant space on the corner of Abbot Kinney and California Ave.

This latest transaction, on the street GQ Magazine famously called “The coolest block in America,” follows the sale of the Wabi-Sabi restaurant building for $7,143,000 in March this year. At this number the price per square foot for the 1,500 square foot space comes out at $4,762. The $44 million dollar Hal’s property parcel sale equates to a whopping $5,498 per square foot.

With new owners paying high prices for real estate it’s no surprise that currently it’s cheaper to rent a store in Beverly Hills than it is on Abbot Kinney. Especially as many new landlords are passing on costs to tenants, such as property tax, in leases known as a “Triple Net,” or “Hell or High Water” lease.

On the same day the sale of the building went through Hal’s Bar & Grill co-owners Don and Linda Novack and Hal Frederick, announced signing a lease with Lincoln Property Company. A move that, by December this year should see the award-winning restaurant re-open at Runway Playa Vista.

Issuing a joint statement, the Novacks and Frederick said, “We’re taking 4,700 square feet of totally raw space and working with an architect and designer to create the same welcoming, relaxed feel as the original Hal’s on Abbot Kinney. It’ll be about the same size, maybe a touch roomier. We plan to preserve the elements people value most – Chef Manuel Mares’ beautifully prepared food, fine art, and live music–and create a vibrant new space and experience that still feels familiar and authentically Hal.”

Little is known about the new owners of the old Hal’s building except that while the LLC has a very Venice name; Speedway Group LLC, its mailing address is as New York as it gets.

It seems New Yorkers are flocking to the West Coast’s Westside, even Beyonce and Jay-Z had been seen dining at Hal’s on multiple occasions in the lead up to the restaurant closing its doors on April 26. The superstar couple were not exclusive to the old school Venice favorite, however, also spotted dinning at Gjelina. It’s been said a staff member was fired after posting pictures of the famous duo on social media.

When asked what the team at Hal’s thought to of $44 million price tag on their old building, they said, “We wish the new owners and our extended Venice community well.”