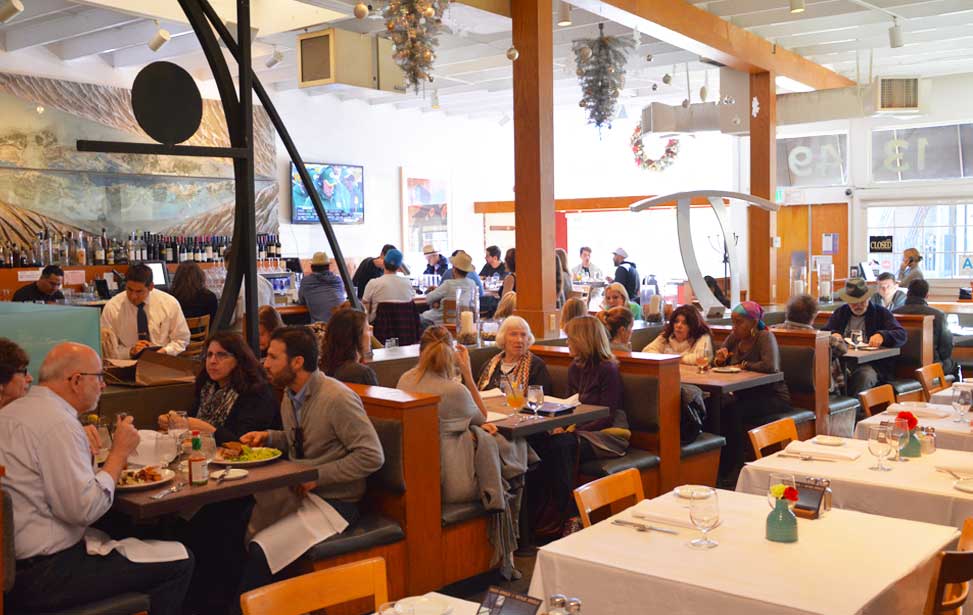 Co-owners of much loved Venice favorite Hal’s Bar & Grill, Don and Linda Novack and Hal Frederick,  have announced signing a lease with Lincoln Property Company this week. It’s a move that will see the award-winning restaurant re-open at Runway Playa Vista after closing the doors on it’s Abbot Kinney location on April 26th.

“We look forward to opening a new Hal’s in this thriving, new community, 3 miles and only a 10 minute drive from Abbot Kinney.” say the Novacks and Frederick in a joint statement.

“We’re taking 4,700 square feet of totally raw space and working with an architect and designer to create the same welcoming, relaxed feel as the original Hal’s on Abbot Kinney. It’ll be about the same size, maybe a touch roomier. We plan to preserve the elements people value most–Chef Manuel Mares’ beautifully prepared food, fine art and live music–and create a vibrant new space and experience that still feels familiar and authentically Hal’s.”

“As we have for 30 years on Abbot Kinney, we want to play a meaningful role in developing and supporting the greater Playa Vista community and making it feel like home.”

Lincoln Property Company’s Executive Vice President, David Binswanger said, “Runway is ecstatic to welcome Hal’s Bar & Grill as a tenant, helping us fulfill our vision of Runway as the place ‘Where Abbot Kinney Meets The Grove.’ Hal’s actively nurtured the welcoming, laid-back, creative, community- focused vibe that defined Abbot Kinney; we look forward to having them do the same at Playa Vista.”

Hal’s Playa Vista is the beginning of a new era for the restaurant  which will also return to Abbot Kinney, though the question of when this happens and exactly where is as yet unconfirmed…watch this space.

Read about the last day of the original Hal’s Bar & Grill here.

School of Rock is the world's most evolutionary music school offering immersive online programs through The School of Rock Method™,...