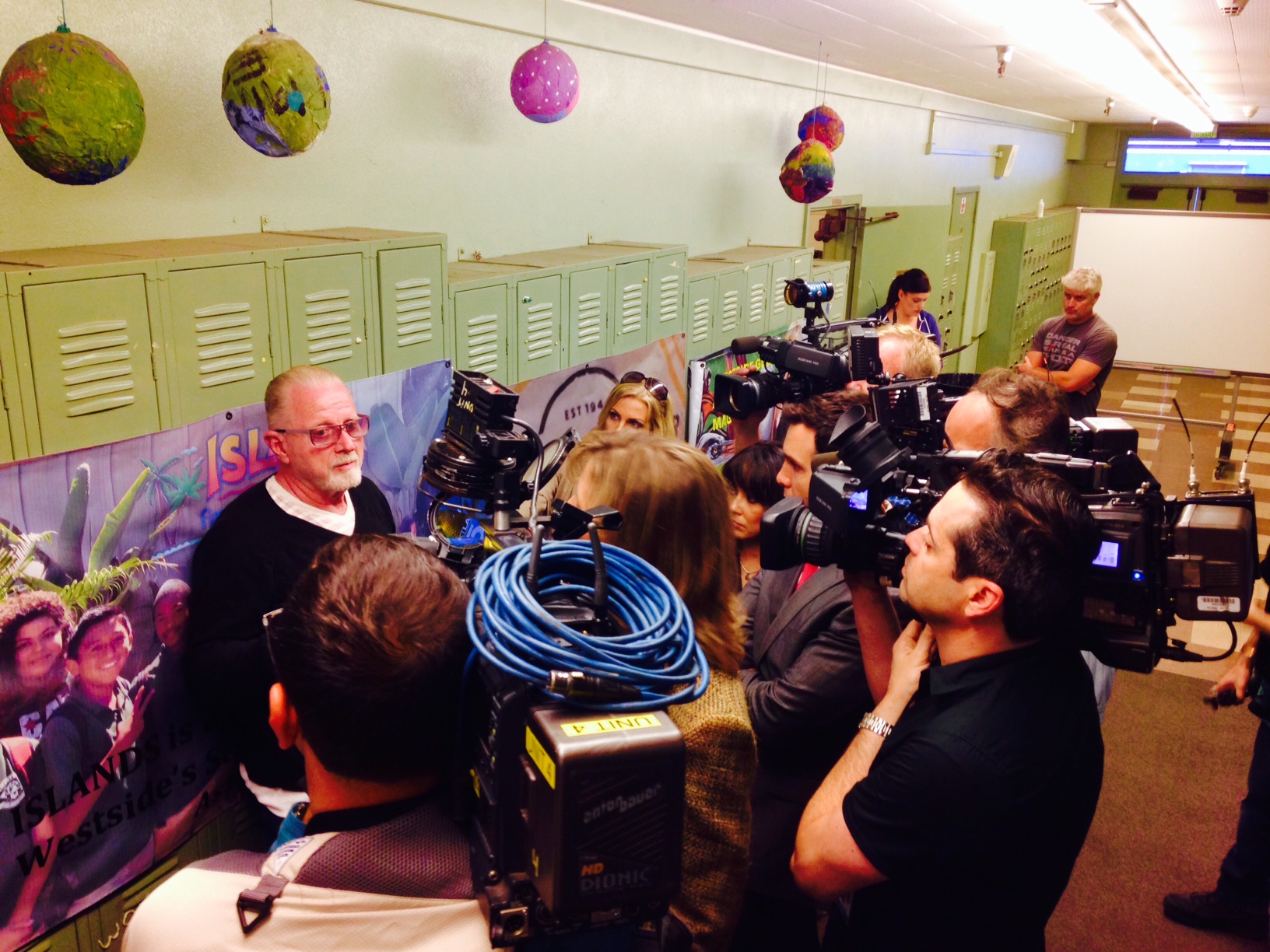 While news crews lined Washington and Pacific the media was locked out. Only YoVenice! was able to gain access.

Business owners discussed ideas for future improvements that would benefit not only businesses but residents in the surrounding in the area.

The meeting had been planned weeks before but the timing coincided with the attack on Cows End owner Clabe Hartley.

Hartley, 72, was pulled to the ground by a homeless man, his fingertip bitten off. Hartley said over the years violence has been increasing in the area “I don’t want to confuse people like this, they call themselves travelers, do not confuse them with the truly needy homeless people” he said.

Kelly Ott, an ex stuntman for Chuck Norris, was at Cows End when the altercation went down. He was one of the patrons who rushed to help Hartley. He also agreed with Hartley that Venice has a problem with increasingly violent homeless “There are these radical, aggressive, professional vagrants. That’s how they make their living”

Hartley is interested in exploring the idea of employing private security to help deter violent vagrants from the area “It’s not the problem that the LAPD don’t try to do something about it but a lot of our laws restrict them, handcuff them, from being proactive.”

A spokesperson from United Guard Security said that the goal of a private security contractor is to “work to assist LAPD, not replace them.”