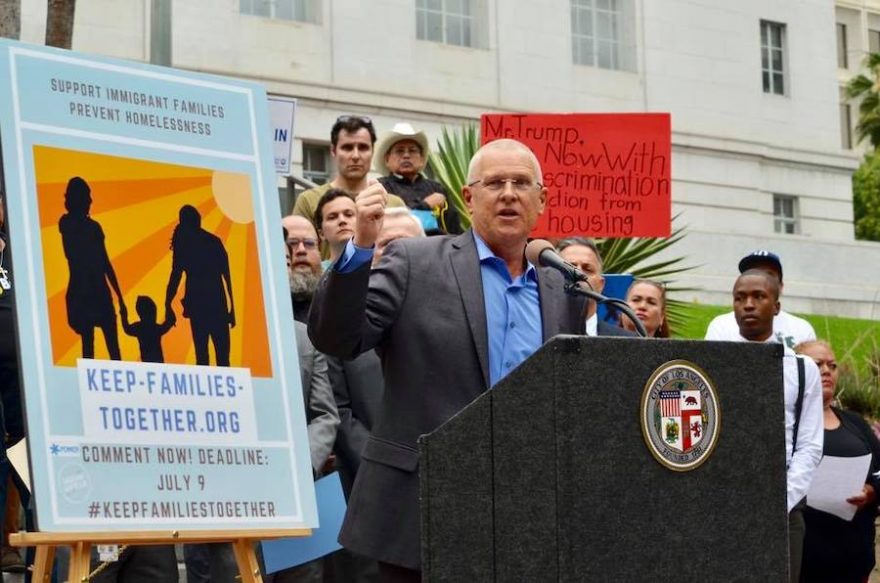 The bombshell news that Mike Bonin will not seek reelection last week completely changes the dynamics and fundamentals of this race now to succeed him versus challenge him.

Power is rarely transferred, and usually taken away, and depending on your perspective the recall was incredibly successful in that the raw number of some 26,000 people that signed was a true wake-up call in every sense of the word.

There are some who believe he is now aiming for county supervisor, but based on the tone and tenor of that video announcement it seems difficult if not impossible for him to transfer resources and energy to another elective office at least at this time.

Bonin wanted to control his exit and the narrative and did so quite nicely. I doubt if he does a live interview with the media on his withdrawal and it seems now LA insider and DPW President Greg Good will enter the race as the downtown candidate to fill the void of Bonin.

Good worked for Garcetti and before that was a teacher and union activist who came to Venice when Garcetti and Bonin organized some door to door canvassing to sell the bridge housing proposal several years ago. He will be the candidate that receives a sizeable chunk of the Democratic Party support and he will be fully funded despite the fact he is unknown and has never sought office before should he run which seems highly likely.

What bound most of us together is now gone with Bonin out of the race.

Good is really a clean extension of Bonin in rhetoric, style and support.

Other candidates may certainly jump-in given the void and vacuum, but probably Bonin was privy to some very negative polling data which accelerated his departure so it can be constructed he left by his own devices.

Never in my memory have I witnessed a coordinated community action like the recall turn local politics on its head!

The next few weeks will be interesting as I assume most of the Bonin support will transfer to Good should he jump in.

But that leaves a sizable, probably a majority of voters seeking an anti-Bonin message that will focus and bring clarity to the dual issue of encampments and rising crime. For the issue was Bonin himself and now he is out of the race, now the focus shifts backs to getting the encampments off the street and curtailing crime, both are doable.

Candidates who think coming up with a solution for homelessness will fail at their own peril. The immediate need is getting people indoors and bringing some normalcy back to Venice and the rest of the district and that means partnering with LAPD and LASD to make it happen.

This council race has just reset. I believe we could see several new faces by filing time.

Nick Antonicello covers the local political scene and is a longtime Venetian. A editorial page contributor, he can be reached at (310) 621-3775 or via e-mail at nantoni@mindspring.com