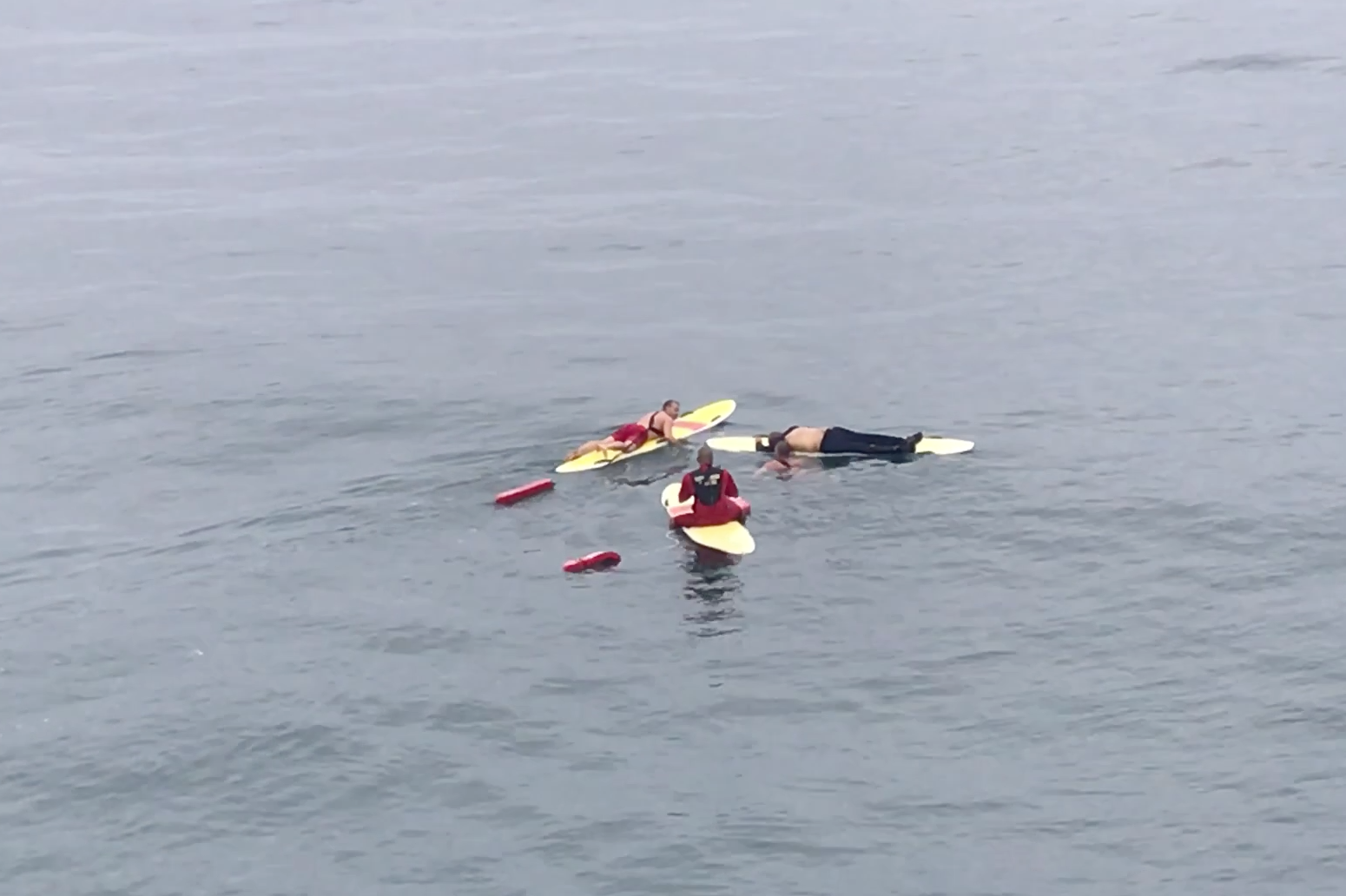 A drowning occurred off the Venice Pier early in the morning of Saturday, May 19 and law enforcement officials are still working out details of the incident.

“A possible Latino man in a tee shirt, jeans and boots was seen walking out on the pier about 6:15 a.m.,” said eyewitness Dru Lewis. “Soon after there were reports of a body floating next to or under the end of the pier.”

According to Captain James Roberts of the Los Angeles Police Department (LAPD) Pacific Division, the radio call was generated at 7:05 a.m. and the LAPD determine that there was “no initial evidence of foul play.” A possible drowning or suicide is being considered.
“At 0705 hours a radio call was generated at 2300 Ocean Front Walk for a possible deceased person floating in the ocean near the Venice Pier, in public view from the pier,” Roberts told Yo! Venice.

Video footage obtained by Yo! Venice plus an eyewitness account of the incident show a lifeguard paddling out to retrieve the body on a rescue board. The lifeguard then puts the body on the board and while he swims alongside.

“He pulled the body on to his paddleboard. Soon after two additional lifeguards on paddleboards came out and they were able to start CPR to no avail,” Lewis recounted. “LAFD Lifeguard’s Baywatch boat came on the scene to pick up the deceased followed by the LA County Sheriff boat.”

Captain Roberts told Yo! Venice that after the lifeguards put the body on their boat, the LA County Sheriff boat came to transport the victim to the sheriff’s station since the water is the sheriff’s jurisdiction. Yo! Venice reached out to the Sheriff’s office requesting more information and they have not responded yet. More information will be published when it becomes available.