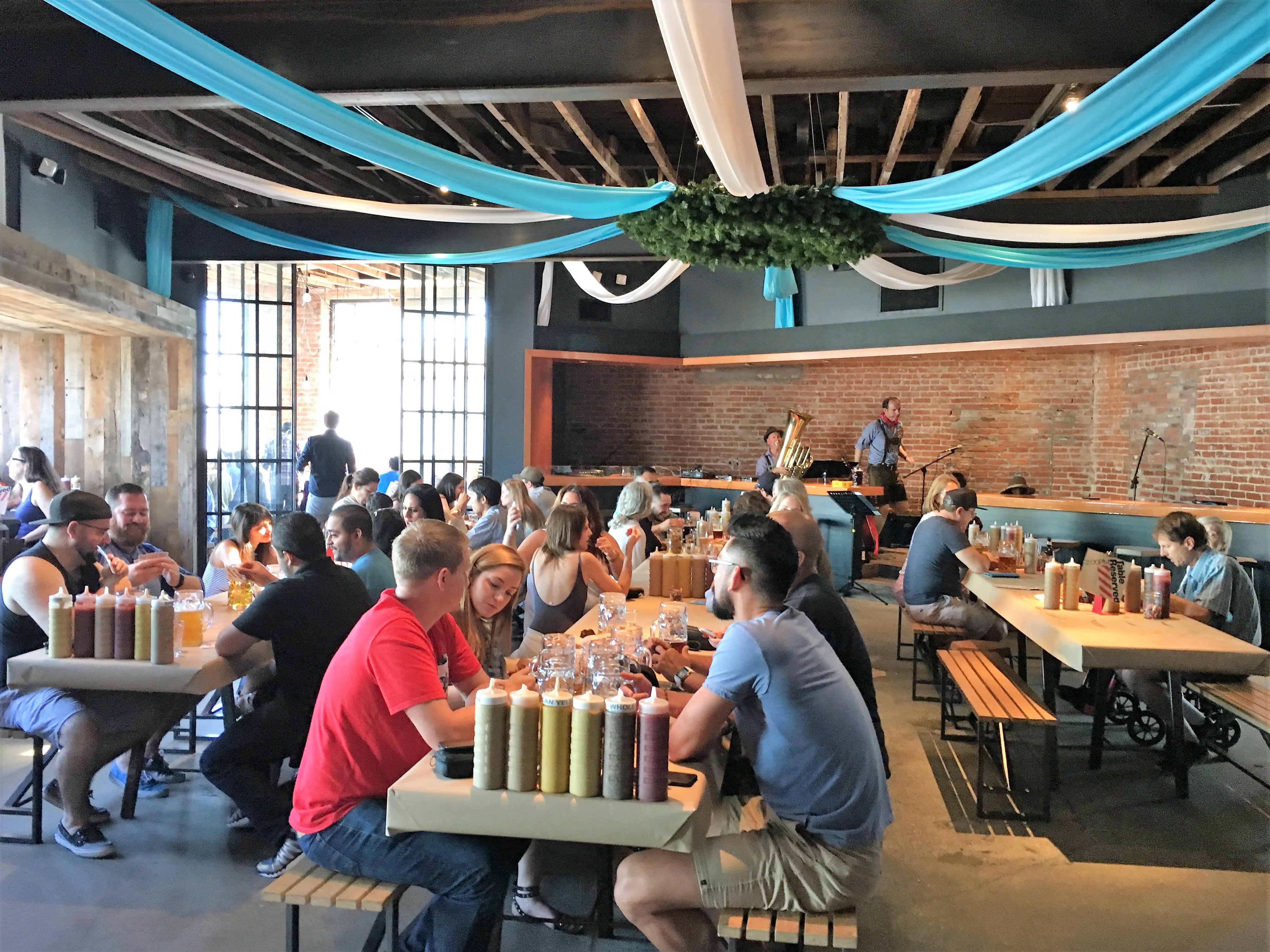 Angelenos hoping to celebrate the German weeks-long festival of Oktoberfest are able to choose between a few options, among the city’s few pockets of German culture. In Venice, Wurstküche in Lincoln Blvd. held an Oktoberfest celebration in the classic German style this past Saturday for German Nationals as well as those simply wanting to celebrate the holiday on the Westside.

Attendees were invited to wear traditional Bavarian clothing, with prizes awarded to the best-dressed in dirndl and lederhosen. Eventgoers had the option to drink beer in liter steins, in the fashion traditional to the German festival, with specials on Oktoberfest beers

given to all participants. Alongside their traditional German bratwurst and kielbasa menu, freshly-baked pretzels were served throughout the day.

After initially promoting the event, Wurstküche received 600 RSVPs and had to close reservations for a period of time due to the enthusiastic response. As the event was getting started in the afternoon, all of the tables not already occupied by a group were marked with a placard that they were reserved for a party at a later time.

A large wreath adorned the restaurant’s ceiling in honor of the festival, and starting at 2pm and continuing until the evening, Munich Boom-steiners played classic Oktoberfest tunes.