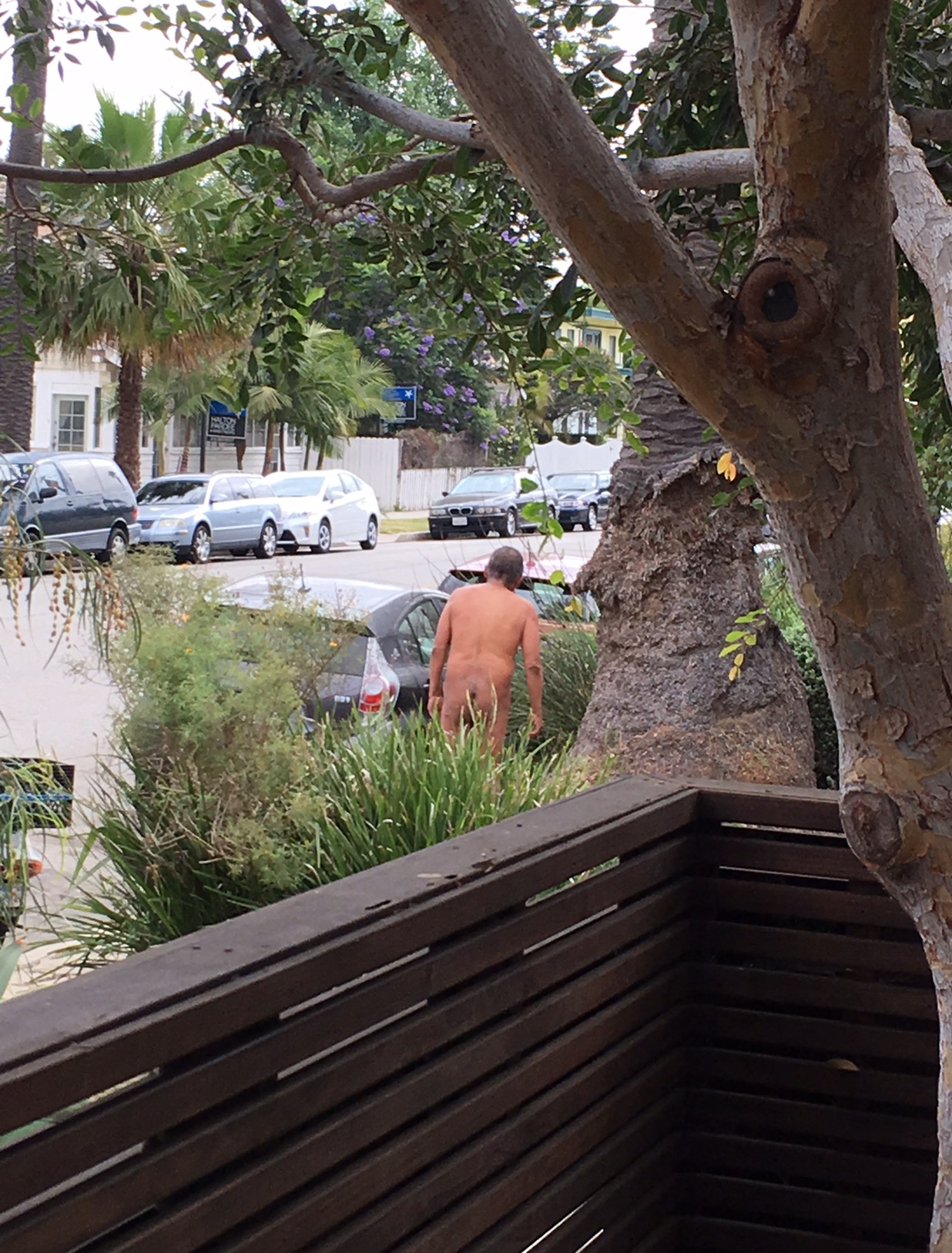 Neighbors on Rialto Ave,. in Venice woke up on Sunday morning July 3rd to find a naked man running down the street.

“Apparently he had not read the fine print of the Venice Neighborhood Council’s topless sunbathing proposal and must have thought we’d already returned to earlier days when nude sunbathing was tolerated in Venice Beach,” said Mark Ryavec, who is the President of the Venice Stakeholders Association and originally reported the story.

The Los Angeles Police Department was called, “Basically he stripped naked and then was having a conversation with himself for an hour before police arrived,” says Ryavec. Otherwise, Ryavec says when Police arrived on the scene the man was coherent and followed directions. Officers discovered the man was a Vietnam Veteran and believe he may have been suffering alcohol withdrawals.

Just last week the Los Angeles’ public housing agency was awarded a $747,843 grant for a program that houses homeless veterans. The grant from the U.S. Department of Housing and Urban Development (HACLA) will go toward staffing to speed up tenancy approvals from landlords, inspections of housing units, personalized housing unit listings, landlord recruitment fairs and other services operated by the Housing Authority of the City of Los Angeles.

“The additional funding will ensure that we have dedicated resources to support this agency’s work,” HACLA President Douglas Guthrie said. “Our veterans must receive the support they need as they try to secure a place to call home.”

Lynn also said while there had been a reduction in Veteran homelessness, “we have a good deal more work to do, but the current collaboration between the City, the County, our non-profit partners and the federal government, the new commitments of resources, put Los Angeles in the best position to leverage our new systems and house our neighbors experiencing homelessness.”