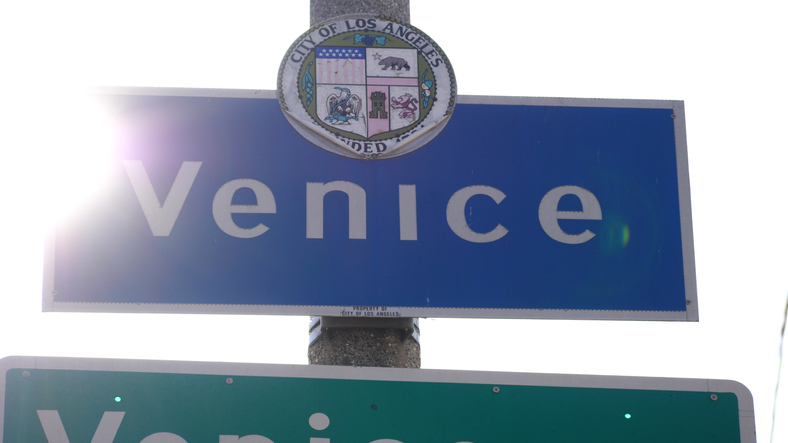 Former US Congresswoman Shirley Chisholm of New York, a 1972 candidate for president said that if “they won’t give you a seat at the table, bring a folding chair,”

For certain economic and political conditions have occurred now that has Venice in the center of things regarding it’s place in LA government and politics.

Once considered a sleepy community by the sea known more for music and alternative culture and lifestyle, this new Venice is now becoming a political player who did not have a place at the table of power and influence like a Santa Monica or the Pacific Palisades.

With the old saying being if you had five Venetians in a room there would be six opinions, Venice has seemingly consolidated it’s interest in alleviating the impact of homelessness on locals as the policies of outgoing Councilman Mike Bonin turned the neighborhood into a “containment zone” with the assumption since Venice already had an established homeless community, adding more unhoused with the result being little in impact or community resistance.

What occurred was the exact opposite.

For the rampant growth of homelessness, particularly at the beach and other parts of Venice had become intolerable and unacceptable to many, was the true genesis of the recall movement that was Venice centric and inspired by the likes of Nico Ruderman and Katrina Schmitt, both locals who were able to gather some 26,000 valid signatures that came within 5% of the total required to spur a recall of Mike Bonin who ultimately switched gears and left the race for reelection to an early retirement from elective office.

Ruderman, who successfully sought a seat on the Venice Neighborhood Council last year is now a leading candidate for the vacancy in the legislature to succeed Autumn Burke in the 62nd Legislative District where he is facing Lawndale Mayor Robert Pullen-Miles on April 5th. A 43-year old father, husband and homeowner, Ruderman represents a new wave of political leadership that lies in the center of things while seeking common sense solutions that are at the core to complex problems like homelessness, mental health and improved public safety.

The massive recall effort of Bonin, which was driven mostly by dozens of Venetians seeking his ouster has resulted in multiple candidates from Venice seeking to succeed him in the upcoming June 7th Primary of which many believe will result in an November runoff should no one receive 50% + one of the vote.

As of this writing we have six potential choices seeking Bonin’s seat that are from Venice, but they all will need to gather the required 500 valid signatures to make the June ballot.

Many believe Venetians Traci Park, Mike Newhouse, Erin Darling and James Murez will meet that threshold and earn a spot on the June ballot.

With that said, the chances of Venice having an assembly member and city councilman all at the same time a possibility lending some new and real influence to the community.

James Murez, the current President of the Venice Neighborhood Council and manager of the Friday Farmer’s Market has concentrated on his long community service with the neighborhood council system was elected in 2021 in a highly competitive four-way race. Mike Newhouse, the popular local attorney and Harrison Avenue homeowner, husband and father of two school-age children has called for the immediate removal of all homeless individuals in a “respectful and compassionate” way. A former zoning official appointee with the City of Los Angeles, Newhouse has served as the Master of Ceremonies for the annual Venice Sign Holiday Lighting sponsored by the local Chamber of Commerce. He kicked off his campaign by the beach earlier this week.

Traci Park, who is also a Venice resident that resides just doors up the street from Newhouse, is a municipal attorney and an early entry in the race. Park to date has raised the most money in what looks to be a crowded and competitive race. In Erin Darling, the only life-long resident of Venice who played Little League Baseball as a youth is a public interest attorney who works closely with the tenant community regarding evictions  served on the VNC as a community officer before resigning to focus on his law practice.

Another candidate, Greg Good resided in Venice for 14 years is a an attorney who served as a mayoral aide to outgoing Mayor Eric Garcetti and then was appointed as a member of the  LA Department of Public Works where he also served briefly as President. A former not-for-profit executive, many see Good and Darling in many ways most similar to the policies of the outgoing council member.

For Venice has changed for better or for worse depending on what lens you view it, but one thing has changed and that is the political activism that is now translating into candidacies and causes that gives Venice a certain and permanent place at the table of power here in Los Angeles and that in itself is a good thing for all locals.

Nick Antonicello is a member of the Outreach & Oceanfront Walk Committees of the Venice Neighborhood Council and can be reached via e-mail at nantoni@mindspring.com or (310) 621-3775.