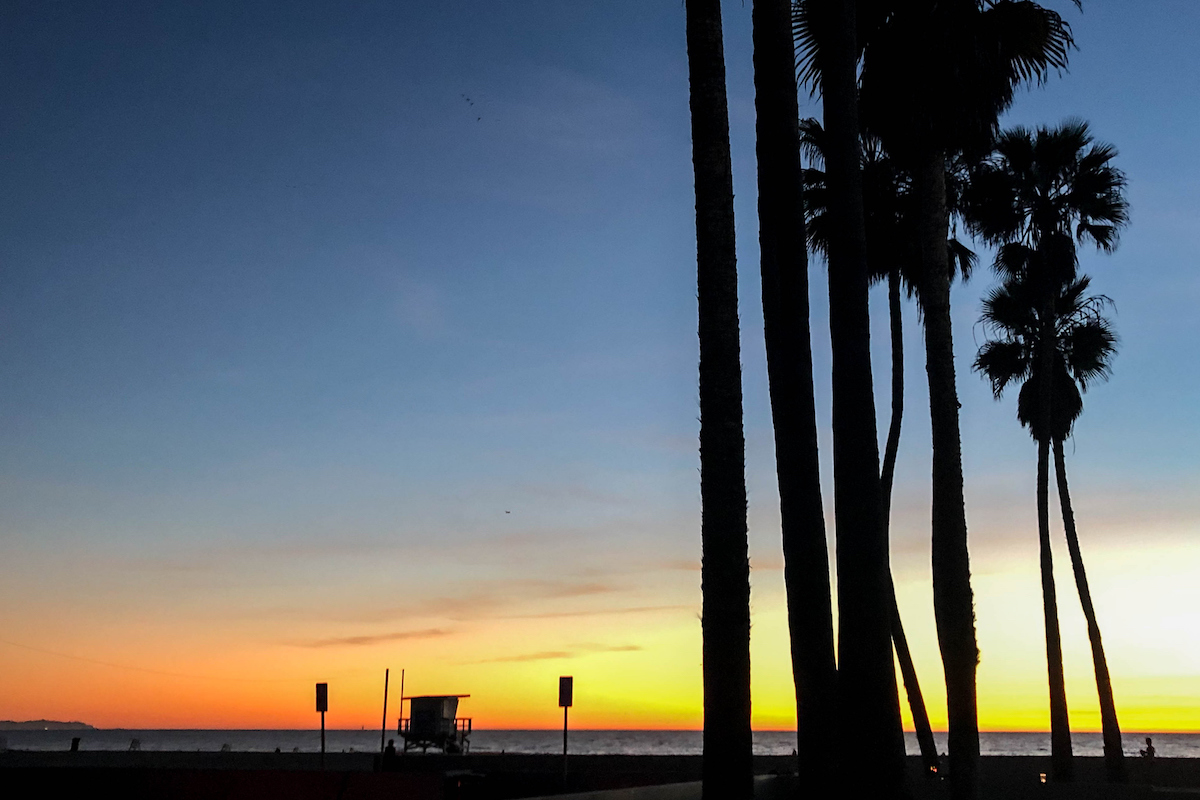 Bonin, COVID-19, crime, homelessness and the recall should continue to dominate the Venice landscape in 2022!

Just when the handcuffs of living with COVID-19 seemed to subside, the country and state are seemingly back to square one as the surge in this never-ending pandemic continues to plague our nation and Venice once again.

The recent 4th Venice Sign Lighting seemed to be an indication that better days were ahead and getting back to some semblance of normalcy could possibly follow.

But the streets of Venice have been empty this holiday season, and the heavy rains and bad weather make things feel like a ghost town of sorts.

It has been tough times for our community as we continue to shoulder the burden of high crime, rampant homelessness and continued encampments on our streets with most asking the same question, when will things get better?

The spike in COVID-19 cases with this new variant have most on edge, trying to find a place to be tested and wait periods for vaccination and boosters have become lengthy and  hardly comforting.

And all of this has put a damper on holiday cheer and the prospect of a better and more hopeful New Year, the challenges of 2021 are following us squarely into 2022!

For the battle for the future of Venice continues as unpopular development projects like The Mediancontinue to move forward no matter how much local opposition mounts.

For one looks at things and wonders, do those who live in Venice have a say or a voice in our community’s future?

Turning Venice into this virtual “slum by the sea”  is scary and real.

For Venetians seem to have lost any “stake” as the stakeholders and forces outside of Venice are now seemingly in charge.

Whether it be embedded political insiders like Councilman Mike Bonin or his “not-for-profit” cronies who are controlling the public policy conversation, those who live here feel things are continuing to slip away and many have become somewhat desperate on to where and who to turn.

With Venice so diverse in so many ways, the one individual that has become the rallying cry for Venetians is the expectation of the recall of Councilman Mike Bonin himself.

For the organic and grass roots success of this community movement lies with Venice locals Nico Ruderman and Katrina Schmitt, Democrats both steadfastly committed to the removal of Mike Bonin from office in this “David & Goliath” struggle that saw a band of motivated volunteers gather nearly 40,000 signatures to force a potential special municipal election and remove him from office sooner than later.

With this committed band of community advocates who worked post offices, retailers and farmer’s markets, what was considered impossible is now apparently probable as recall supporters now await official certification of the signatures and the call for that moment to finally fire Mike Bonin!

It was a mixed bag of individuals, but mostly disgusted Democrats who view Bonin based on his failed record, and not offering him yet another free pass because to his party affiliation!

Let’s face it, it took another brave Democrat in LA County Sheriff Alex Villanueva to put out the fire at the beach in the form of unbridled encampments that Bonin chose to ignore until he could no longer look the other way!

And now the dynamics of  LA politics has changed as the thought of a successful recall is now real and impending as we enter a new year and possibly a break from the political status quo.

For the political fantasy that the Bonin recall is Trump inspired is just that, a boldface lie concocted by Bonin’s handlers and Bonin himself.

For recalls are truly all about the math, and the math indicates a stunning rejection of an elected official who does not listen, engage or discuss the issues that Venetians really want to talk about.

For the condescending tone of the Bonin response, the lectures and his “let them eat cake” reaction to his failed record has fallen on deaf ears.

For nobody doesn’t really like Mike any longer and he only has himself to blame.

For 2022 will be a political marathon and hardly a sprint to the finish line as new candidates and alternatives make their way into the race with two from Venice and another from the Palisades already testing the waters.

For one hopes a candidacy driven by the notion that the encampments must end, the unhoused must be brought inside and that LAPD and LASD work in unison to clean up the crime wave that plagues us is the solution we all seek.

That the shackles be taken off LAPD and the rest of the public safety community so that once again they are part of the solution and not cast away as the problem by the likes of Bonin and his far left cronies who want to eliminate a credible crime-fighting component to the current crisis at hand!

For the issues are obvious and the solutions when properly administered will bring the change most seek and this notion of right is somehow wrong and wrong is now apparently right will once and for all be stricken from our local political discourse!

For Sheriff Villanueva understands the basic premise of public safety which is to keep neighborhoods like Venice safe.

Villanueva is a straight shooter and is not afraid to tell us how it is.

It was the very reason he was applauded and lauded by Venice at the sign lighting on December 4th.

For he has the back of Venice and can be trusted to do the right thing.

Villanueva stands with the people, their property, homes and businesses.

But what about this “new wave” of challengers to Mike Bonin?

Will they be clear and concise in their opposition to Mike Bonin or will they avoid the political engagement one is demanding in this race for city council?

Will they publicly endorse the recall and understand that a “yes” vote is tantamount and paramount to any single candidacy?

That removing Mike is the objective, first and foremost?

For is the staffer of a school board member the background that is required to structurally change the LA City Council?

Does coming from one failed billion dollar bureaucracy like LAUSD the experience to cure another called LA City government?

And do we really need another lawyer in politics to take on a system lawyers for the most part created in the first place?

For what is slowly developing into a collection of candidacies that cannot compete, much less win; maybe 2022 will reveal a different face that has the “right stuff” to topple Mike Bonin?

For that is the straw that will certainly stir the drink for 2022.

The author is a member of the Outreach & Oceanfront Walk Committees of the Venice Neighborhood Council (www.venicenc.org) and can be reached at (310) 621-3775 or via e-mail at nantoni@mindspring.com