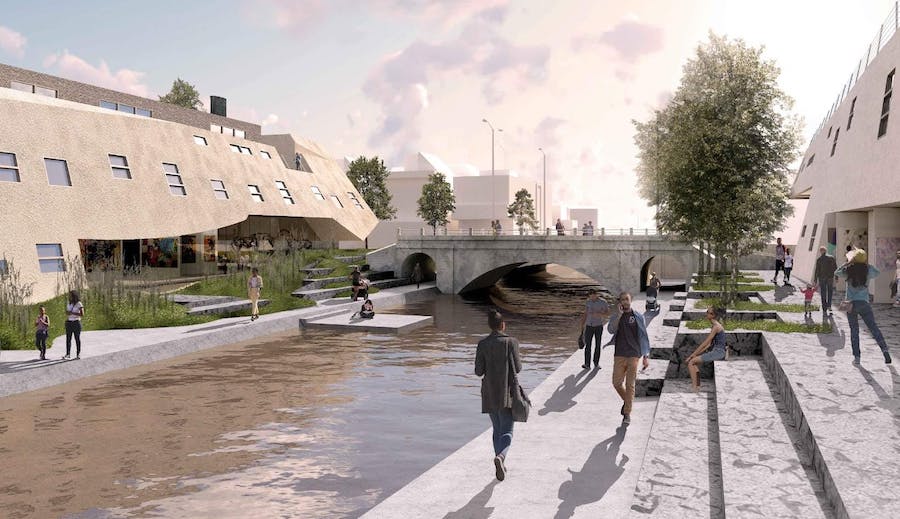 There are those who believe community advocacy is writing a large check and going to court to get what you want or desire.

Litigation or political action, for that is the choice for those in Venice who want to stop such outrageous development boondoggles like the Venice Median Project, that has lost its name but still has the weight and clout of the LA City Council.

For why would every council member vote yes or least 12-0 with three members not voting for a project everyone in Venice for the most part despises?

In effect, why does the majority not rule?

For where is the support for this construction of a virtual housing slum next to some of the most expensive residential properties on the Westside in what most regard as a tourist destination hub?

Who believes creating a crime source at the canals a good thing?

And what impact will this proposal have on the homeless issue anyway?

140 units being constructed specifically for the Venice homeless?

The situation at the boardwalk and the rest of Venice will remain virtually the same with this proposal being populated by homeless individuals from all over Los Angeles.

One of the better kept secrets of Bonin and his not-for-profit cronies.

In essence, creating housing for the homeless in Venice is the goal because the homeless have a right and privilege to remain in Venice according to Mike Bonin?

For other than these twelve knuckleheads that voted “yes,” and the other three lacking the character or courage to vote at all, why would they endorse Bonin’s pet project?

Because these fifteen council members could care less about community concerns or objections and they all protect each other’s collective backs by voting for a proposal that in some strange sense gives them political cover.

They all can say they expended our tax dollars to fight homelessness.

It doesn’t matter that it will not work, it just matters they did something no matter how ineffective and ridiculous!

It can be plastered on some useless mailing or press release, in effect we did something, even though it amounts to nothing!

And those well-intentioned souls who are weeding through the bureaucratic grass trying to find some technicality or flaw to stop the project, I say good luck.

Did anyone learn anything from the Bridge Housing disaster?

The same tired arguments were brought forth and ignored.

For CEQUA reviews are now regularly bypassed and ignored for public projects that effect the homeless.

Do you really think a notification error or an agenda miscue is going to stop this madness?

These new apartments, averaging about 460 square feet are the solution in the minds of the embedded, downtown political insider.

So you have the Bridge Housing blunder, strike one.

And now this project without a name, three strikes and the people of Venice are essentially out; represented by a clown councilman who has made it clear he does not care about public opposition and all the rage against the proposal is really from “obstructionists,” even if these so-called obstructionists represent the overwhelming majority of Venetians who actually reside in Venice.

Further humiliating Venetians and only allowing “thirty minutes” of public comment when most of the council members were not even listening, what more evidence do you need that the only route to changing the system is through political action on the ground and not useless litigation that has not, and will not work?

For Mike Bonin hates the housed and loves the Venice criminal transient.

Hates the parent, but loves the drug addicted that prevents that Mom or Dad from safely bringing their children to school?

Yes Venice, to Mike Bonin and his followers you’re a segregationist NIMBY and obstructionist to his social engineering schemes and has every intent to stick this project down your collective throats, the harder the better so you know who’s really in charge!

For how does a guy with an unfavorable rating in Venice close to 80% does as he pleases, whenever he pleases?

You want to stop this project, stop writing checks to lawyers and start organizing politically and fully funding the current recall effort which is what he really fears because he cannot control the outcome.

The legal path is a failed,  stacked deck Bonin wins every hand.

To beat back the Venice Media Project, you must beat Mike Bonin.

Do you get it now people?

The author is a member of the Oceanfront & Outreach Committees of the Venice Neighborhood Council (www.venicenc.org) and can be reached at (310) 621-3775 or nantoni@mindspring.com