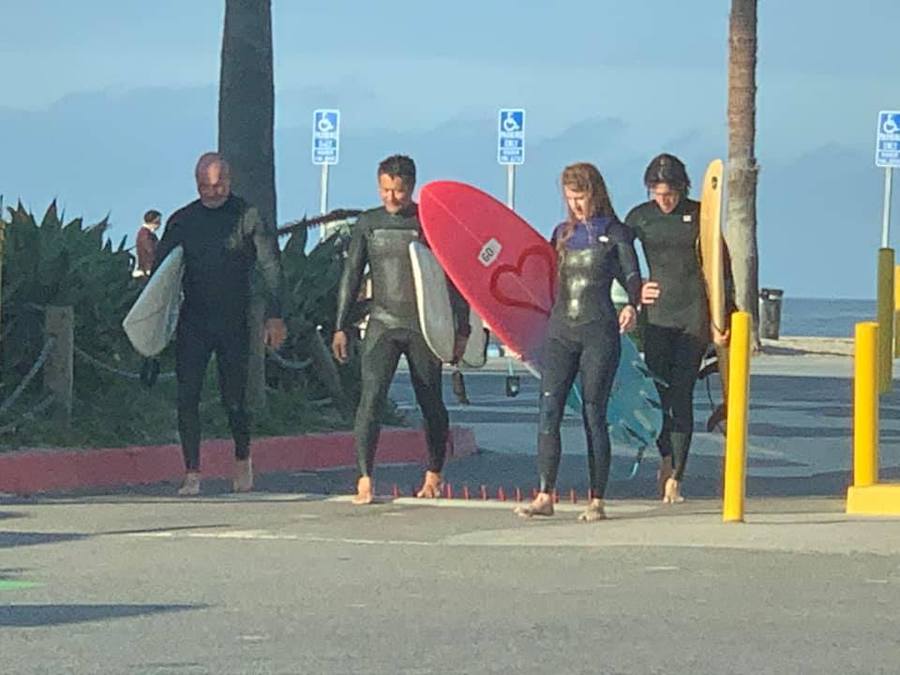 What does surfing have to do with local self governance?

The Venice Neighborhood Council is comprised of twenty-one elected volunteers who take no salary or compensation and deal with an array of data and information that is distributed to the public.

They weigh-in on land use issues and serve as a buffer to a woefully detached, LA city government too dysfunctional to mention here.

In a city of 4 million, Venice is roughly one percent of that population which is dealing with an array of complex and complicated issues now in the midst of a pandemic.

While I comply with the current social distancing guidelines, hundreds if not thousands of people do not as it applies to Venice Beach in or outside the water!

Let me repeat that, hundreds if not thousands are breaking the rules each and every day since the lock down was imposed.

I live just yards from the Venice Pier and watch endlessly as bikes, scooters, runners and alike with no masks or gloves gather at the beach for morning jogs, bicycle rides on a path supposedly closed as well as a beach that is closed, yet hundreds continue to congregate without consequence or warning.

No tickets, no warnings, no real enforcement of these new rules.

Even by your own admission, the surfer in question would not be an issue had they not volunteered to serve in this stakeholder capacity.

In fact anyone at the beach snapping images would also be in violation of the same guidelines since the beach and boardwalk are allegedly closed.

Yes, the rules do apply to everyone.

So is the issue really to embarrass a single board member, or to question why anyone is at the beach in wake of the closure?

To call for resignations of people that serve for free?

You want to fire a volunteer?

You want the President to resign because you didn’t like his response?

Quite frankly, when was the last time this medium attended or covered a VNC meeting or subcommittee event?

Finger pointing and silly criticism in serious times demeans public service from people who are ordinary citizens, not political professionals earning in the hundreds of thousands of dollars to provide constituent services that are lacking by any reasonable standard.

The Los Angeles City Council is the highest paid legislative body in the United States today.

The fifteen members of this dubious body earn in excess of $300,000 annually when you consider their complete compensation including free health benefits and pensions for life, also in the hundreds of thousands of dollars annually after their “service” is over!

VNC board members don’t even get a t-shirt!

These compensation packages are so obscene when compared to New York City, where the municipal council is triple the size, makes half in salary and has double the population!

LA City Council members earn more than Members of the US Senate, the House of Representatives; Speaker of the House, most Governors and the Vice-President of the United States!

Criticism comes with public service and rightly so.

But isn’t this really displaced criticism?

Criticism that should be squarely aimed at the real policy makers that actually manage and operate Venice, a destination venue of Los Angeles?

The VNC is advisory in capacity and jurisdiction. Is this kind of random criticism truly necessary?

Yes, it can play a role that is impactful and serve as a sounding board for locals in wake of a city government that does not have the interest or ability to care what locals truly think about the array of issues facing Venice.

But the VNC did conduct a Community Survey and here is a link to that data which went ignored by most media outlets, including this one.

For “Gotcha” news is no news at all!

The writer is a volunteer member of three (3) VNC sponsored committees and is hoping the boardwalk and beach will open soon.

By Yo! Venice Contributor May 11, 2020
in News, Opinion
Related Posts