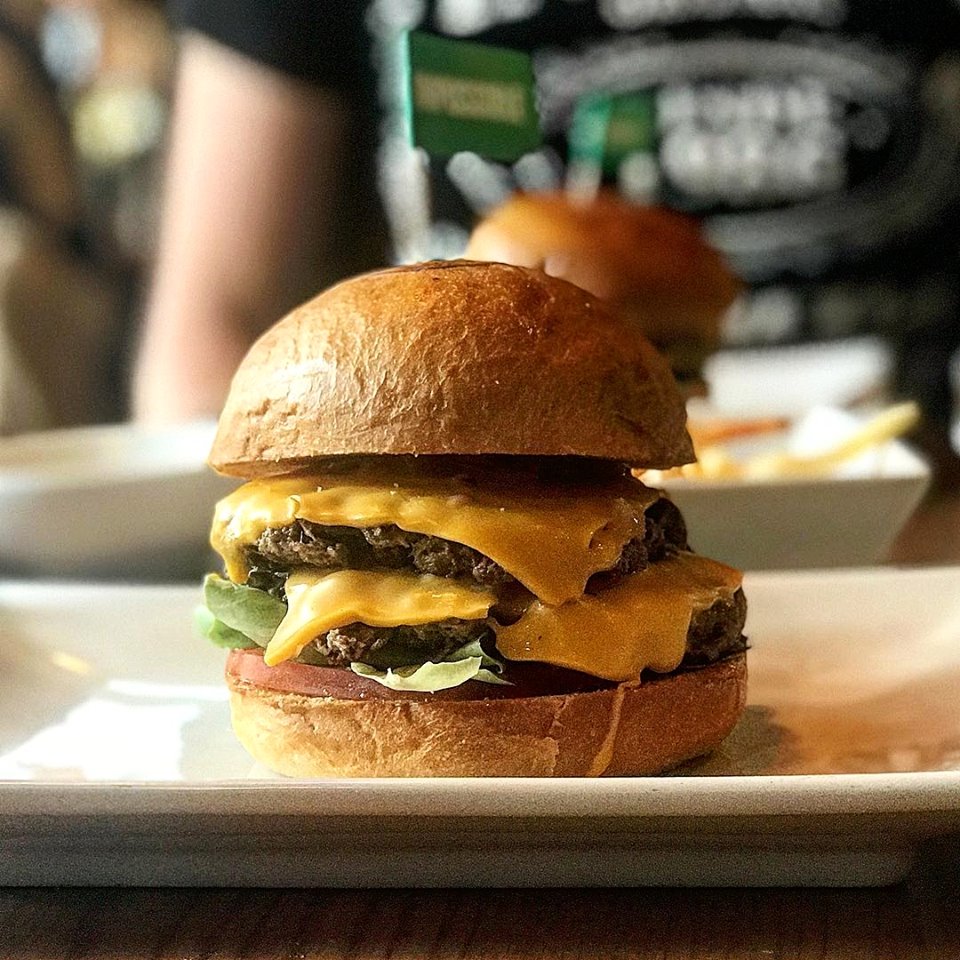 There are people who are picky about their burgers and then there is Father’s Office, whose strict non-modification policy prohibits even the pickiest of eaters from requesting substitutions (even ketchup) on their burger.

With two locations on the Westside (Santa Monica and Culver City), Father’s Office has been churning out burgers and pouring brews since 1953. Many people credit Father’s Office from kick-starting the artisan burger trend when chef Sang Yoon took over the bar and restaurant in 2000. Yoon set out to make a gourmet burger and thus the Office Burger was born. In 2008, Esquire called the Office Burger one of the best burgers in the world.

Prior to the Office Burger, most burgers were made with bland filler ground beef, which is why people came to slather their burgers with ketchup and spreads. Made with dry-aged beef, however, the Office Burger is anything but bland. Rich and slightly gamey, this bold-tasting burger is topped with caramelized onions, Gruyère and Maytag cheeses, applewood-smoked bacon compote and arugula served on a soft roll and with no ketchup or anything other spread. These toppings are not overpowering, simply serving as a compliment to the meat, the forefront of the Office Burger.

With an impressive list of beers on tap to go alongside this world-class burger, Father’s Office is the place to be on National Cheeseburger Day. Just don’t act blue when the cheese turns out bleu.

There are countless restaurants offering up $10 + gourmet burgers that may tantalize taste buds but are far removed from the no-frills, quick-bite nature cheeseburgers take their roots in. Big Jo’s, located on the corner of Broadway and 20th in Santa Monica, keeps the burgers simple, cheap and delicious.

A Westside staple for nearly 60 years, Big Jo’s thin patty cheeseburgers could have come straight out of a 1950s diner. Wrapped in tin foil and served in a paper bag, this may not be the place for a romantic date but it is the place to get a meal that hits the spot.  Seasoned to perfection, a Big Jo’s cheeseburger is an ideal choice for local eaters looking for a quick and easy lunch.

The Apple Pan is the gold standard for many Angelenos when it comes to burgers and is regarded by many as one of the best burgers in the world. The Apple Pan was founded in 1947 and while over the years has been the subject of much praise, nobody has described this world-class burger as well as world-class food critic Jonathan Gold did.

“The thin, slightly charred beef patty becomes basically another texture in this sandwich, more valuable for its crunch than for its juice — the lunchroom burger is essentially a short-form essay on crispness,” Gold wrote in his 2013 Los Angeles Times review. “When you are seeking greatness, turn to the Apple Pan.”

The burger at the Apple Pan is simple: a thin patty with cheese, iceberg lettuce and pickles with an option of hickory sauce. This burger has not changed in over 70 years and one bite will let you know why.

Umami Burger gets its name from “umami” which translates from Japanese as a “pleasant savory taste.” Along with sweet, salty, sour and bitter, umami is one of the five basic tastes. Every burger at Umami contains umami-rich ingredients. The meat (American Wagyu beef) is seasoned with umami-sauce, which contains soy sauce and many of the burgers are topped with Parmesan cheese, another umami-rich food.

With 25 locations around the world, Umami Burger is by no means unique to Los Angeles. But with a burger that tastes so good, Umami Burger should be tried by every burger-lover in town, especially on National Cheeseburger Day.

By Yo Venice Staff September 18, 2018
in Dining
Related Posts