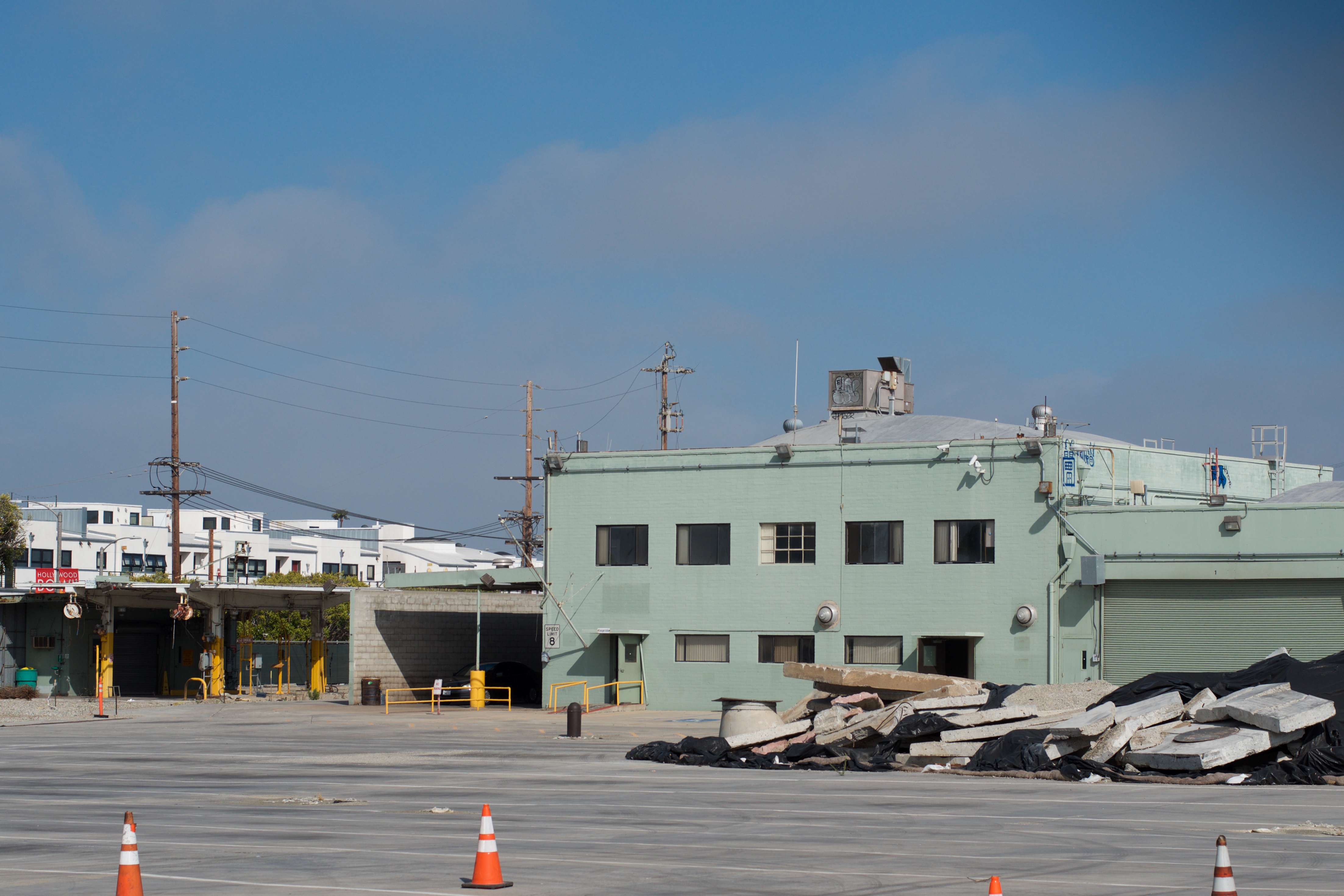 The old Metro Transit Authority (MTA) bus yard on Main Street looks like any other empty lot, but despite its derelict appearance, it has become the center of a debate in Venice about housing individuals experiencing homelessness.

City Officials are interested in creating bridge housing in the 3.15-acre lot that takes up an entire block between Pacific Avenue and Main Street south of Sunset Avenue. MTA closed the lot in 2015 after receiving multiple offers from developers interested in the site. The property can be used for housing for the next three years,  however, because there is no deal in place.

“Providing housing at the old bus yard will help focus outreach and services on the largest concentration of homeless people on the Westside of our town,” said  City of Los Angeles Mayor Eric Garcetti.

The proposal is part of Mayor Garcetti’s “Bridge Home” program which seeks to provide bridge housing to individuals who have received a housing voucher but are still waiting for a unit to become available.

“When someone gets a housing voucher, it may take them months, or even longer, to find an available unit. And in the meantime, they’re essentially told to wait in a tent on the sidewalk,” said Los Angeles City Councilmember Mike Bonin.

Bridge housing is different than the City’s emergency winter shelters, which separate couples and family members by gender and prohibit individuals from bringing personal belongings.

“In bridge housing, people have a place to call their own, 24-hours, 7 days a week. They have access to restrooms, showers, storage and three meals a day. Residents are allowed to bring their belongings, bring their pets and stay with their spouses, partners and family members,” said Christina Miller, Senior Project Manager in the Homeless Strategies Office of Los Angeles Mayor Eric Garcetti.

Mayor Garcetti asked every Councilmember to look at encampments in their district and to find locations for bridge housing. According to Councilmember Bonin, the former MTA yard was a popular choice among constituents for a location.

“One suggestion kept coming up, again and again, more than any other – the former MTA bus yard on Main Street,” Bonin said. “The property is large, vacant and close to existing encampments.”

Housing projects of this scope usually generate public debate and discussion and this one is no exception. On June 13 Councilmember Bonin held an open house at Westminster Elementary for the public to learn about the proposed project and voice their opinions. Almost 500 people attended the event that lasted over two hours.

“There were strong and vocal opinions on both sides, but the clear sentiment I am hearing is that #VeniceSaysYes to alternatives to encampments, and is eager to help shape and design a project that works for both housed and unhoused Venetians,” Bonin wrote in a post published on Facebook following the event.

Yo! Venice was unable to attend the event but according to an attendee named Stephanie, who requested to be referred to by only their first name,  Bonin’s assessment that Venice clearly supports the project is inaccurate.

“I do not agree with that,”  Stephanie said. “I am angry that Mike Bonin is spending more time and money to publicize that ‘Venice says yes’ instead of actually communicating with the residents of Venice about this project so we can make an informed decision.

David Graham-Caso, Deputy Chief of Staff for Councilmember Bonin told Yo! Venice, however, that according to a recent phone survey, Venice residents do seem to support the proposed housing project.

“The Councilmember’s political committee recently called more than 10,000 Venice residents to make sure they had heard about the program and to invite them to the open house. Of the nearly 1,200 people the callers spoke with, more the 65 percent of respondents said they supported bridge housing at the former MTA lot,” Graham-Caso said. “The results of the survey reflected a demand to start the A Bridge Home program in Venice, the community of Council District 11 with the largest homeless population. The most common suggestion from people who recommended we focus on Venice and offered a nearby location was the bus yard.”

On June 20th, City Council’s Homelessness and Poverty Committee approved a motion submitted by Councilmember Bonin that instructs the City Administrative Office and Los Angeles Homeless Services Authority to work with the MTA to evaluate the lot “to determine if the property is suitable for development as a crisis and bridge housing facility.” The motion now must be approved by the City Council as a whole. According to Bonin’s office, if the motion passes, the specific timeline will be determined by factors such as design, but the facility is expected to open in either late 2018 or early 2019.