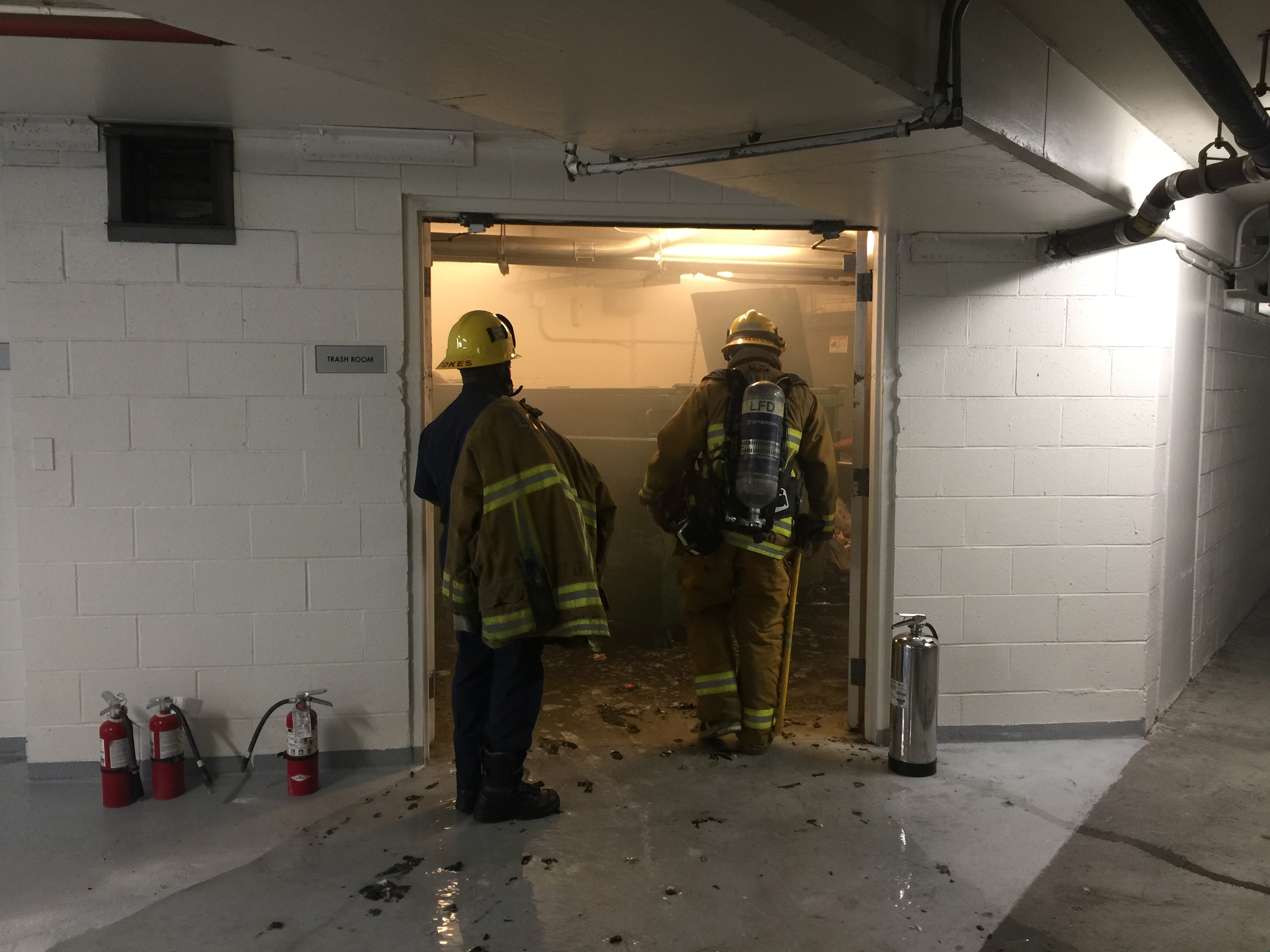 Venice Fire Station 63 firefighters responded to a fire at a complex in Marina del Rey on Wednesday, August 30.

With the garage filled with smoke, the building was evacuated. So far the cause is unknown. However, building security said it appeared someone had thrown something smoldering down the trash chute.

Building management wrote in an email to neighbors, “At approximately 1:00 pm, smoke was detected in the back of the house trash chute. All systems worked correctly and fortunately, there was no major damage and no injuries were reported, the fire was quickly contained.”

Watch video of the aftermath…