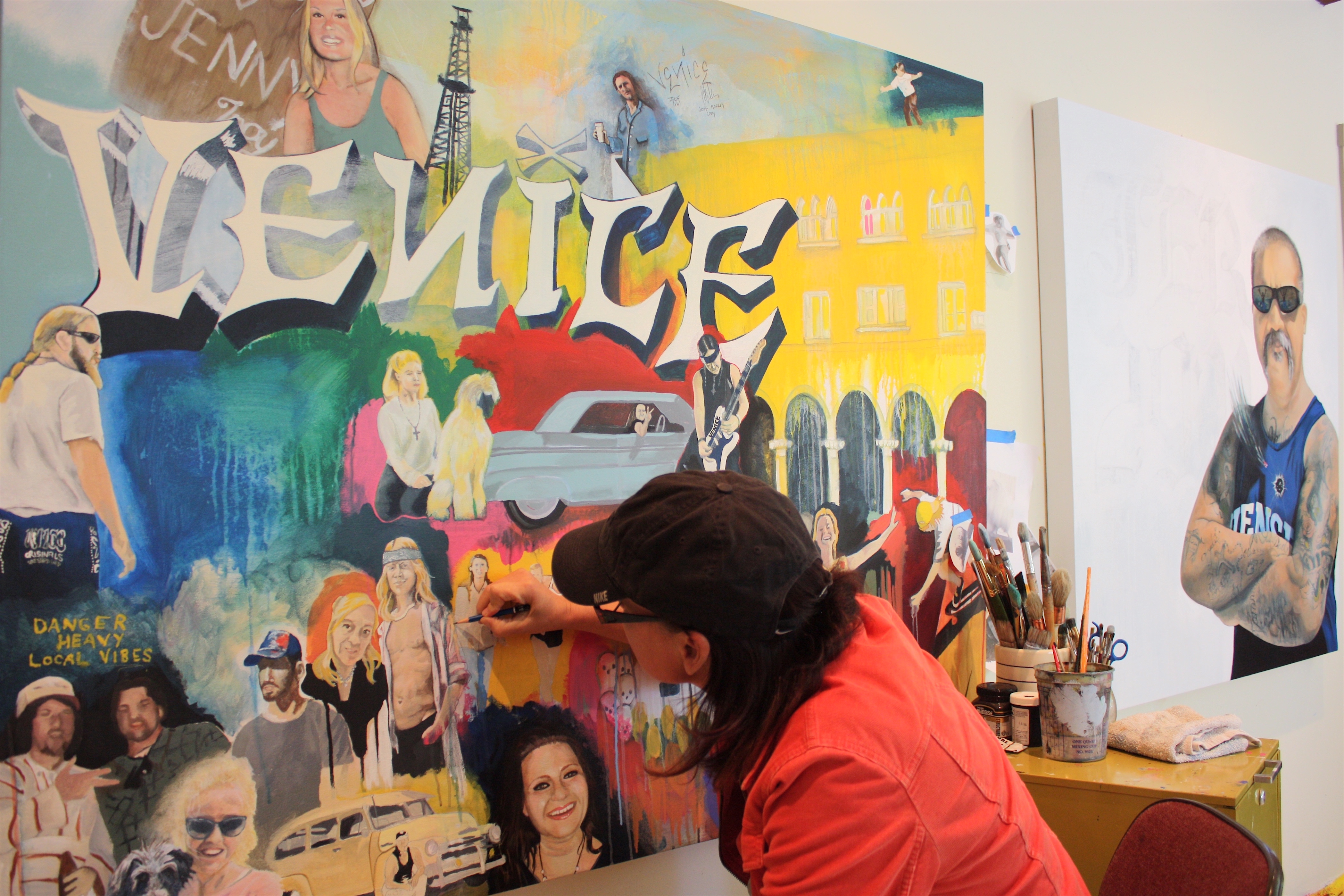 Artist Ruth Chase grew up in Venice. She is currently working on a series of paintings inspired by Venice, and it’s people. Called the West of Lincoln Project, here Chase talks about the inspiration behind her upcoming exhibition.

My name is Ruth Chase; I grew up in Venice during the 80’s. This was a time when Venice was a haven for all things free and unbridled. Open-minded free spirits, a lifestyle that people still come to Venice for today.

However, in the 80’s this place was not for the weak. Drugs and violence littered the already depleted Venice, especially west of Lincoln, where the most diverse population lived and was becoming increasingly disadvantaged. It was also during this time that Venice became a household name and not always for the right reasons. When I was growing up here, if I went too far inland, often, people didn’t know where Venice was, leaving me to say “you know Santa Monica? It’s next to there.”

It’s hard to believe when you look around now that it was the way it was. Venice was kind of an eyesore and considered a risky place to go to, just to see the beach. If you wanted to play it safe, going to Playa del Rey would be then next stop. Yet, with the interest in roller-skating for the public, Venice began to have a touristy identity, not to mention the skate and surf community bringing Venice something to be proud of.

Anyhow, this place is wild and ever changing. It’s a place that makes and breaks people. As I started to interview people for the 12 individual portraits, I realized that the backbone of this place today, is the population of people who weathered the 80’s here, if not longer. And what I soon discovered was that these people are tough and have a depth of wisdom that you can’t find in any self-help book. Call it the school of hard knocks, streets smarts, whatever you need to call it. It’s a treasure, not to be overlooked.

Venetians (I really don’t like that term) have lived through some of the hardest times, with not much help. That is why I decided to put the 13th painting in the project. The group painting, it is about the way Venice is looked upon by the outside world, our neighbors, the businesses that are here, and from many fragmented angles.

This painting is a college of perspectives meant to leave the viewer with a sensation that Venice is its own place, unlike any other. It makes people come alive, dream, and take the world by the balls. It is my personal hope that the whole series could be a conversation for any community that is undergoing big changes quickly. A conversation that asks why is this place like this? Who are my neighbors? Why are people valuable in a community? And, what can I do to connect and come together?

Artist Ruth Chase on the rooftop of her house on Rialto Ave., in 1984.