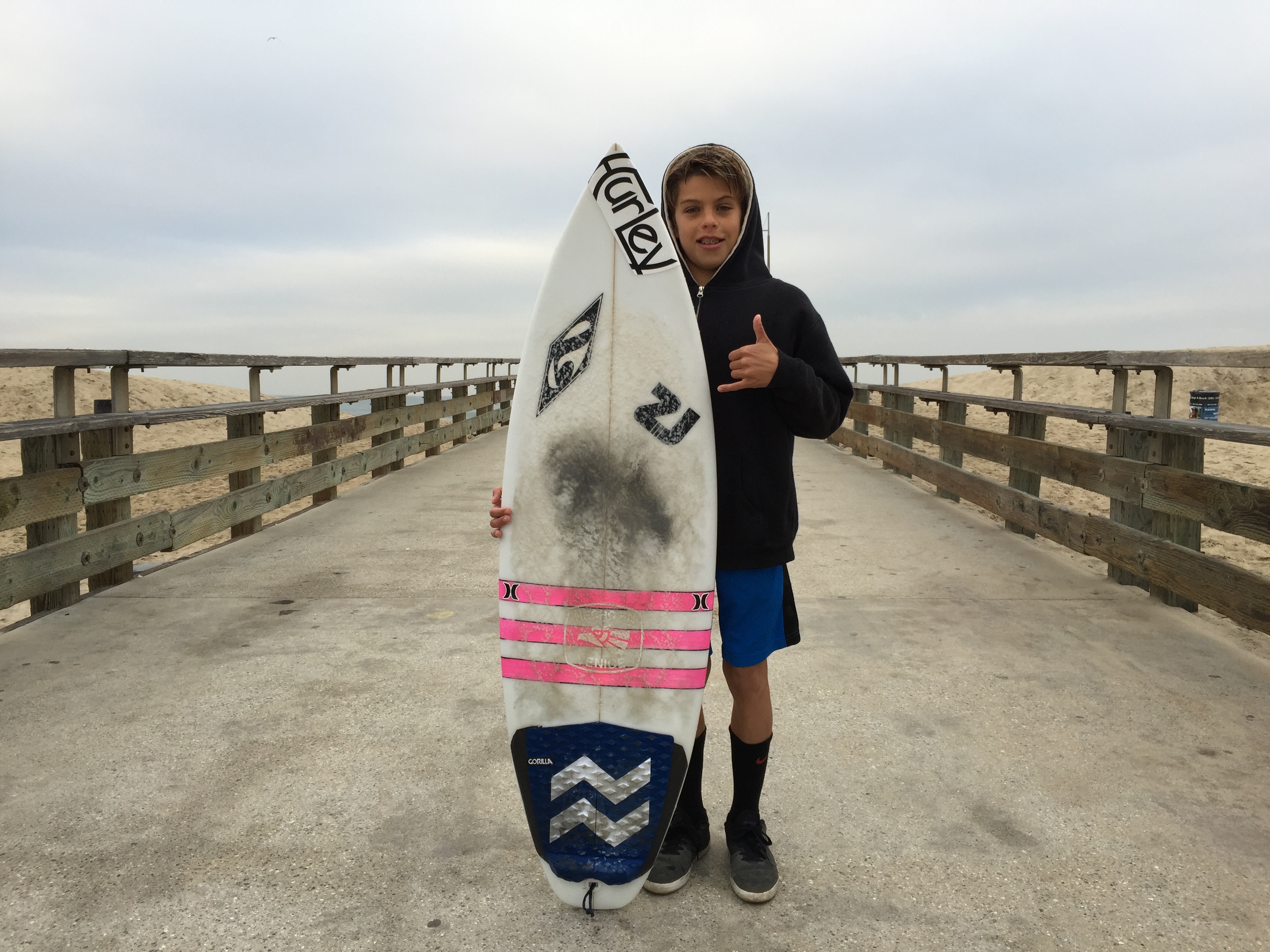 Beck Adler made the most of the waves in 2016

The surf was good in 2016. In January, local grom Beck Adler wowed on the waves as he surfed the break down by the Venice Pier. Only 13-years-old, Adler had been surfing for 11 years. Longer than some of the older crew.

From his spot on his board in the water, Beck said he saw the impact a city full of people. “When it rains there’s so much trash in the ocean. So just recycling anything you can, clean up after yourself, and if you see a piece of trash pick it up and throw it away.”

While Adler was busy riding the waves many in Venice were watching them, wondering if El Nino would hit as promised.

Storms blew through, dumping buckets of rain, and removing our social media bragging rights over east coast friends.  “73 and sunny” was no longer a thing, as we shivered through colder days than New York City.

Long-time Venice local Fred Barthel shared his story of the last time an El Niño hit, back in winter of 1982 to 1983. Barthel witnessed the destructive force of storms and rain that flooded Venice and destroyed the Pier.

By February El Nino talk seemed to be no more than a lot of hot air.

Read what happened in February here.

The last time an El Niño hit, back in winter of 1982 to 1983, storms and rain flooded Venice and destroyed the Pier.