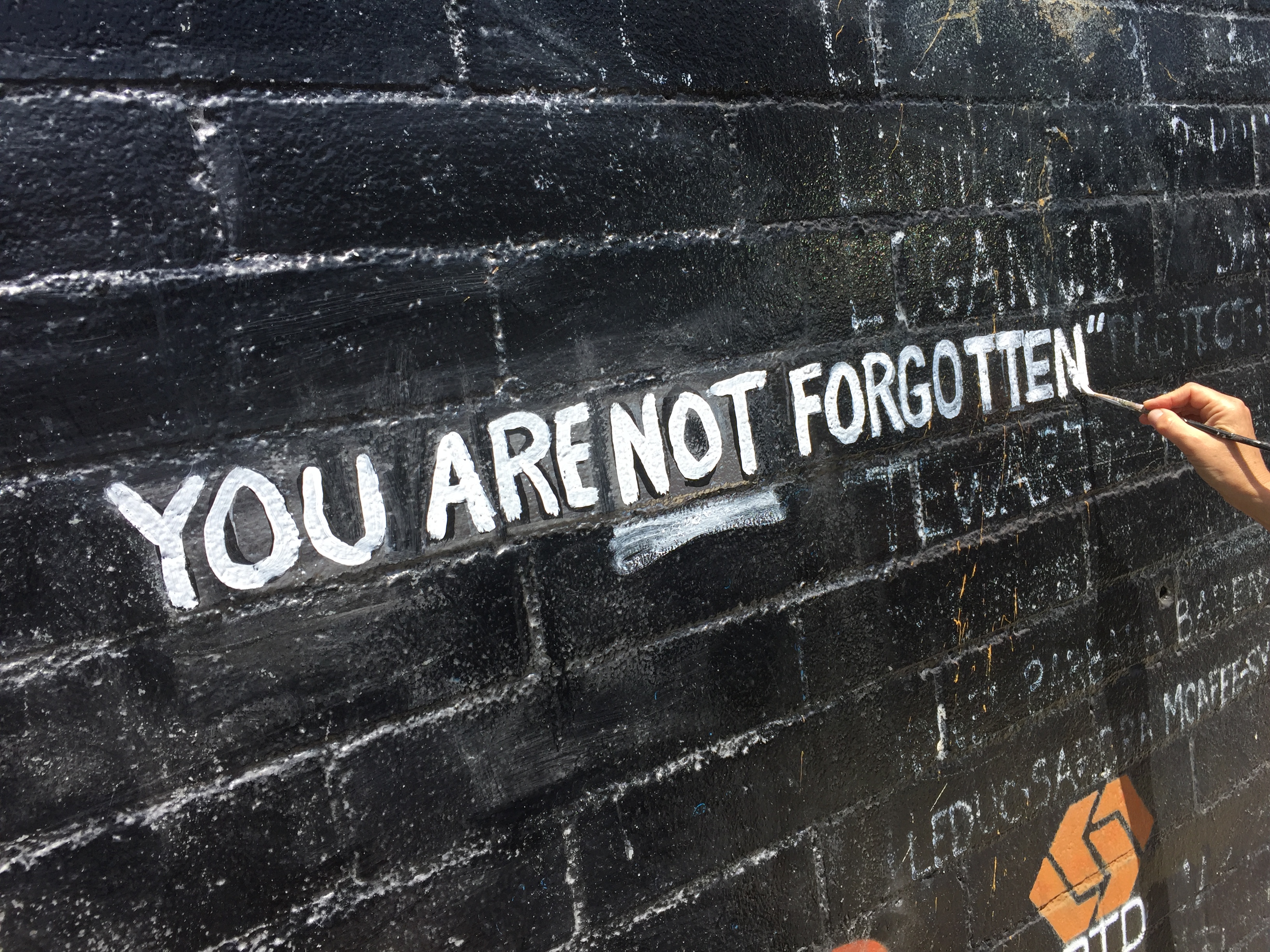 Neighbors first noticed late Wednesday evening. Big, white block letters sprayed over a mural on Pacific Ave. It is a familiar tag that pops up here and there throughout Venice and while graffiti is not always a welcome site, locals found this particular piece very upsetting.

Just days before Memorial Day the tag covered close to 100ft of the mural  honoring those soldiers who were prisoners of War or Missing in Action during the Vietnam War.

Venice Chamber of Commerce Vice President George Francisco described it as “a desecration.” The illegal graffiti incited national rage after it made the news on KCAL9 and CBS2.

Venice local Stewart Oscars told reporter Jeff Nguyen “I remember the Vietnam war and how friends went to war, and bodies came back. Somehow, it has to be taught that this is not a good idea. This is actually stupid.”

Late on Saturday afternoon David Graham-Caso, Communications Director with Councilmember Mike Bonin’s office told Yo! Venice, “We just got confirmation that a contractor will be at the mural in the morning to assess the situation. The mural doesn’t have protective coating, so they are going to need to figure out if they can remove the graffiti without damaging the mural. We are also getting in touch with SPARC, the local organization that has extensive experience restoring murals around LA, to make sure any work done on the wall preserves the mural.”

Based out of the old Venice Police Station, at 685 Venice Blvd, the Social Public Art Resource Center or SPARC, has been around since 1976 and has developed groundbreaking mural restoration and preservation techniques.

The organization, along with the Department of Cultural Affairs and the city of Los Angeles is currently in the process of restoring nine murals as part of the  City Wide Mural Program. A program that has enabled mural restoration across Los Angeles.

However, it seems one artist has already taken things into their own hands. At some point on Saturday an anonymous good Samaritan  got to work repainting some of the names hidden under the graffiti.

“Most amazing thing…someone today painted in letters that they could see through tagging. They recovered the statement , “You will not be forgotten,” said Oscars.

On Saturday evening Oscars met with reporters from NBC4 News and KTLA. He said while he was being interviewed, “a couple of Transit police roll up. A Sheriff rolls up. 4 station 63 fire guys roll up with lights going.”

Councilmember Bonin told Yo! Venice, “vandalizing a monument to brave men and women who served our country in a time of war is a disgusting and disrespectful act and my office has been in touch with the Board of Public Works and Office of Community Beautification to have the wall cleaned as soon as possible.”

The city of Los Angeles offers a $2000 standing reward for information leading to the arrest and conviction of people responsible for any illegal graffiti.

By Melanie Camp May 28, 2016
Tags: featured in Opinion
Related Posts