Shota Mgeladze is in custody after being accused of luring a girl into his car with the promise of a modeling career and then attacking her. The girl was able to escape after kicking him in the face. The LAPD is looking for more possible victims. 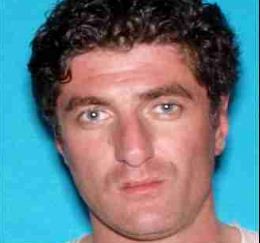 The girl said she was standing outside a school in the 600 block of Fifth Avenue in Venice about 3:30 p.m. when a man drove up in a two-door 2002 Mercedes Benz CL 55 with paper plates.

The man, later identified as Mgeladze, used a ruse to get the girl into his car, according to police. Once she sat down, he drove away, authorities said.

According to police, the man allegedly asked the girl if he could take nude photographs of her and pulled over to the curb. Police said the man then reached over, grabbed the girl’s left leg and tried to pull her toward him. She kicked him in the face and shoulder and got out of the car and ran.

Los Angeles police released a photo of Mgeladze Monday and asked that anyone he victimized step forward and contact LAPD Detective Kim Porter at (213) 473-0447.

The suspect is described as 6 feet 3 inches tall, 210 pounds, with brown hair and brown eyes.

Mgeladze has pleaded not guilty to the charge of assault with intent to commit a felony on a victim under 18.

His bail in the case has been set at $175,000. But it’s doubtful he’ll be released any time soon since federal authorities have issued an immigration hold requiring him to remain incarcerated.

Anyone with information on other potential victims is asked to call the Los Angeles Police Department tip line at 1-877-527-3247.