On Tuesday about 1:25 a.m., the body of a man was found in the surf off Venice Beach. Los Angeles County lifeguards, firefighters and police responded to the 5000 block of Ocean Front Walk on reports of a body in the water, said L.A. County Fire Capt. Mark Savage. 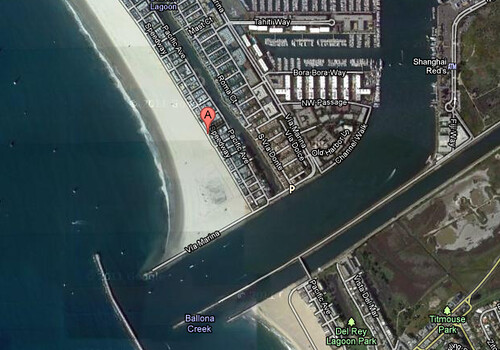 They pulled the 50-year-old man from the surf, where he was pronounced dead, Savage said. His name had not yet been released.

Paramedics had taken him from the beach earlier that night to a hospital for seizures, said Ed Winter, assistant chief of the L.A. County coroner’s office.

It was unclear how he left the hospital and wound up again at the beach.

Update: A credible source tells us that the deceased was Michael D, a local homeless man that had been around the Rose Lot and Pier lot for many years. The source tells us that Michael had worked as an electrician in the movie business before he fell on hard times. More info when it is officially released.