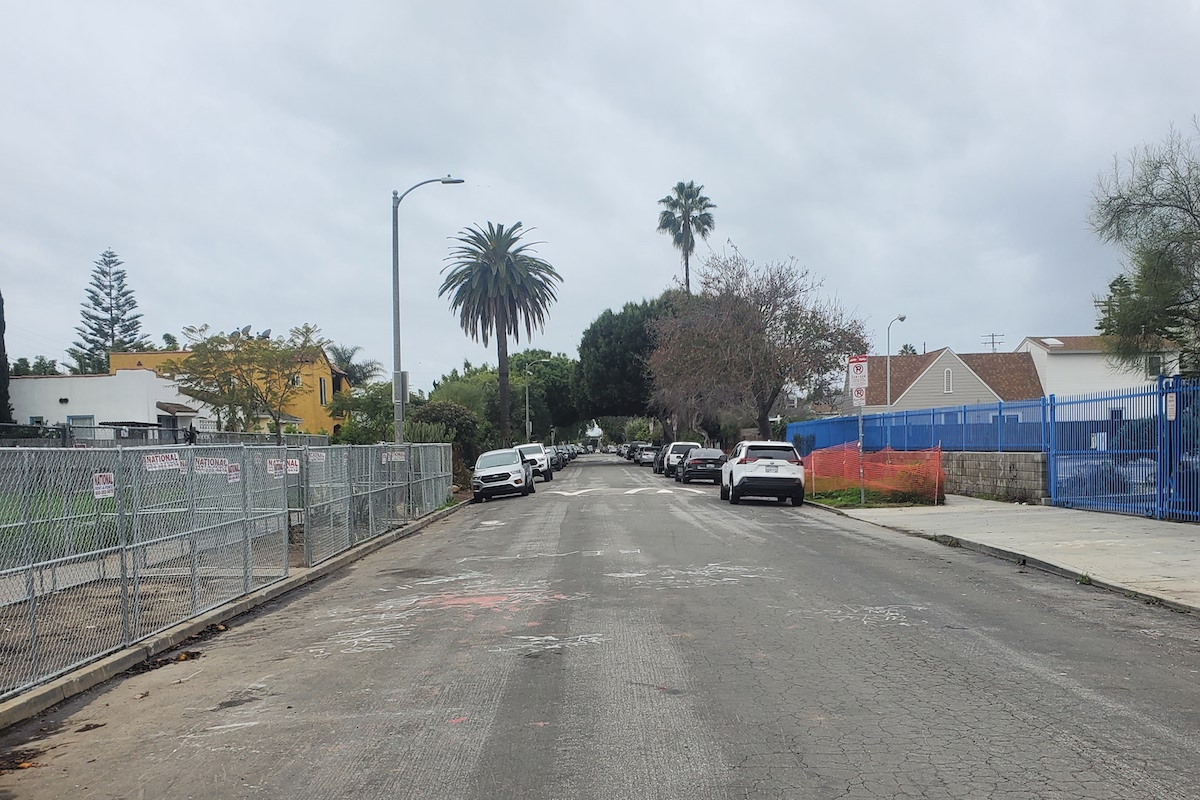 On the heels of the Hampton sweep and cleanup, Flower Avenue off Lincoln Boulevard here in Dog Town has been cleaned and fenced after years of absolute misery experienced by neighbors, tenants and property owners of that immediate area in what can now be regarded as a new and effective, no tolerance policy for people living in unsanitary conditions on the streets of Venice and the rest of Los Angeles.

Venice under former LA Mayor Eric Garcetti and Councilman Mike Bonin became a free-for-all of unbridled tents and encampments that plagued Oceanfront Walk and numerous other locales including the Venice Library and Centennial Park.

For wrong became right and right became wrong under a policy of dysfunction and failure that was not only promoted by these former city leaders, but sustained and kept in place despite widespread opposition by Venetians and every neighborhood here in LA.

But elections have consequences and locals sought an immediate change to the status quo and elected both Traci Park to succeed Bonin and longtime liberal icon Karen Bass to assume the role of mayor of the country’s second largest city in the face of a problem that had swallowed LA and specifically Venice whole!

For many believed nothing could be done as this “paralysis by analysis” under Garcetti & Bonin has been now seemingly replaced with common sense, practicality and bold leadership in Mayor Karen Bass and Councilwoman Traci Park (CD-11) who collectively took the bull by the horns and have begun the process of cleaning and sweeping these individuals from the misery of street inhabitance to being indoors and actually receiving the help they require to change this unacceptable human condition.

For what is remarkable is that these conditions that have plagued Venice for years have been largely corrected in a matter of days and just weeks by this new Mayor and Councilwoman, an unlikely duo that has become governmentally dynamic in their initial results. For these changes on the streets of Venice and the rest of the city begs the obvious question, which is why was this allowed to occur and why was it so seemingly easy too correct?

While asking “why” questions seems obvious, the fact of the matter is that real progress has been made in a very short amount of time and both Bass & Park are reestablishing the public’s trust that was obviously lost during this crisis in municipal leadership.

For it is now up to city officials to enforce the law and not allow these encampments to return and we’re hopeful that will be the case as it has been now proven that right is indeed right again here on Flower and rest of Venice that requires the city’s help to end these unacceptable conditions on the streets of Los Angeles and here in Venice once and for all.

Nick Antonicello is a 30-year Venetian who has covered the issue of street encampments here in Venice for the last four years. Have a take or a tip on all things Venice? E-mail Antonicello at nantoni@mindspring.com