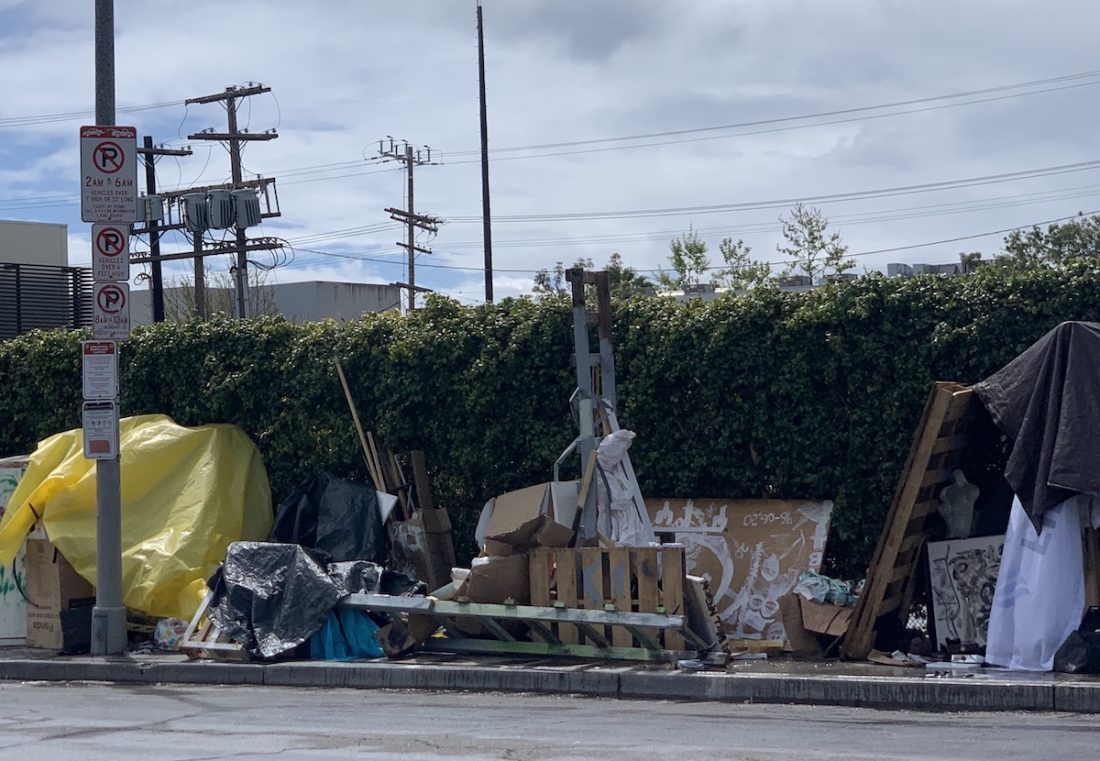 Newly sworn-in Mayor Karen Bass and Councilwoman Traci Park have announced the launch of a new initiative addressing homeless in Venice that aimed at getting rid of encampments surrounding the A Bridge Home shelter.

Bass and Park Wednesday announced that the Mayor’s new Inside Safe initiative is underway in Venice. According to Bass’s office, outreach has begun to people living in encampments surrounding the A Bridge Home site at the intersection of Sunset Avenue and Pacific Avenue. The Mayor noted that “people have already accepted housing” under the program, a new, citywide, housing-led strategy to bring people inside from tents and encampments and to prevent encampments from returning.

“I’m proud to be locking arms with Councilwoman Park to change the way we approach homelessness in Los Angeles to bring people inside in a strategic and lasting way,” Bass said. “Councilwoman Park and I spent yesterday morning conducting outreach with encampment residents and meeting with service providers and local residents about how Inside Safe replaces quick fixes with real solutions. It’s important that the policy solutions developed are informed by the people most directly affected. Through Inside Safe, we will save lives and restore our neighborhoods.”

Inside Safe is currently assessing street homelessness across Los Angeles and engaging with people living in tents and encampments based on which locations are most chronic and where people are most in crisis. Inside Safe is housing based, in that people are offered immediate quality housing and a commitment of services and permanent housing.

This marks the first major policy announcement from Park, who won the vacant Council District 11 seat to replace Councilmember Mike Bonin. Much of Park’s campaign promised to be a departure from the policies of Mike Bonin when it came to addressing homelessness.

“During my campaign, I pledged to pursue a comprehensive approach to working with service providers and city leaders to compassionately get encampments like those surrounding the bridge home the support they need,” said Councilwoman Park. “This initiative is to show that the Government can be a place to heal. We don’t just want to say it; we want to show it. Putting people in rooms without the care they need doesn’t work. We need to ensure that they have adequate access to services they need including mental health, trauma, and substance use services for the unhoused.”

According to Bass, the “vast majority” of people living on the street say “yes” to real offers of housing and support. The Mayor’s office could not immediately be reached to provide the number of people who have accepted housing in Venice under the program.

Inside Safe initially launched in Hollywood in partnership with Councilmember Nithya Raman at encampments near Cahuenga and the 101 freeway. Officials said the program is based on five goals: reducing death on LA streets, increasing mental health and substance abuse treatment for encampment residents, eliminating street encampments, promoting long-term housing stability and enhancing the safety and hygiene of LA neighborhoods.

“This intensive housing intervention will help some of our most vulnerable unhoused neighbors get off the street for good and the support of Mayor Bass, Councilwoman Park and City and County elected leaders is vital to our success,” said Dr. Va Lecia Adams of Saint Joseph’s Center.