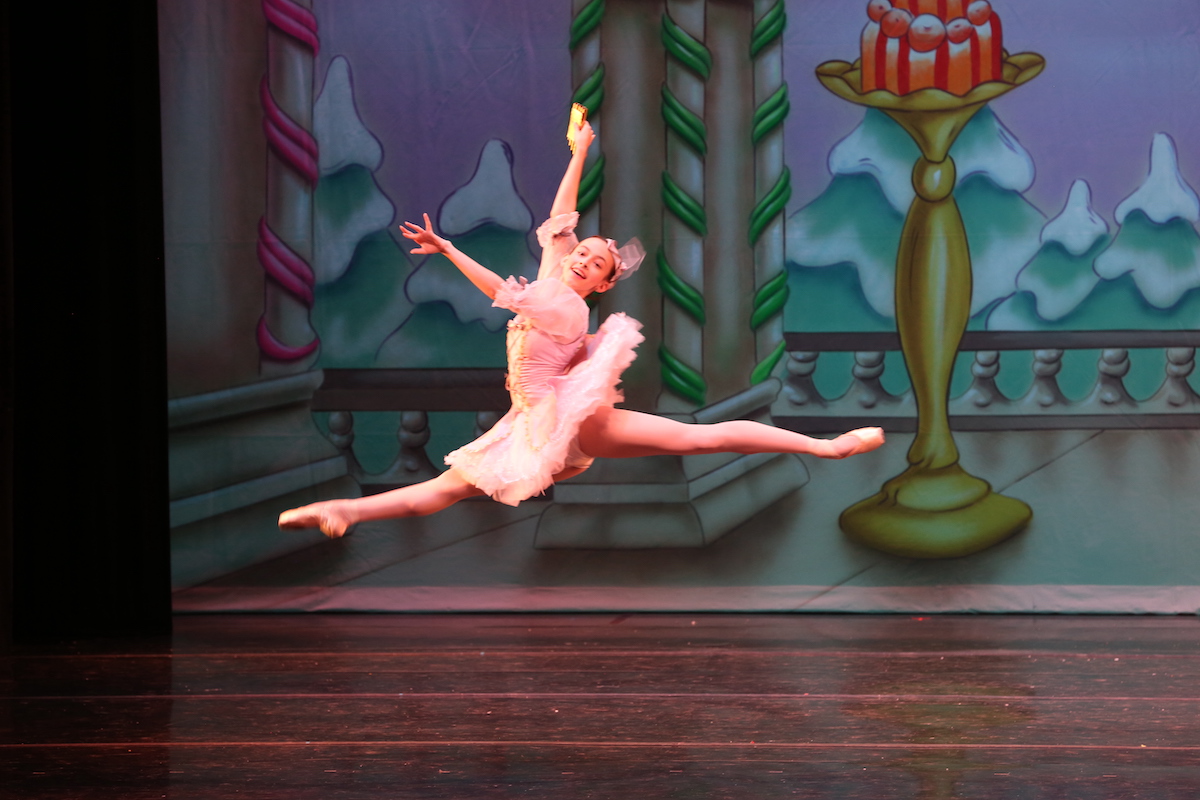 Lilly Olvera will be leading “The Nutcracker ” in the role of the Sugar Plum Fairy, the Dew Drop Fairy and Snowflake. She is no stranger to the stage as this will be her ninth Nutcracker with Westside Ballet. Olvera’s a freshman at Santa Monica College, and plans to study environmental engineering. Balancing ballet with school has always been important to Olvera. “Expressing myself through movement, through dance, is essential for me. It has brought me so much happiness over the years, and it will always be a part of who I am,” Olvera said. This will be her last Nutcracker with Westside Ballet, and will get to take her final bow as the Sugar Plum Fairy.

Isabel and Francisca Bugacov are sophomores at New West Charter High School. The sisters will be sharing the solo of Center Spanish, as well as Center Mirliton, Demi Flower, Side Spanish, Side Mirliton and Snowflake. For Isabel, ballet is more than just a form of artistic expression. “Ballet is a really athletic art form that comes with its challenges like anything else,” she said. “The muscles I have developed over time with my training have made me stronger.” This will be both Isabel and Francisca’s fifth Nutcracker with Westside Ballet.

Heath Olvera (11) will be reprising his role of Fritz for the second time with Westside Ballet this year.

Other members of the Venice community will also be taking the stage at The Broad and performing in this season’s Nutcracker. Ezra Galmbos, a sophomore at Venice High School, will be taking on the roles Snowflake, Flower and the Maid understudy. Archer Anderson (12) will be dancing the roles of Party Boy, Crystal Bell and Side Russian.

The dancers at Westside Ballet will be joined by professional dancers Maté Szentes, Jack Virga Hall and Evan Swenson. Szentes will be performing the principal role of the Sugar Plum Fairy’s Cavalier. Swenson, a resident guest artist of Westside Ballet for ten years, will be reprising the principal role of the Snow Queen’s Cavalier, as well as dancing the Arabian pas de deux. Hall will also be dancing the Arabian pas de deux, alternating with Swenson.

By Yo Venice Staff November 23, 2022
in News
Related Posts