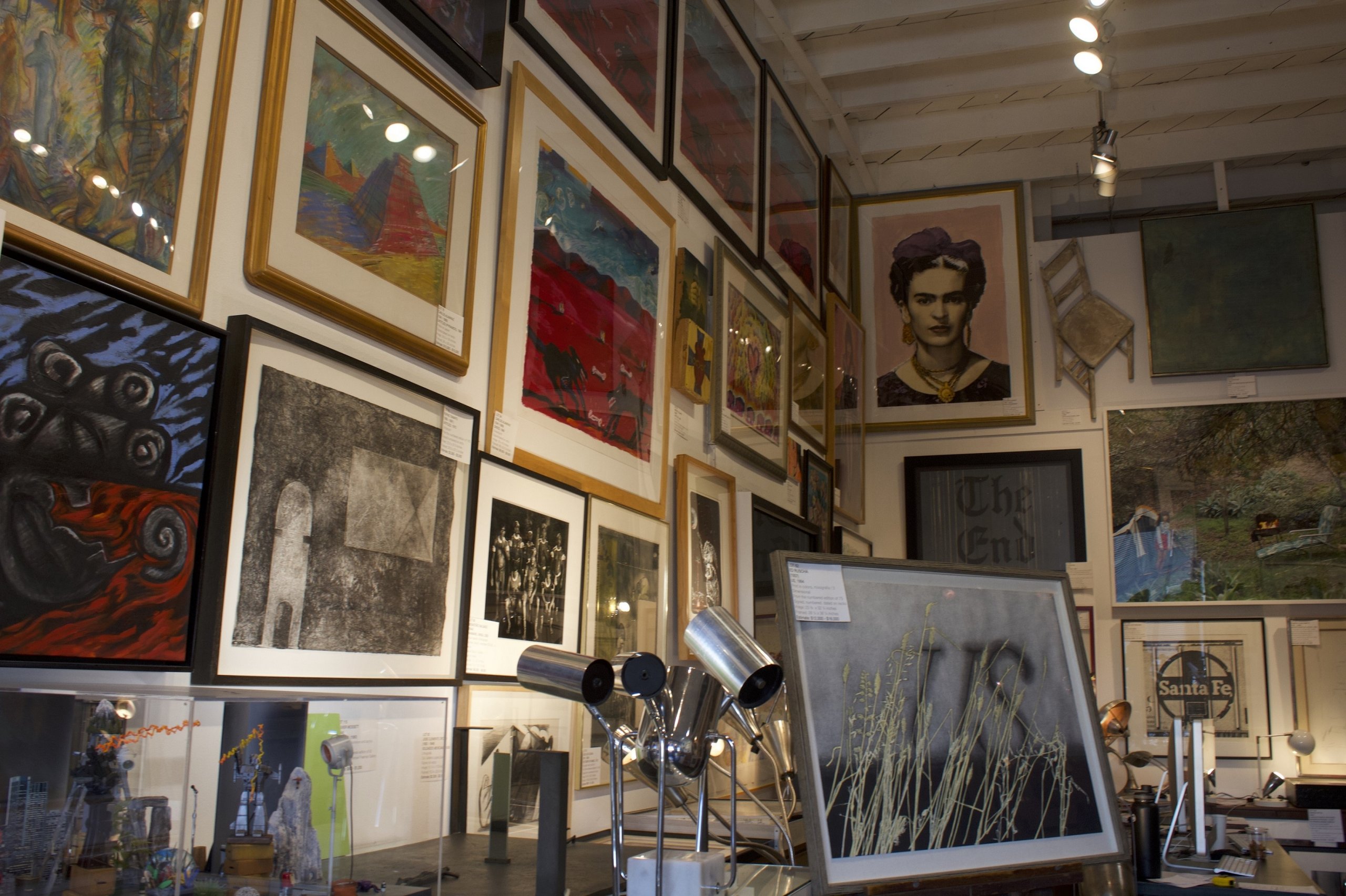 Located at Bergamot Station in Santa Monica, the auction highlights more than 233 lots of more than 25 artists, including a rare 1987 signed and dated work by Ramond Pettibon titled Untitled (My Purpose in Life).

Santa Monica Auctions acquired three estate deaccessions, one of which had a collection of rare and beautiful Latino works including powerful pastels by Carlos Almaraz and other works by Gronk, Ruffino Tamayo and Francisco Toledo.

“We have a big collection of Latino art including four unique originals by LA’s favorite Chicano artist Carlos Almaraz,” said auction owner Robert Berman, who has held galleries since 1979 in Santa Monica.

“This particular auction, we were lucky to get huge estates of really great art at all different prices starting off as little as $300 all the way to two-piece works that should sell for $200,000, if not more,” said Berman. “We’re having a huge comeback after being a little down before the pandemic, now it’s 100% full.”

“We have a very high percentage of buyers because many things in the auction have no reserves, and when we do have reserves, they are low compared to what these pieces would cost at a regular gallery, so it really is a great opportunity to come in knowing the price ahead of time and not raise your paddle for more than what you want to spend,” Berman said.

Previews are available at smauctions.com or in person. Online bidding, absentee or telephone bidding is also available.

The next auction will most likely be in mid May, 2023.

During the Nov. 6 live auction, refreshments and a food truck will be available in a tented, outdoor seating area toward the rear courtyard of Bergamot Station in Santa Monica. For all photo artwork image requests, email info.santamonicaauctions@gmail.com.

By Yo Venice Staff October 28, 2022
in Life and Arts, News
Related Posts