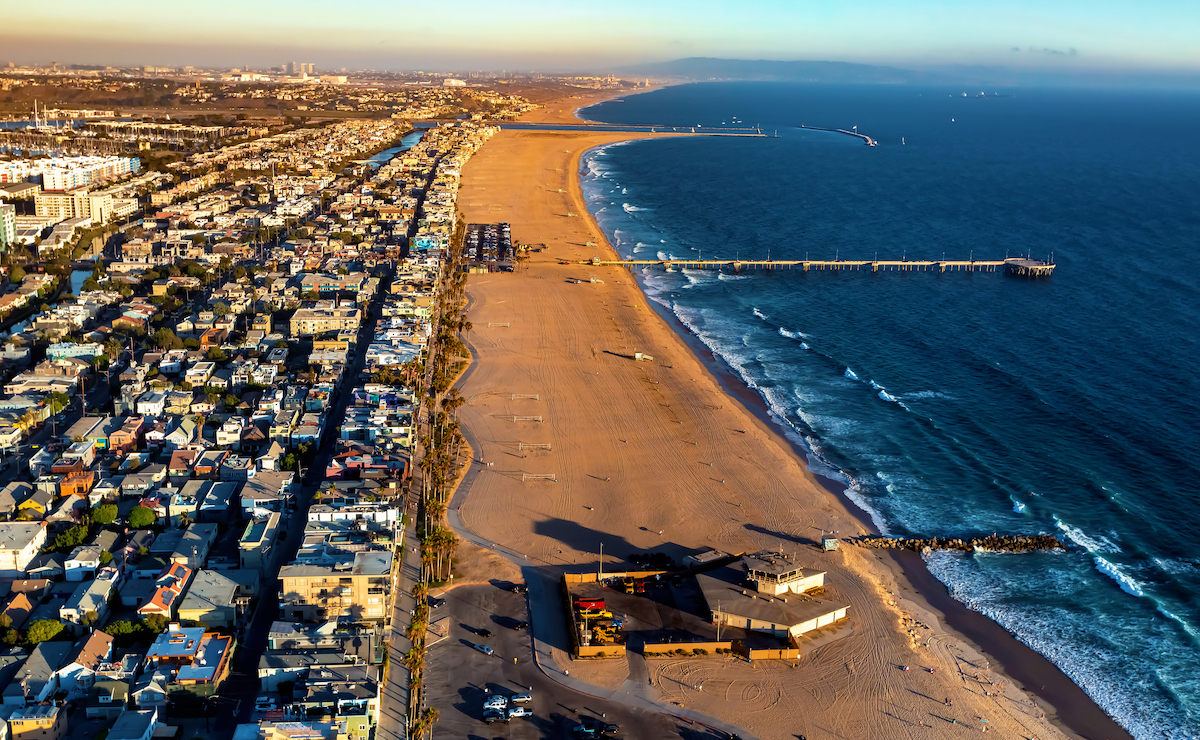 I lived in Venice years ago and was so excited to move back. It was the single good thing about divorce. I moved back here a year into the Pandemic. An elderly Venice resident had just been assaulted by a homeless man, while out walking his little dog. He later died of his injuries. There were weekly tent fires. People screamed in the park across the street from me, sometimes threatening each other, sometimes in animalistic howls.

Nothing much has changed since then. More people have died, more old people were hurt, there’ve been lots more fires. And here are four hours in the park across from me, as reported to Citizen App.

Police, Fire and EMS vehicle sirens are the background noise of Venice, helicopters are a feature of the sky. My phone was just stolen; I couldn’t really afford it in the first place, I wish criminals stuck to robbing Rolexes. Armed Rolex theft is trending. DIY machetes are pretty popular too.

I just had my first date since the Pandemic began. He wound up shielding me from a fight on Windward. People were slamming each other over the head with bits and pieces of their encampment. Assaults are constant; here’s another four hours in Venice. Again, these are just the crimes reported to an app.

Against this backdrop we have upcoming elections. There are other races but perhaps the most important race for Venice is the city council seat. Mike Bonin has proved in his years in office just how much power that office holds. I’m following the candidates for CD11 pretty closely.

Traci Park was first into the race. She ran as an alternative to Mike Bonin. Following a recall attempt that saw 27,317 signatures in favor of ousting Bonin, he dropped out of the race. Even without Bonin in the race, Park is running as an antidote to him. She favors protection of the Balboa Wetlands devastated by the RVs that have used it for over a year now as a home, bathroom, junkyard. She wants to revitalize neighborhoods abandoned by enterprise, as they became increasingly dangerous. She wants to return the parks and sidewalks to residents through enforcement of 41.18, a measure restricting where people can maintain encampments.

Park is controversial in that she has adamantly discussed safety and is heavily endorsed by law enforcement in a world that, with the death of George Floyd at the hands of police officers, has been forced to acknowledge police brutality -particularly against racial minorities. She is also seen by some as being anti-homeless, as she does not believe in letting people remain where they are until they’re ready to accept services or individual housing becomes available. She believes in pushing them into housing and treatment that might not be what they’d choose, by removing and creating alternate choices

Erin Darling has Councilman Bonin’s endorsement. He is arguably his proxy. Like him, he identifies as Progressive. Encouraged to run by Venice Community Housing, Darling is a supporter of their controversial Venice Median Project (read more about it here). Darling supports building additional housing in Venice and has eyed the public PenMar Golf Course as a possible site. He presumably supports the “Affordable Housing Overlay Zone”, a proposal which would remove zoning barriers (such as proximity to schools and public parks) in “higher resource neighborhoods”. He has only recently discussed crime and believes housing is the answer,

The problem with this approach is that city funded housing automatically means “Housing First”. Under the Housing First model tenants may not be rejected for drug addiction, violent criminal history, or lack of “housing readiness”. That’s legislation that makes for potentially pretty scary neighbors. Darling has stated the answer to this is that housing must coexist with services (mental health care and addiction recovery). The flaw here is that under Housing First those services can’t be mandated. It’s strictly voluntary. Transitional housing in less intensely residential areas might serve the purpose better.

For those who don’t yet have housing, reject it or flunk out of it, Darling offers the streets. He has stated that he will not enforce 41.18. He will put no restrictions on encampments. I imagine that, like Bonin, that means no ban on camping by schools if the city fails to enforce it.

I have been back in Venice almost 2 years. I’ve never invited my mom to visit me. Even though I live in a pretty Art Deco building by the beach. I haven’t, because I’m scared for her. She’s 80, and she’s in great shape and could probably book if she were threatened. But I don’t want her to have to.

I don’t care about social ideals when their flawed implementation almost guarantees their failure. I don’t want to be surrounded by  people, a too high percentage of whom desperation and Meth have made pretty scary. I don’t want to open the doors to still more of them, waiting for housing to magically heal their psyches. I live in a neighborhood where people regularly set fires and crime is a previously unimaginable constant. I want the candidate supported by  fire departments and law enforcement.

Do you have a letter to the editor you would like published? If so, email sam@mirrormediagropula.com for submission guidelines.

By Yo Venice Staff September 13, 2022
in News
Related Posts