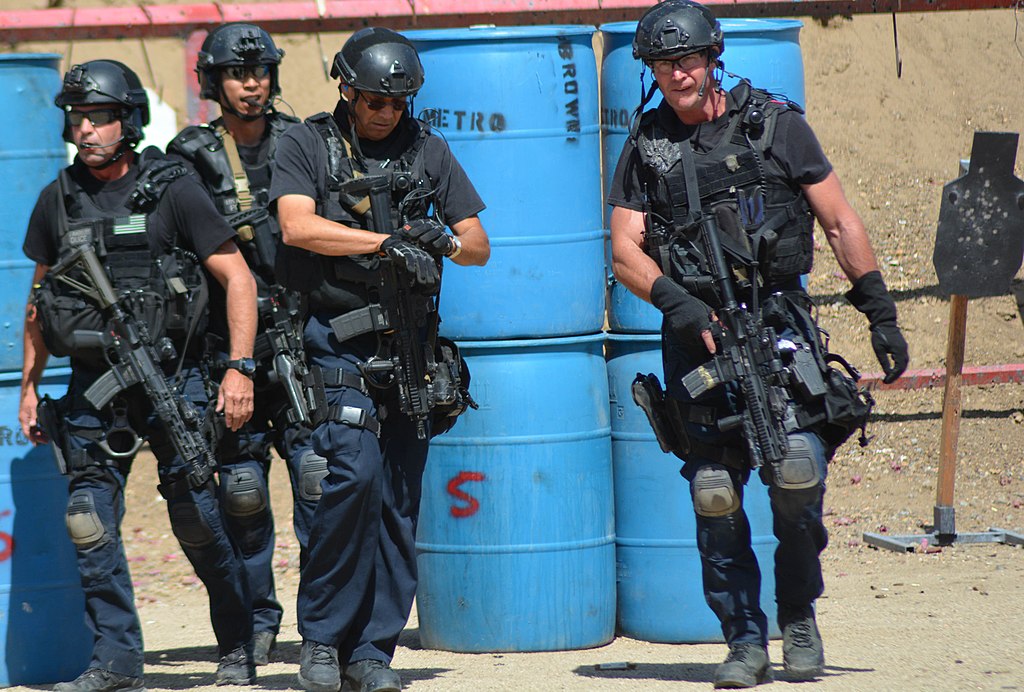 Final vote set for next week

AB 481, which was signed into law by Governor Newsom in September of 2021, requires local law enforcement entities to “obtain approval of the applicable governing body, by the adoption of a military equipment use policy, as specified, by ordinance at a regular meeting held pursuant to specified open meeting laws, prior to taking certain actions relating to the funding, acquisition, or use of military equipment, as defined. The bill would also require similar approval for the continued use of military equipment acquired prior to January 1, 2022” and would provide for the approval of the governing body and annual reviews of the use of military-grade equipment by local law enforcement.

The Los Angeles City Council voted to approve the LAPD’s Military Equipment Use Policy on August 23 in a 10 to 3 vote among council members as reported by The Daily Breeze. The three dissenting votes were from City Council Members Mike Bonin, Nithya Raman and Marqueece Harris-Dawson.

The ordinance will require that law enforcement publish annual reports on the military-grade equipment in use by those agencies.

The City Council voted the previous week to ask that the ordinance regarding the LAPD policy on the use of military-grade equipment be drafted and the vote was 9 to 3 in favor. However, according to The Daily Breeze, the City Council requested that the ordinance’s language be modified regarding mutual aid requests. The request was to ensure that during periods when outside agencies are called into Los Angeles, the LAPD chief of police would be in charge of the officers from the outside agencies. This amendment of the ordinance was approved by the  Board of Police Commissioners and the Public Safety Committee.