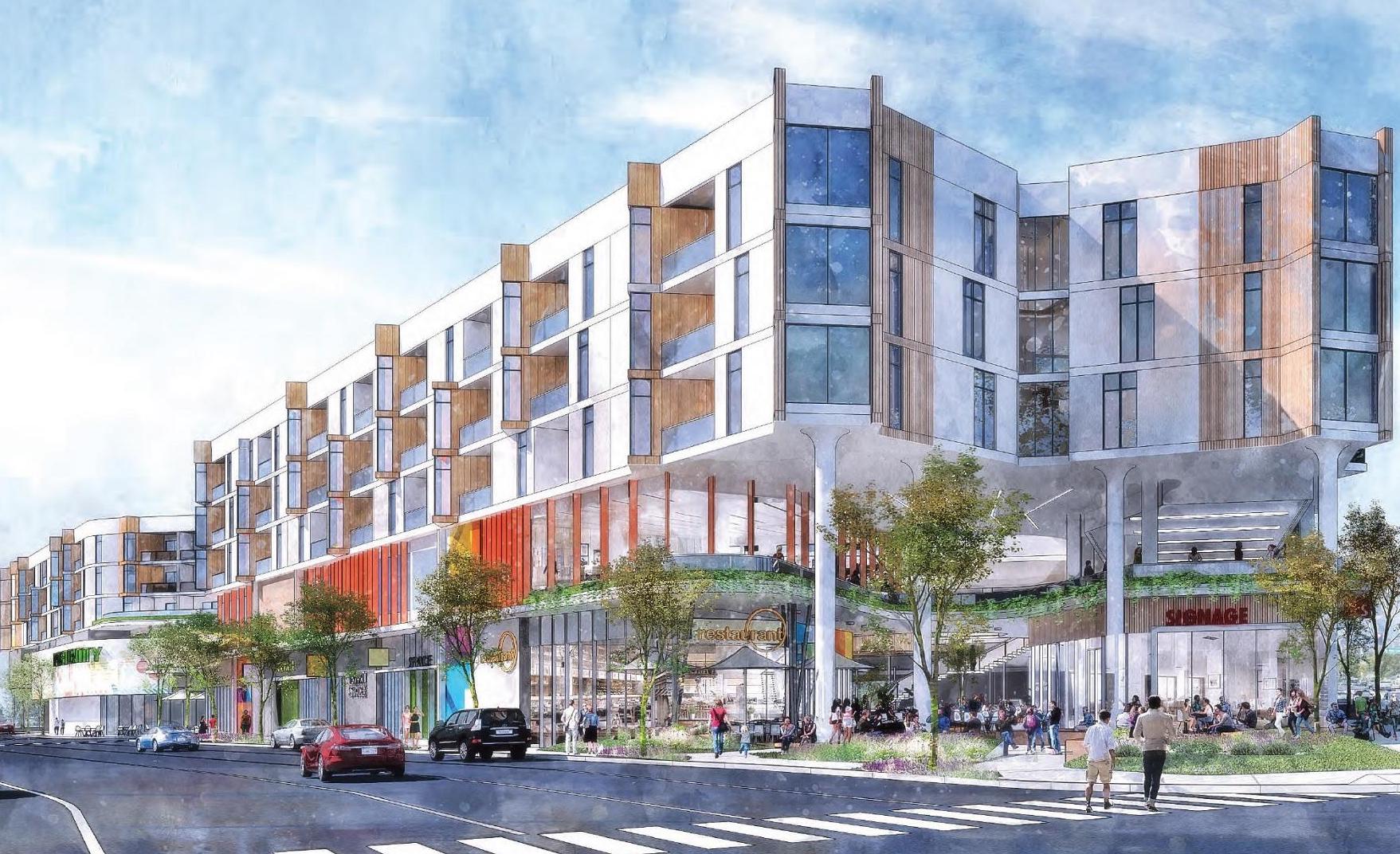 $210 Million development will bring 230 units and 11,450 square feet of retail to Jefferson Boulevard

3MR Capital and The John Buck Company have started construction on a joint mixed-use project that will build on land that used to be the home of a post office and Coco’s Restaurant in Culver City, as reported by Urbanize Los Angeles.

11111 Jefferson Boulevard is the location of this new development and it is named for its address. The price tag on this development is $210 million. The site is a 3.4-acre wedge at the intersection of Sepulveda, Jefferson and Machado Avenue. Culver City City Council approved the plans last year which is for a five-story structure that will hold 230 studio, one, two and three-bedroom apartments that will sit above 55,000 square feet of ground-floor retail and commercial space, 11,450 square feet of office space on the second floor. The structure will also have parking for 653 vehicles.

As part of the agreement that granted approval of this building, the developers will reserve 19 apartments for rental by very low income households.

AO is the architect on the project and wHY Architecture is the designer of record. According to Urbanize Los Angeles, the building is “a contemporary podium-type structure with a setback above its second floor that would create open space for residents.”

The development would also have a 13,000 square-foot courtyard near Sepulveda and Jefferson and a 30,000 square-foot public park that would look out onto Machado Road. Both of these outdoor spaces are privately owned but the public would still be welcome.

So far the development’s progress has followed the timeline that the developers presented to Culver City’s government. The estimates are that it would take 26 months to build the project and that construction would commence in the second quarter of 2022 and that it would conclude in the third quarter of 2024. Currently, the work is concerned with razing the buildings that currently sit on the site.