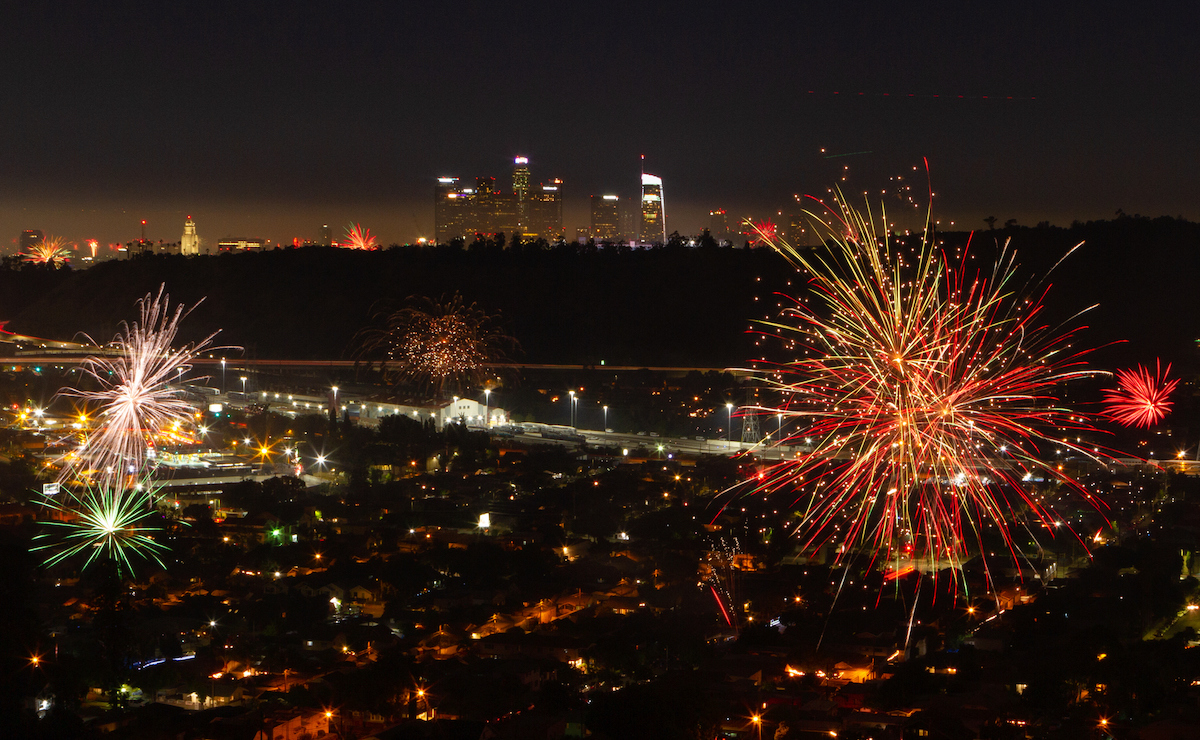 Fines up to $1,000 for violaters, City Attorney says

​​Amid historically dry conditions brought on by California’s severe drought, Los City Attorney Mike Feuer has announced that his office is cracking down on illegal fireworks in Los Angeles heading into July 4th weekend.

“The risk of devastating, quickly spreading fires sparked by fireworks is severe this year, not to mention the ever present threat of serious, life-altering injuries. That’s why we’re starting early this year, cracking down and urging Angelenos to leave fireworks to the pros,” said Feuer. “Besides everything else, fireworks are especially trauma-inducing for people we love, like kids with Autism Spectrum Disorders and combat Veterans suffering from PTSD. And they terrify our pets, too.”

As part of the crackdown, the DA’s Consumer Protection Unit has again issued cease and desist letters to popular social marketplaces – Meta (Facebook), OfferUp, craigslist and 5miles – demanding that they remove posts offering fireworks for sale in the City of Los Angeles, a violation of both municipal and state law. Under Los Angeles Municipal Code section 57.5608.1.2, it is unlawful and a misdemeanor to use, sell, possess or discharge any fireworks in the City. Under California Health and Safety Code sections 12671 and 12676 also prohibit the sale of fireworks.

Meta has partnered with the City Attorney’s Office to help prevent the sale of fireworks on its platforms. Meta has been responsive to Feuer’s requests and has immediately taken down a number of violating posts both independently and upon being reported by Feuer’s Office. OfferUp, craigslist and 5miles have also indicated that they are complying and have removed the ads identified by Feuer’s Office.

In addition, the Consumer Protection Unit has already criminally charged one person recently with three counts related to the alleged selling of fireworks on craigslist to an undercover officer. The defendant was placed on 12 months judicial diversion, ordered to forfeit all fireworks seized and perform 50 hours of community service.

Staff from Feuer’s Neighborhood Prosecutor Program are also in the process of leading outreach efforts within their respective communities to emphasize that the private use of fireworks is illegal in the City. This year, they have sent over 4,400 letters to residents in problem locations – identified by LAPD by complaints and calls for service – reminding them of the law.

For the second year, Feuer’s staff is also supporting the fireworks buyback program in the Valley, sponsored by Councilwoman Monica Rodriguez. Similar to gun buybacks, residents may turn in fireworks with no penalties in exchange for gift cards. Last year, more than a quarter ton of fireworks were turned in. This year’s buyback is taking place July 2nd at Brand Park in Mission Hills. The LAPD will also accept fireworks without penalty.

According to Feuer’s office, those who are found guilty of the misdemeanor crime of using, selling, possessing or discharging any fireworks within the City of Los Angeles could face up to a year in jail and/or a fine of $1000.