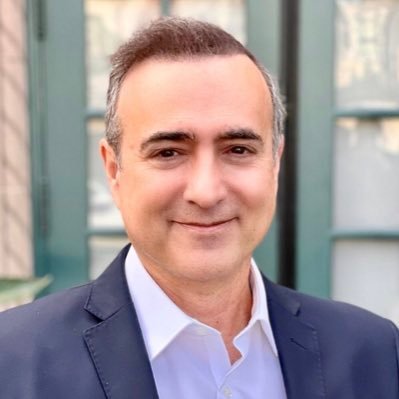 Community background and involvement:
For 32 years, Joe co-owned and operated “AL Gelato,” a well-known Los Angeles Restaurant and successful Ice Cream Manufacturing Company. His company was located on L.A.’s Westside between Wilshire and Olympic Boulevards, at 806 S. Robertson in SD 28.

In 2021, Joe ran for his local state senate seat in a “special election” for formerly mapped as State Senate District 30. As a first-time candidate, with only three weeks to campaign, Joe placed in the top 3 out of seven challengers.

In 2022, Joe’s top 2 challengers are not re-running in the current senate election, which has been re-mapped as SD-28, choosing instead to run for other offices, leaving Joe optimistic about winning and hopefully help fix his L.A. community where he lives.

Education:
Joe Lisuzzo received his Master’s Degree from UCLA and his Bachelor of Arts Degree from California State University.

Children:
2 grown sons, who are both married. Joe and Karen eagerly await grand-children at some point to be raised in SD 28. Hence Joe’s concern for crime reduction, homeless rehabilitation, lower taxes, stopping business flight and better public education for all children.

Homeowner:
Joe shares a condominium with his wife in the Pico-Robertson area of  SD-28.

Occupation:
Joe Lisuzzo is a businessman, investor and entrepreneur.

Why are you running for the California Senate?
Because I love Los Angeles and I’m tired of seeing its overall decline and people suffering on the streets, at the gas pumps and at their kitchen tables. Crime is up, homelessness is up, business flight is up and our K-12 schools are at near the bottom in the USA.

Who are you endorsing for Governor?
Because Gavin Newsom openly encouraged in the media, for the world’s homeless to come to California, I WILL NOT vote for Gavin Newsom. This was as unconscionable offer and slap in the face to every tax paying and struggling Californian.  At this moment I remain undecided as to whom I will endorse for Governor.

What are the three most important issues facing Californians today?
Inflation, Crime, Homelessness + Gas/Fuel prices are the top 3, but they are only the tip of this iceberg regarding CA’s problems. CA suffers from obvious “overall mismanagement and lack of accountability” that has led to many more important issues including: The loss of Billions of OUR tax dollars by the EDD, Not Building Water Reservoirs and holding tanks to hold our water provided by snow caps and rain water, Failure to thin our forests causing fires and more carbon burn off than fossil fuel usage, the allowing a porous border which causes an increase of illegal drugs, human trafficking, crime, etc., etc.

What will you do to control taxes and spending as a state legislator?
I will immediately fight for a ‘gas tax holiday’ for the people and businesses of CA, until fuel prices return to normal. CA pays the highest per gallon excise tax of 51 cents PER GALLON of gasoline, and gas has since doubled in price nationally in the last year and a half.

I will also seek to lower Business Taxes especially for small businesses to stimulate growth in CA’s economy and hopefully initiate a return of asome 300 companies and thousands of jobs that left CA in the past 4 years. Lastly, I will follow the money and make sure that taxes are used for the purpose they were levied and demand fiscal responsibility when it comes to spending and balancing our state budget.

What is your position on immigration here in California?
I believe in “LEGAL Immigration,” NOT the crashing of our borders by cartels and non-law-abiding individuals. Our country is based on legal immigration, my grandparents were immigrants who proudly assimilated to become Americans, learning English, starting businesses and helping America to grow and prosper. I also believe in helping VETTED immigrants who are refugees of war, escaping communism and yearning for freedom, democracy and willing to abide by our Constitution and Amendments.

Would you support changing Proposition 13?
I support Proposition 13 and support the efforts of the Howard Jarvis Taxpayers Association in this regard.

What is your position on abortion and the recent leak that Roe v. Wade will be overturned?
Two important issues are at hand here. Government leakers must be prosecuted to the fullest extent of the law. History has shown that “Loose Lips, Sink Ships.”  Worse yet, un-vetted leaks can unnecessarily incite mayhem throughout our nation. In this case, this has put our existing members of the SCOTUS and their family members in danger.

If abortion is ever overturned on a Federal Level, abortion will not disappear. This will become a State Rights issue. Regarding the act of abortion, I agree with both President Biden and President Reagan on this issue. Both Presidents have stated that the concept of abortion goes against their religion, as it does mine.  However, childbirth issues must be decided between a mother and her doctor, especially when a pregnancy involves the life or death of a mother.

Lastly, we must also remember that if a pregnant woman is ever killed by a criminal, the criminal is charged with 2 counts of murder, one count for the mother’s death and another for the murder of the unborn child…As you see, this is a multi-faceted societal issue on many levels.

What three pieces of legislation would you propose to fix California from your perspective?

Also, to reduce crime, In the Senate, I would vote to amend Prop 47 and reclassify felony thefts. This proposition allowed misdemeanor theft to be changed from $250 to allow criminal to steal above $950 before being charged with a felony.  Unfortunately, this caused shoplifting to explode, businesses to close, along with sales tax revenue to be lost and jobs to disappear. It must be changed.

What can be done to correct current drought conditions here in California?
Building Water Reservoirs and holding tanks to hold our water that is provided yearly by snow caps and rain water can solve this problem.  This must be done immediately. Also, Desalination projects and plants should be looked into to convert sea water all along our coast, from salt water into usable water.

What can you do to ensure the 2028 Summer Olympics are managed correctly with the proper funding?
I would be sure that an Olympics Management Oversight Commission be “temporarily created” (and be dissolved thereafter).  Its purpose would involve the participation of the private and the public sector to best serve the city and state. As billions in revenue are at stake to be made and or lost, we must be sure this is a profitable venture rather than another expensive boondoggle.

Nick Antonicello is a longtime Venetian who covers local, county and state government and how it impacts Venice. He can be reached via e-mail at nantoni@mindspring.com

By Nick Antonicello May 26, 2022
in Opinion
Related Posts