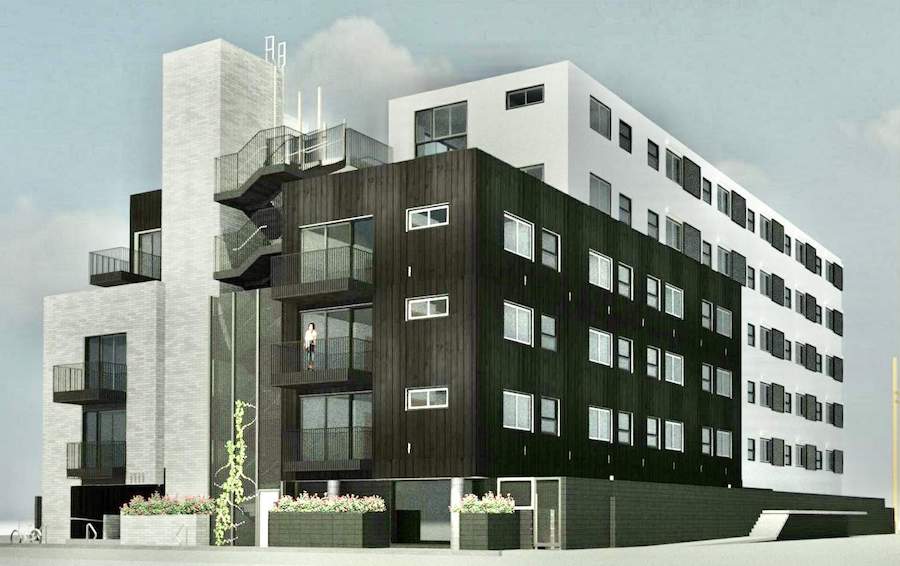 Development has been in the works since 2016

The new apartment complex at 3642 S. Motor Avenue is nearing completion after a year of construction as reported by Urbanize Los Angeles.

The multifamily apartment building will have 62 units and will be six stories tall in the Palms area. Deed restricted affordable housing units will be available in the building and the parking structure will be semi-subterranean.

This development has been in the works since 2016 when the previous owner applied for a permit to construct a slightly smaller building with 49 apartments and sought density bonus incentives from the state of California. The current owner, according to Urbanize Los Angeles and city records, is Arden, LLC and they purchased the property in 2019 for $7.5 million.

The design of the apartment is being handled by The Albert Group Architects and is again of the very popular contemporary low rise structure with exteriors made of brick, metal panels and stucco. The apartment building is named “The Aster” and includes a ground-floor community room, a second-floor interior courtyard and common spaces on the fourth, fifth and sixth floors.