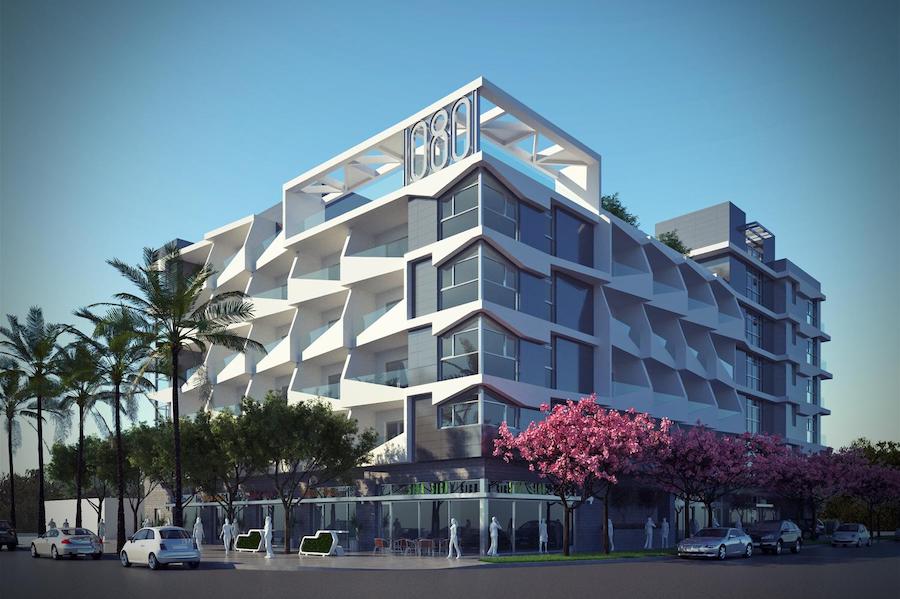 After five years (and a fire), a project that was previously approved in 2017 as a five-story building with 65 apartments will now be built in a redesigned form

This new development will be taking the place of a commercial building that went up in flames in 2020, as reported by Urbanize Los Angeles. The former building at 10801 Venice Boulevard, near the corner of Venice and Glendon, has already been demolished. The new design is six stories high and will have 85 apartments that are located above the commercial ground floor space and an underground parking garage with two levels for vehicles. The original five-story design was approved using density bonus incentives but this version takes advantage of the Transit Oriented Communities incentives that allow buildings to be built taller than normal zoning would allow. The incentives are given only if the developer sets aside a certain number of apartments as deed-restricted affordable housing.

Developer Reza Amin resubmitted this redesigned plan via an LLC called Venice Ventures with Plus Architects as the designer of both versions of the development. According to Urbanize Los Angeles, the design is “a contemporary podium-type building with cantilevered, sloping balconies and a rooftop amenity deck.” and joins similar developments in the area like the ones at Venice Boulevard and Mentone Avenue currently being built by the California Landmark Group and another apartment complex that has been proposed at Venice and Overland Avenue by Wiseman Residential.