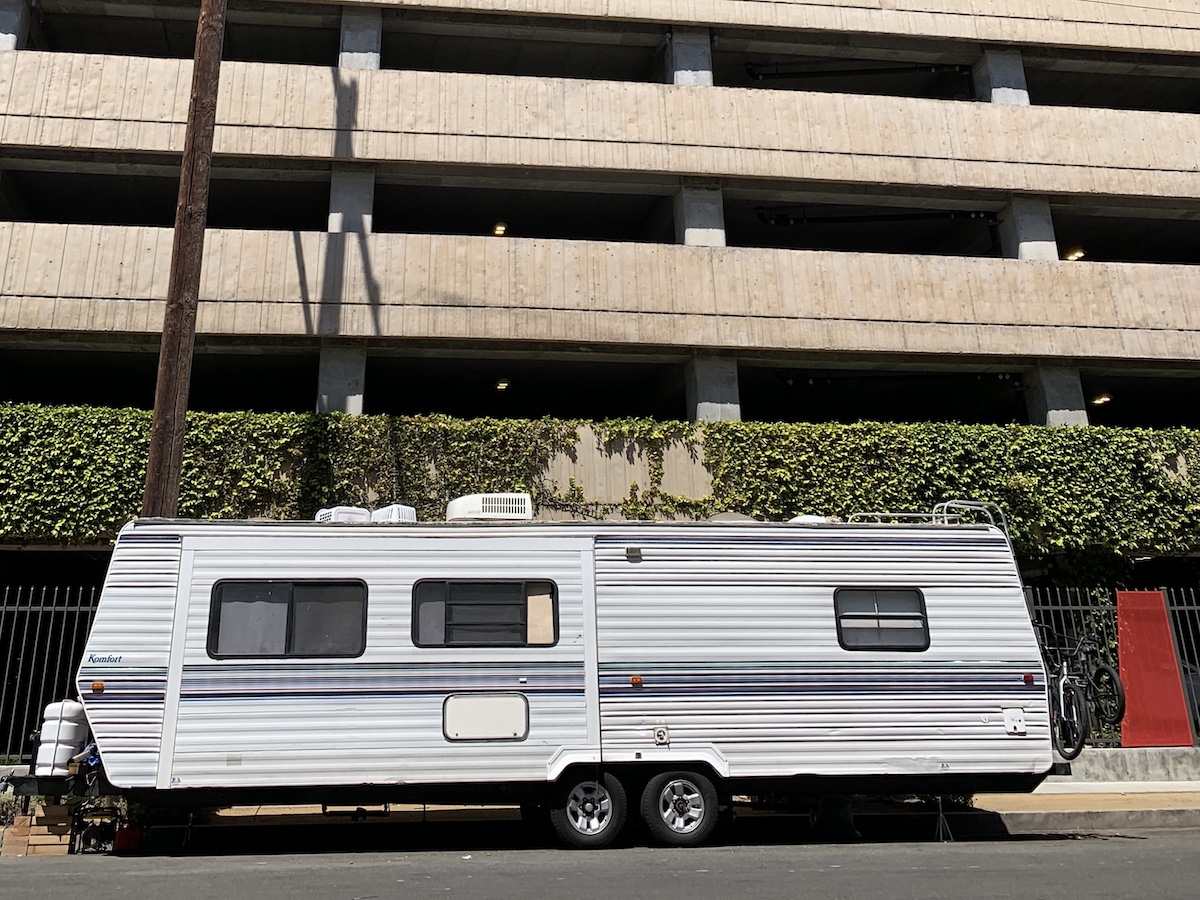 The original ordinance was passed in 2017, but had a sunset provision or legal expiration date as of January 1, 2020 unless the City Council extended it. Without the extension, the ordinance is no longer in force.

Many residents assumed that passage of the anti-camping law would prohibit the usage of RVs and other cars as dwellings on residential streets, but there is no provision within the anti-encampment law for that kind of prohibition. Therefore LAMC 8502 would need to be reinstated for those restrictions to come back into effect.

The motion submitted by Councilmember Buscaino to reinstate LAMC 8502 has updated some of the provisions of the ordinance. The motion would create a permit system that would give the okay for dwelling in vehicles that would be outsourced to a homeless services provider. Buscaino believes that permitting would stop any “overconcentration” of vehicle dwellings in any specific community. Buscaino says that this provision would facilitate entering the people who apply for these permits into the Coordinated Entry System or CES that is part of the LA Homeless Services Authority. CES would then connect vehicle dwellers with LA City services for the unhoused.

The new motion carries the same prohibition on residential vehicle dwelling from 9:00 p.m. to 6:00 a.m. The new language of the ordinance spells out where vehicle dwellings are permitted and that the new passes must be displayed. The passes would come with expiration dates that are renewable. If one is caught violating the new ordinance, there are some fairly hefty fines that would come with those violations. A first infraction would carry the penalty of $100 dollars and subsequent fines are raised to $250 dollars each with additional consequences that could be faced by those who break this law.

The motion was sent to the Homeless and Poverty Committee in October and has gone no further.

By Yo Venice Staff November 16, 2021
in News, Transportation
Related Posts