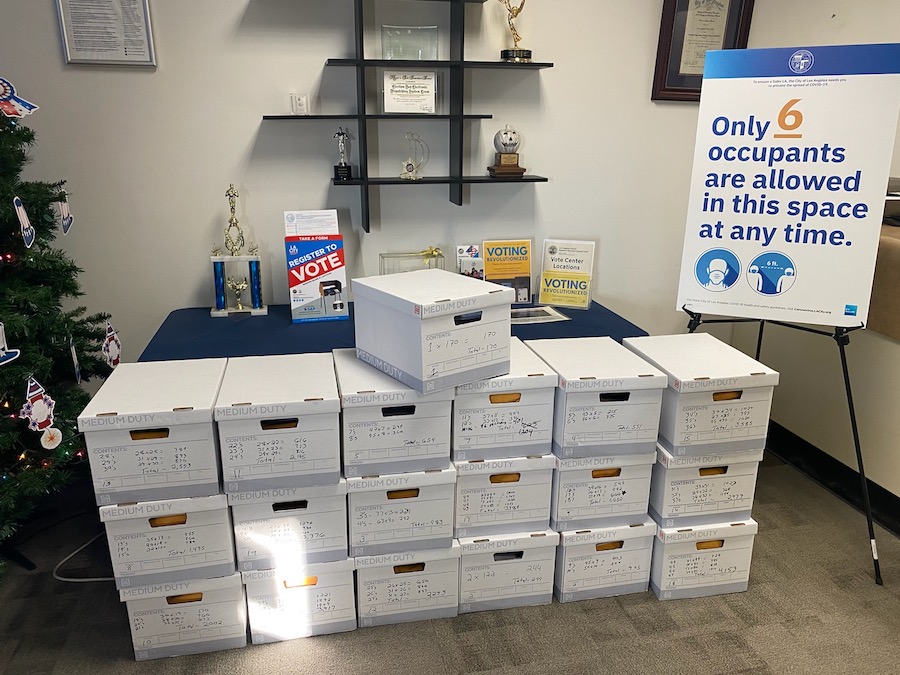 The Committee to Recall LA Councilman Mike Bonin filed 39,164 signatures today with the LA City Clerk’s Office that in all probability will be placed on the ballot in a special municipal election once the signatures are verified and his time as an elected official may soon come to a close.

For the first time in 75 years, there will be a serious effort to remove a local LA elected official from office and the volume of signatures indicates a tidal wave of organized opposition that sends a message to every elected official that the people matter and the Machiavellian tactics of Mike Bonin will no longer work with residents concerned about endless encampments, rising crime and a deterioration of the quality of life concerns that have occurred coupled with the effects of a pandemic that Bonin used as an enabler to protect rampant homelessness across the district.

The amount of signatures gathered and submitted truly reflects the animosity most residents and in particular Venetians have for an elected official that does not listen and does not learn from his errors, mistakes and political mishaps.

And while the signatures represent a groundswell of support against the incumbent, the campaign has really just begun and this is the first shot in what will be an expensive and ugly campaign because Mike Bonin won’t just go away.

In all probability, the Bonin forces will throw every obstacle possible, legal and otherwise to slow down the momentum of the Recall Bonin 2021 forces!

More on the signature verification process later this week, but there will be a recall and the demise of Mike Bonin appears eminent!