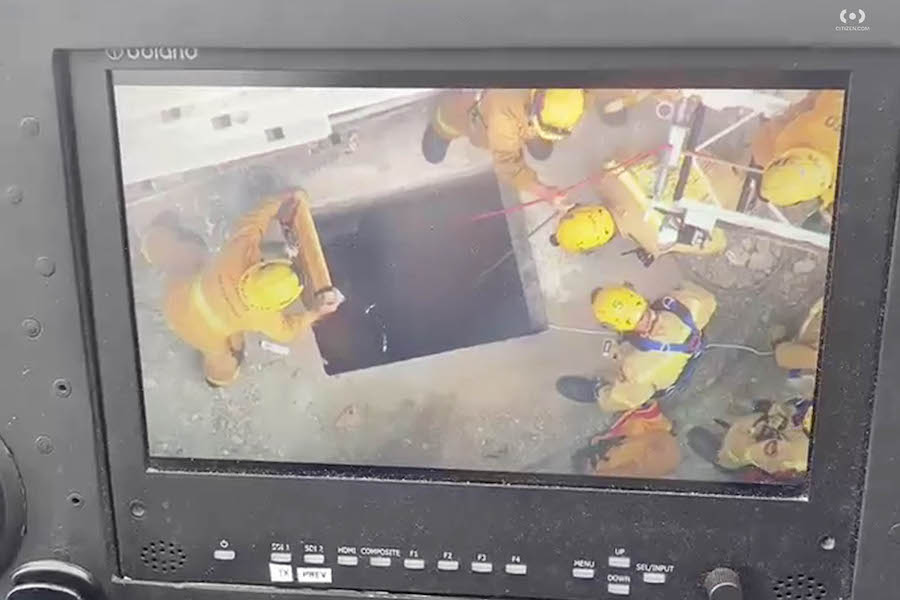 A Mar Vista construction worker was injured after falling into a 14-foot hole Wednesday morning.

According to the Los Angeles Fire Department (LAFD), the incident was reported Wednesday around 10:20 a.m. at 3799 Boise Avenue in Mar Vista.

LAFD crews, including an Urban Search and Rescue team, arrived on the scene to find a male construction worker within a 14′ deep, 4′ x 4′ concrete-lined hole.

“The conscious and alert male worker was determined to have no imminently life threatening injuries, and had been assisted by firefighters, with the use of a harness, in safely ascending a fire department ladder to ground level,” wrote LAFD spokesperson Brian Humphrey in an incident report.

According to Humphrey, the worker was transported by paramedics to a local hospital in fair condition.

Humphrey said that the incident likely occurred at a private construction site, though could confirm this. In addition, he noted the California Department Industrial Relations, Division of Occupational Safety and Health (Cal/OSHA) will handle an investigation of the incident.