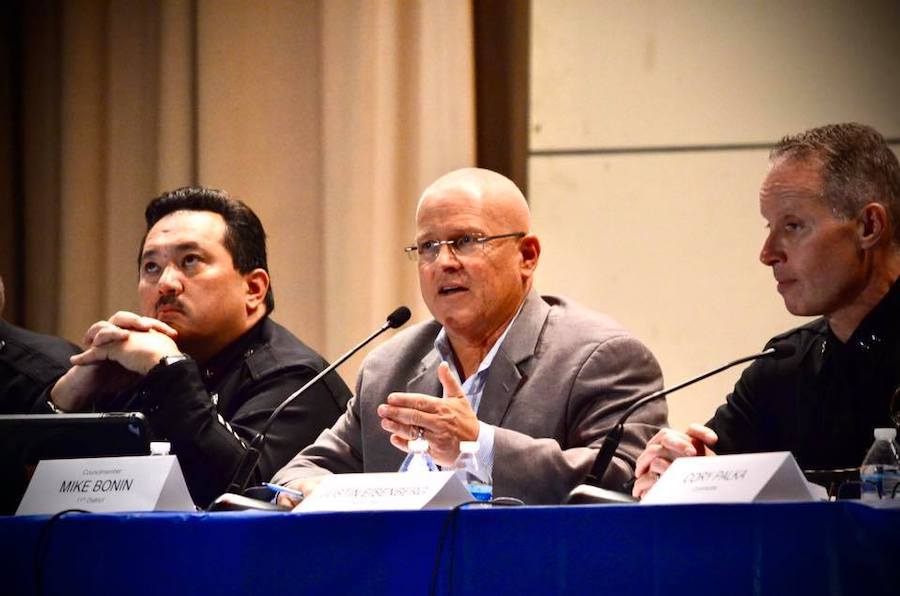 For the first time in a long time Mike Bonin seems to be actually responding to the acute concerns of Venice and the rest of the citizens of CD-11 in wake of moving transients off the boardwalk and bringing some sense of normalcy back to Oceanfront Walk.

As the highest paid council member in the United States, Mr. Bonin only represents some 300,000 residents but earns more than every sitting state governor, US Senator Dianne Feinstein, US Senator Alex Padilla, Speaker Nancy Pelosi and just about every elected municipal official across the country. Those who represent all of California like our two senators speak for 40,000,000 people, Sheriff Alex Villanueva some 10,000,000 here in LA County alone.

But as they say, “all politics is local” and finally we see Bonin pivoting back to the notion that this council district is a collection of diverse neighborhoods in dire need of representation that will address the issues of rampant homelessness, rising crime and this attack on our community values and quality of life concerns that have been ignored for too long!

And it is this severe reaction to Bonin’s failed policies and proposals across the district that have resulted in yet a second recall effort.

For the first attempt was narrow in cause and effect as the road diets he proposed were pushed back and as Mike would say, reimagined!

But it took an angry and devastating push back by residents to get Mr. Bonin to finally react and do something, anything to decrease the transient population that dominates the homeless issue to say nothing of the violence and spike in crime that came with his inability to respond and react.

Crime in Venice alone year over year has ballooned some 150% according to Pacific Division data shared by LAPD. The notion of clean neighborhoods has evaporated and work to end homelessness is stuck in the mud.

For why is Los Angeles and Venice in particular the homeless/transient capital? Why do 50% of all homeless in CD-11 live in Venice, only outdone by the conditions downtown at Skid Row?

For this hint of improvement at the boardwalk is a direct result of demands for citizen action and the hostility that Bonin has agitated and provoked through ignoring the issue and avoiding the emails and phone calls of hundreds if not thousands of constituents over the last two to three years.

His presence in Venice is non-existent as he avoids any community meetings or gatherings and continues the cries of “NIMBY” and other rhetoric designed to confuse or mask his failures as an elected official as this recall becomes a real threat to his political future.

And once again this recall effort is organic in nature, being organized by Venice locals who just want the old Venice back, minus the encampments and high crime created by Bonin himself on his watch no matter how much he tries to confuse the record.

And like any recall, this is no longer about the issues but the gathering of the signatures.

For this is now about the math.

And for every registered voter that signs the petition is making a statement that enough is enough and that it’s time for radical and structural change of government at the local level.

And when this recall reaches 5,000, 10,000, 15,000, 20,000 and 25,000 signatures, the political narrative will no longer be about why Mike Bonin is being recalled, but when he will be replaced and a new election held to end this term of office and bring a fresh face to city government.

For any candidate thinking about challenging Mike Bonin in 2022 is no serious candidate at all if they are not gathering signatures and ending this failed term of office right now.

For the recall is bigger and more important than a Bonin reelection effort. He will not resign and will fight to the bitter end, and a failed recall will be political fodder that Bonin isn’t really a terrible council member and that under it all is a hint that voters may just like Mike one last time!

And all the political operatives and consultants seeking fat fees for a shot at Mike in 2022 must realize that a defeated recall could in fact revive and resuscitate Bonin’s political pulse in the face of his across-the-board failures which are obvious and numerous.

Anyone serious about beating Bonin can’t take a pass or sit this recall out.

Standing on the sidelines and doing nothing is just unacceptable.

For the common thread in this recall is the lack of solutions proposed or initiated by Bonin on the core issues of rampant homelessness, rising crime and the quality of life robbed from all of us.

Bonin himself has admitted the following:

·       Venice Beach and Oceanfront Walk suffer from a lack of coordinated management on his watch!

·       Bonin has failed to create a management structure that addresses this governmental vacuum!

·       Where was the neighborhood friendly, evening programming he promised at OFW?

·       Bonin created and conceived the failed VENICE FORWARD; that has since collapsed under its own weight of bureaucratic ineffectiveness!

·       Where is the mental health component or strategy to Mike’s failed homeless initiatives that leave the sick on the street?

·       Why isn’t surplus city parcels used to strategize the housing question throughout CD-11 and stop these attempts of making Venice the reliable containment zone?

·       Where is the daily outreach and why does Mike reject the efforts of LA Sheriff Alex Villanueva as a willing partner to solve the crisis?

·       Where are the rest rooms, showers and bathrooms that were promised here in Venice and district wide?

·       Where are the street services that were promised with Bridge Housing that never occurred?

·       Why has Mike Bonin tied the hands of the LAPD’s Pacific Division and why does he refuse the assistance of the LASD?

For Venice and CD-11 has witnessed this steep climb in rampant homelessness and violent crime under Mike Bonin that is obvious and undeniable and to reward Mr. Bonin’s failed efforts by taking a pass on the recall only strengthens his political hand for reelection in 2022.

For now is the hour.

For one thing I do agree with Mike is this: This isn’t about ideology, it’s about problem-solving and his solutions just don’t’ work.

In fact I’ll take it a step further: it’s about doing the right thing and stop applying political best practices that do not apply.

For the recall of Mike Bonin is the natural extension to solving the problem at hand and signing that petition is the first step in delivering on a new council member who has the guts to turnaround Venice and the rest of CD-11.

The author is a member of the Outreach, Parking and Oceanfront Walk Committee’s of the Venice Neighborhood Council (www.venicenc.org) and can be reached at (310) 621-3775 or nantoni@mindspring.com

By Yo! Venice Contributor July 29, 2021
in Opinion
Related Posts