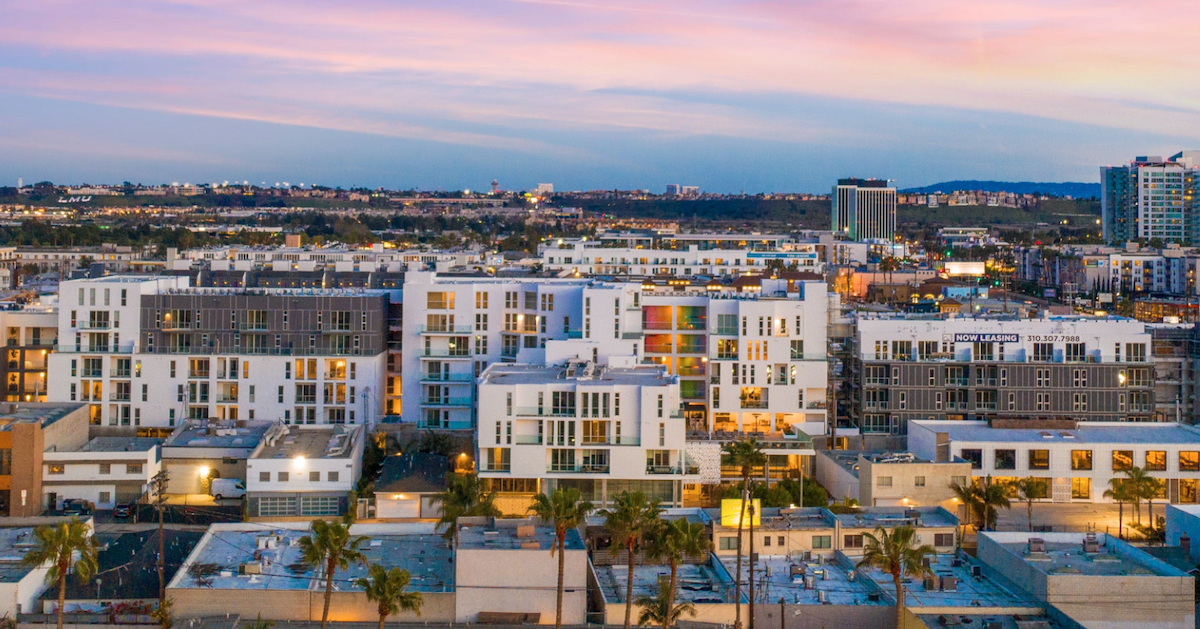 The G8 development is officially done. The California Landmark Group recently completed the $120 million mixed-use project which will contain rental units as well as office space.

The building is located less than five blocks from the beach at 4040 Del Rey Avenue near the intersection of Washington and Lincoln boulevards. It’s also near Culver City located just steps away from the City’s western border and also east of Venice.

The apartments will range in space from 550 to 1,500 square feet. There will also be a combination of single, one-, two- and three-bedroom units.

The three acre property was acquired by CLG back in 2018 at the price of $5.1 million according to records. Even though the building has just been completed, according to CLG founder Ken Kahan, it’s already 80% leased.

In addition to the living space, amenities will include a private theater room, game facility, fitness center, yoga studio and rooftop deck all designed by RIOS and PK Architecture.