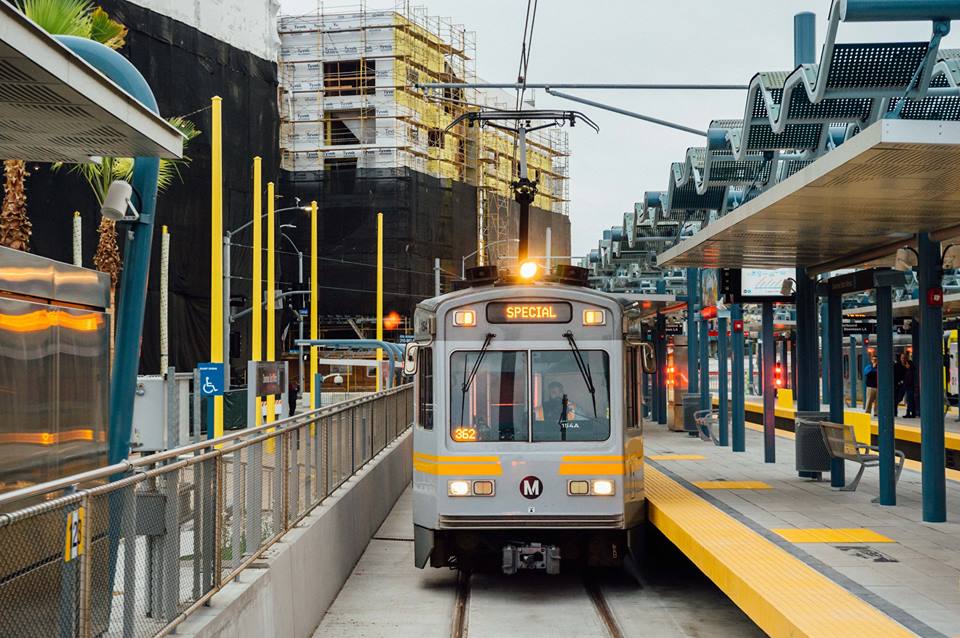 By Tom Elias, Yo! Venice columnist

The good news last year for many Californians who happen to live near light rail stations and heavily traveled bus routes was that the most controversial legislative proposal of 2019 suffered an early demise in the springtime.

The bad news for the same folks is that the same proposal, known in 2019 as SB 50, will be back in 2020, probably with a different number. The essence of this proposal is simple: Its backers, including Gov. Gavin Newsom, are convinced that mandating dense high rise construction near rapid transit stops and the busiest bus routes will go far toward solving California’s housing shortage. Exact details of the next version of the densifying plan are not yet known, but it’s clear the basics will be the same.

One argument by Newsom and the bill’s chief sponsor, Democratic state Sen. Scott Wiener of San Francisco, is that it will lead to a healthier California. But a new global study from a Spanish research institute suggests this may be baloney.

Says Wiener via email, in response to a question: “Housing density…facilitates active transportation, such as walking and biking. People are much healthier when they regularly walk, as opposed to having a sedentary lifestyle and spending hours every day in a car.”

His comments came after publication in Science magazine of a study from the Barcelona Institute for Global Health, which found that “higher residential-surrounding greenspace is related with less severe strokes. Living in high noise areas…can lead to more severe strokes.”

The implications for SB 50 or its successor measure of those conclusions from a global study of more than 2,700 stroke victims seem clear: Unless Wiener and his allies can somehow create lots of parks and tree-lined streets around the high-rises they seek to require in cities of almost every size, they will increase the possibility of death by stroke for those living in the new housing – and their neighbors.

For denser housing almost always leads to more noise and less green space, unless government creates countermeasures like road blockades and large parks. That’s exactly what has happened in Barcelona, where many residential city blocks have seen streets converted to pedestrian and bicycle use only and new parks are frequently opened.

There was nothing like that in the proposals Wiener pushed in the last two legislative sessions.

Yet, he says, “Urban density can and should include significant green space and noise abatement. Great public spaces and parks, as well as a robust urban forest, are important elements of any great city or town. Building codes can reduce noise issues in people’s homes.”

But not in the streets, where the new buildings he seeks would rise in the busiest areas of cities large and small. So even if their condominiums and apartments are quiet, there will be plenty of noise whenever residents venture outside.

The scientists behind the Barcelona study have nothing against dense housing, they said in emails. But, said Payam Dadvand, M.D., co-author of the stroke study, “Denser cities have both pros and cons and it very much depends on how they are designed and planned.”

Wiener’s ideas, moved in part by frequently expressed hostility toward the urban sprawl and single-family zoning of most California cities, stem from an emotional conviction, not backed by evidence, that residents of new transit-adjacent housing will almost universally use that transit.

But since most California transit systems don’t cover their cities nearly as completely as those in Europe and some eastern and midwestern U.S. cities, new residents cannot avoid using cars, whether their own or via ride-sharing companies like Uber and Lyft.

In short, existing California cities were never planned to offer maximum health prospects for folks who might move into the type of new housing avidly sought by Newsom and Wiener, who often seems to want to make all of California resemble the dense, noisy, concrete-filled Castro District of San Francisco, his longtime home.

These issues should be part of the new year’s debate over Wiener’s next bill and Newsom’s massive housing proposals. If they’re not included in the discussion, legislators will be disregarding the major warning contained in the Spanish study.

By Yo Venice Staff December 27, 2019
in Opinion
Related Posts

Voting is now open for the annual Best of Awards!* Voting is a great way to help your favorite local...