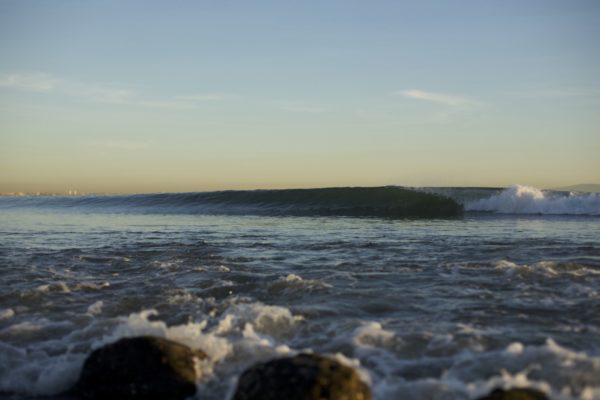 Fun run of surf on tap for Santa Monica Bay this week.

The school year has started and so has football season but the Pacific Ocean is still in summer mode as back-to-back south swells line up to grace Los Angeles surfers with fun waves this week.

The first swell, which began to fill into the region this past weekend, will peak on Tuesday, September 11 with 4-5 foot waves expected at south facing beaches throughout Santa Monica Bay. The swell’s southern direction means waves in Venice will be slightly smaller (but still rippable) compared to beaches in the northern parts of the bay. With water temperatures in the upper 60s and low 70s, however, Venice surfers should have no problem having fun.

As this first south swell begins to fade midweek, a new south swell is expected to bring even larger waves to the region, beginning Friday, September 14. This second swell is a long period swell, meaning each wave will contain a great amount of energy. As a result, when the swell is expected to peak on Monday, September 17, certain south-facing beaches in Los Angeles will see 5-7 foot waves throughout the day. As in the first swell, the waves in Venice and the southern parts of Santa Monica Bay will be slightly smaller during this second swell, but forecasters are still expecting head high waves for the area.