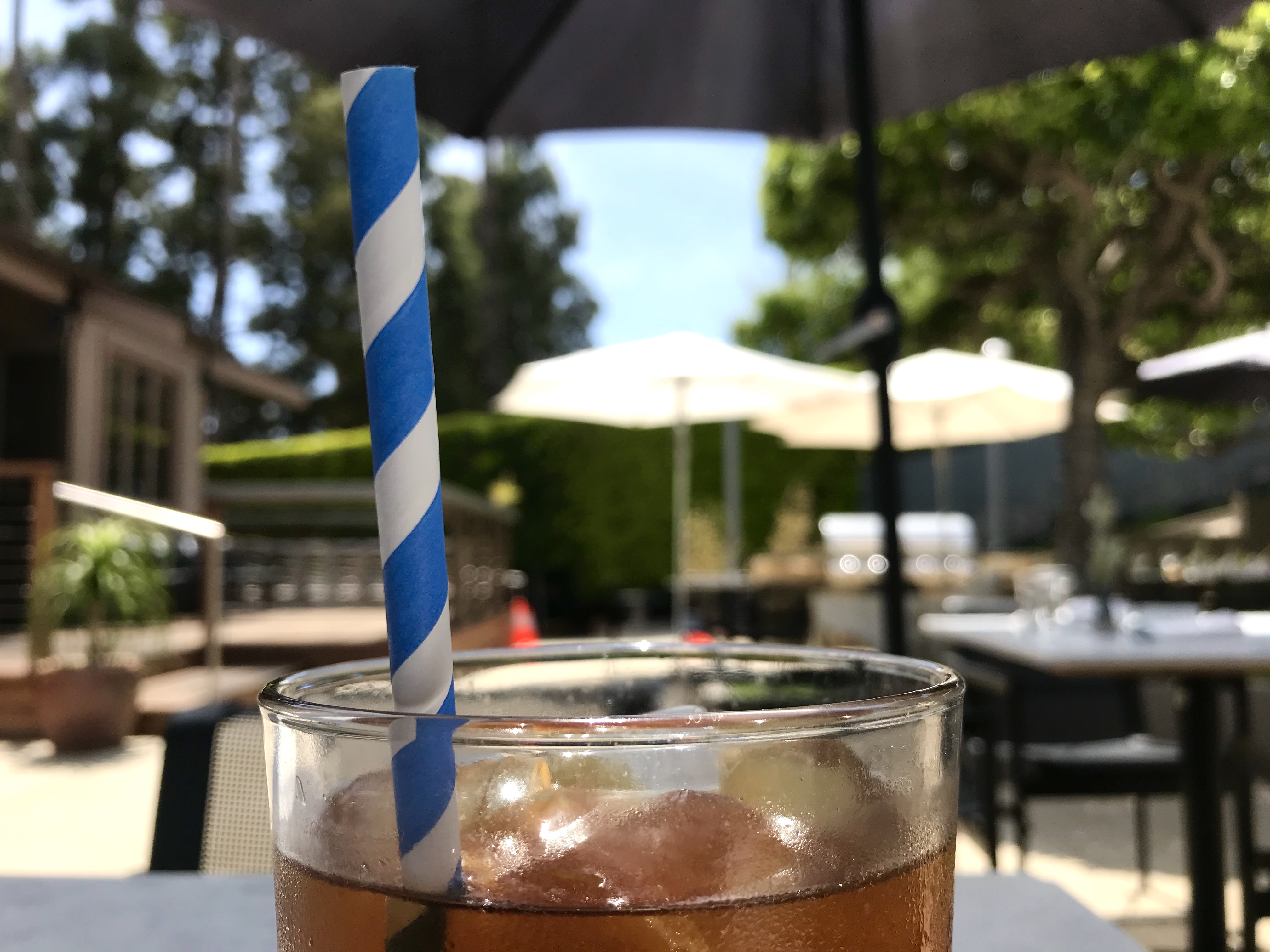 Sipping on an iced cold lemonade through a straw may be a refreshing way to cool down on a hot summer day but for the environmentally-conscious sipper, consider forgoing the straw.

“They collect along the walkways, storm drains and parks. In other cases, the beverage straws end up in local waterbodies and the ocean where they’re consumed by marine life; thereby impacting their health and welfare,” wrote the Los Angeles City Council Energy, Climate Change, and Environmental Justice Committee in a recent report.

To address these issues, California cities like The City of Davis and San Luis Obispo have implemented “straws-on-request” ordinances. These require restaurants to withhold plastic beverage straws unless a customer requests them. The City of Malibu recently passed a further reaching law that bans all forms of plastic utensils, including straws. Instead, restaurants must use alternatives like paper, wood or bamboo straws.

“Even with the emergence of bioplastics, which are derived from renewable biomass sources, such as plants and microorganisms, there is no certified type of bioplastic that biodegrades in a marine environment,” the City of Malibu stated in the bill passed on February 26, 2018.

While the City of Los Angeles has not yet passed any legislation banning plastic straws, the Bureau of Sanitation has been instructed to report on the feasibility of implementing a straws-on-request ordinance. The Bureau has until June 30 to prepare this report.

“The City played a significant role in the regulation and control of plastic bag use, increasing waste diversion and recycling and other efforts. The City should consider adopting a Straws-On-Request ordinance,” the Climate Change, and Environmental Justice Committee wrote.

Venice, with its high concentration of restaurants in close proximity to the ocean, is particularly impacted by plastic straw waste. Some residents, therefore, feel that the City’s current proposal does not go far enough. Zac Wong, a Venice-based animator and artist, thinks the City has good intentions but is not sure it will have an actual impact on the environment.

“I think this bill is a great first step,” Wong said. “It will get L.A. consumers to be more conscious of the waste generated from plastic straws. However, I’m not sure this bill will do enough to mitigate the consequences of straw pollution.”

Yo! Venice reached out to City Council asking why a more far-reaching plastic ban is not being pursued by the City, but they did not respond.

After the Bureau of Sanitation reports on the feasibility of implementing a straws-on-request ordinance, the bill would have to be drafted by the  Los Angeles City Attorney’s Office. It would then go before the City Council to be voted into law. Until then, maybe think twice about that straw in your lemonade this summer.