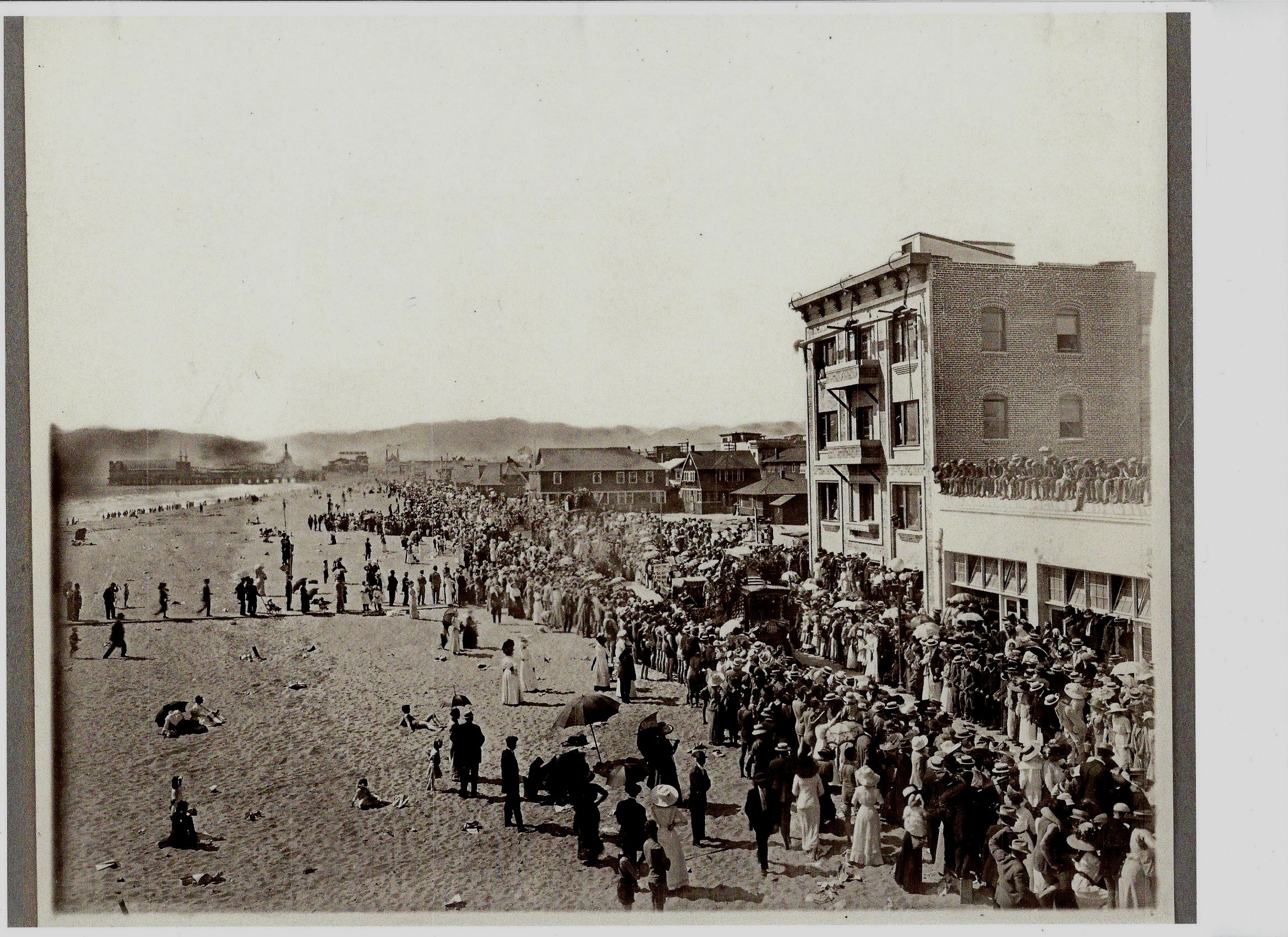 One of Venice’s oldest buildings, The Potter, is now officially recognized as a Culturally Historic Monument.

Every day thousands of people pass by 1305 Ocean Front Walk and pay no attention to the four-story residential hotel building. Recently, however, the City of Los Angeles recognized this building, known as The Potter, as a Culturally Historic Monument.

“It’s the oldest remaining beach-front hotel in Los Angeles to the best of my knowledge,” said Andy Layman, the owner of the building.

The Potter was built in 1912 and is a rare example of an apartment house from this era. In the 1960s, many similar buildings were demolished, making the Potter not only one of Venice’s oldest buildings, but also one of the few buildings left in Venice from the 1910s. And despite some interior alterations, The Potter remains relatively unchanged.

“The Potter retains most of the essential character-defining features from its period of significance and sufficient historic integrity to convey its importance,” states a January report from the Department of City Planning.

When The Potter was built, Abbot Kinney’s ‘Venice of America’ was a booming leisure destination for Angelenos, who would take streetcars from Downtown to spend weekends and holidays at the beach. The Potter is one of many apartment buildings constructed at the time to accommodate the large influx of these tourists.

The Potter still functions as a hotel called Venice Beach Suites & Hotel, offering furnished suites for daily, weekly, and monthly rentals. Now that the building is recognized as a Culturally Historic Monument, Layman hopes to make renovations that will bring the hotel closer to its original state.

The recognition by the City also means that Venice Beach Suites & Hotel will not have to conform to various parking requirements and mandatory upgrade regulations. Layman says this will make the renovation process easier.

Venice Beach Suites & Hotel is also currently being sued by the City for illegal Airbnb activities, though Layman says this is unrelated to the Culturally Historic Recognition. The complaint alleges that the owners and managers of The Potter have been operating the building as a hotel, yet the Certificate of Occupancy issued by the City does not allow this.

“In a city with a profound shortage of affordable housing, unlawfully converting rental units to operate hotels has got to stop,” said City Attorney Mike Feuer in a press release in 2016 when the case was filed.

According to Frank Mateljan, Deputy Director of Community Engagement and Outreach for the City Attorney, the trial for People V. Venice Beach Suites, LLC is set for May 16, 2018.