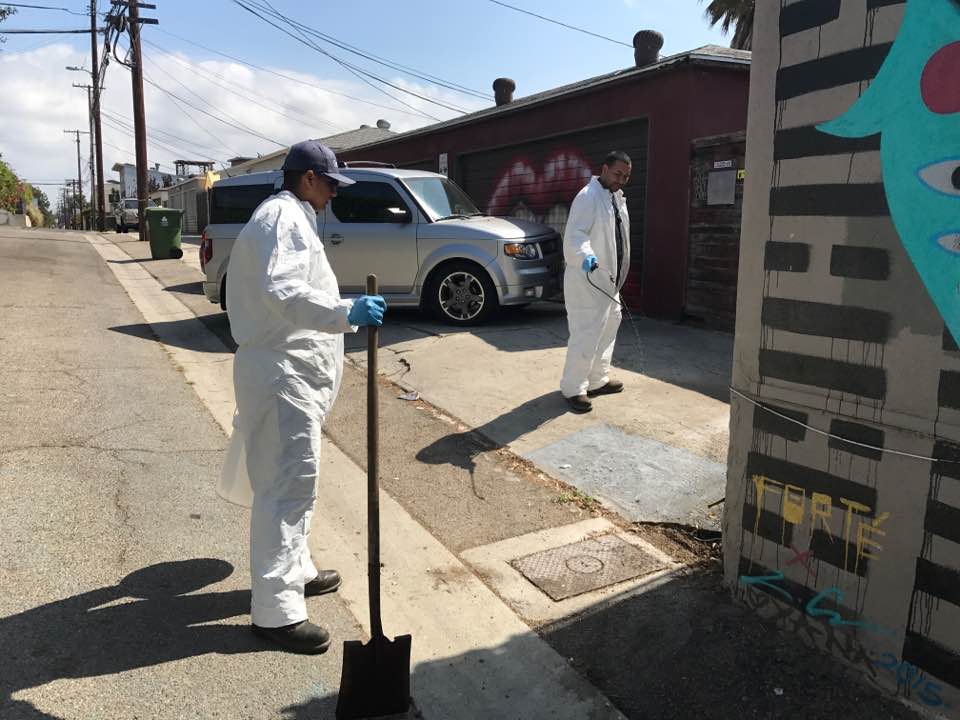 The California Hepatitis A outbreak has killed 18 people and on Friday, Gov. Jerry Brown declared a state of emergency.

More commonly spread through contaminated food, in California, the outbreak has been spread from person to person.

Dr. Gilberto Chávez from the California Department of Public Health said those homeless and some drug users were seen as “high-risk individuals” and that already 80,000 vaccines had been distributed.

The doses came through the Federal government’s Section 317 Vaccine program. The Department of Public Health is currently “looking into funding availability” from a State pool of funds and hopes to purchase additional vaccines as early as Monday or Tuesday next week, said Dr. Chávez.

According to Dr. Chávez, the vaccine is taken in two doses six months apart. However, the first dose is “sufficient to contain the outbreak” and provided a “level of immunity that can last 20 years.”

On September 26, Councilmember Mike Bonin called for the City of Los Angeles to expand access to round-the-clock public restrooms in an effort to curb and combat an outbreak of Hepatitis A among the city’s homeless population.

“This is a public health crisis, and we need to act with urgency,” Bonin said. “It is inhumane and unsafe to deny people access to restrooms. It endangers people living on the street, and it endangers neighbors who find human feces in their alleys and on their sidewalks.”

In Venice, a homeless encampment on Rose has neighbors complaining of people using the street as a restroom. Local Rick Swinger told Yo! Venice, “You have two choices here. You either open up those bathrooms on the beach or the homeless will poop on the beach.”

Bonin urged the Department of Recreation and Parks officials to open restrooms at Venice Beach around the clock. Bonin secured funds for the 24-7 restrooms during budget deliberations earlier this year, but the department has yet to start the expanded access.

People living on the streets are at a significantly increased risk of contracting diseases like Hepatitis A that are spread through human feces. According to a recent report, there are only nine public restrooms available at night for the individuals living on the streets of Skid Row. Venice Beach faces a greater shortage, with funding for only one set of beach restrooms.

A June report by a group of homeless service providers, advocates and residents found that the conditions do not even meet the standards the United Nations sets for refugee camps.