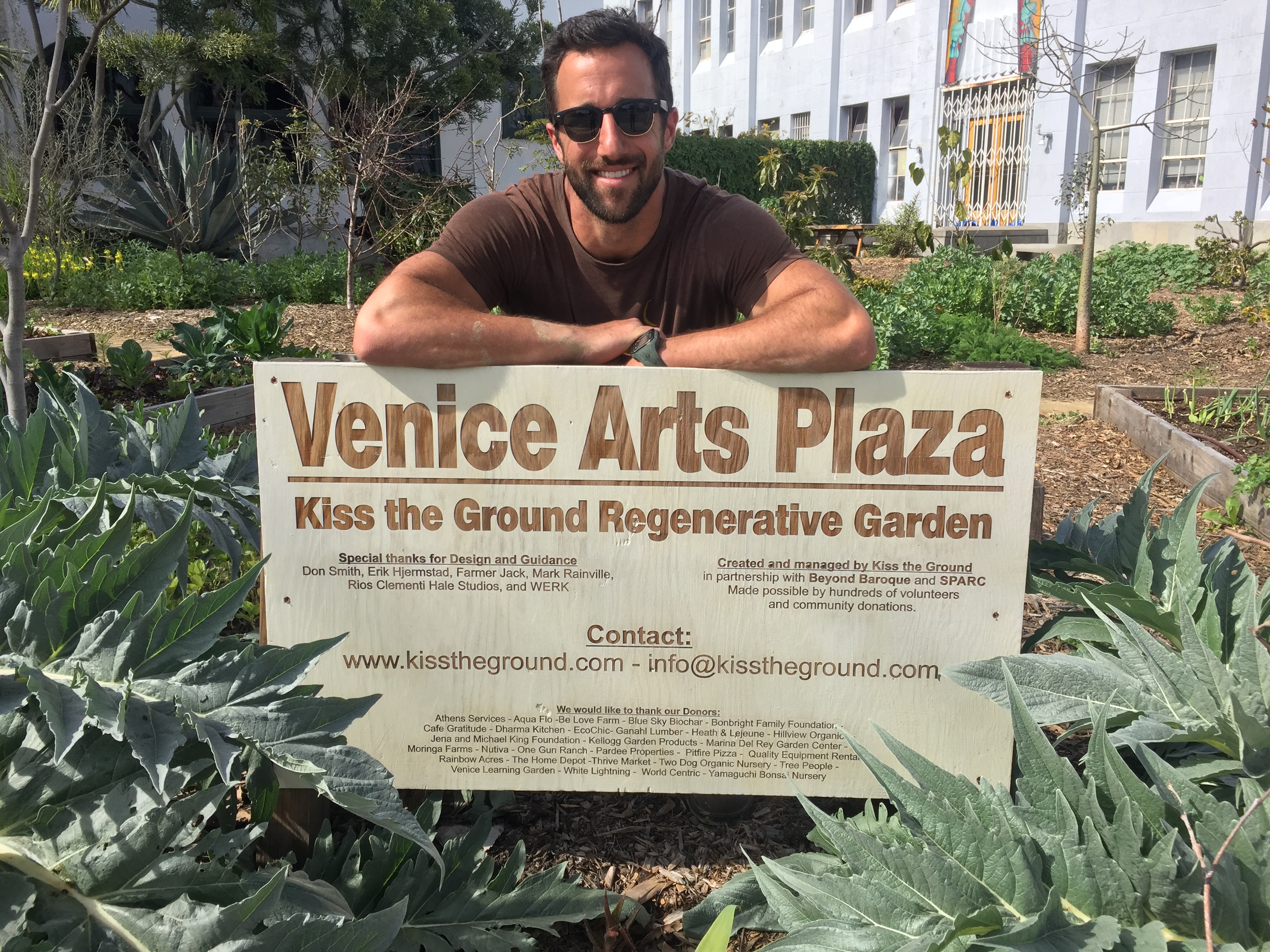 A Venice-based organization, Kiss the Ground is planting seeds for future change.

What is carbon sequestration? Finkelstein explains…

“Carbon is everywhere. Carbon emissions and this whole thing called Climate Change is due to the fact that we, as humans, have figured out how to pull carbon out of the earth and release it into the atmosphere. Carbon that has been stored as oil in the earth. Carbon sequestration is a technique that utilizes the natural biology and function of plants over time to remineralizes atmospheric carbon and store it back in the thin layer that wraps around the entire earth, that we call soil. So if you imagine pumping out carbon, carbon sequestration works the opposite way where it pumps in carbon, and it stores it in the ground. Kiss the Ground is an organization dedicated to telling a new story about soil and climate change.”

A worldwide movement, with fertile roots in Venice.

“We work with various community partners across the globe to facilitate these projects and tell their story about how they’re doing it on a large scale.  We’re doing it on the scale of a home garden, but when you start thinking about doing this over thousands and thousands of acres (using planned grazing, silver pasture, low or minimum tillage, or conservation tillage agriculture) you can actually calculate how much carbon is being pulled out of the atmosphere. So, it’s kind of the next step in our fight against climate change. We have to go beyond cutting emissions, and we have to go to the next step which is now pulling the carbon that we’ve pulled out of our soil and putting it back into the soil. So that’s what we’re doing with Kiss the Ground, telling a new story and inspiring people to get in touch with soil. It’s a really beautiful thing,” said Finkelstein.

Find out more at www.thesoilsstory.com

Read more about how Kiss the ground is helping homeless youth here.