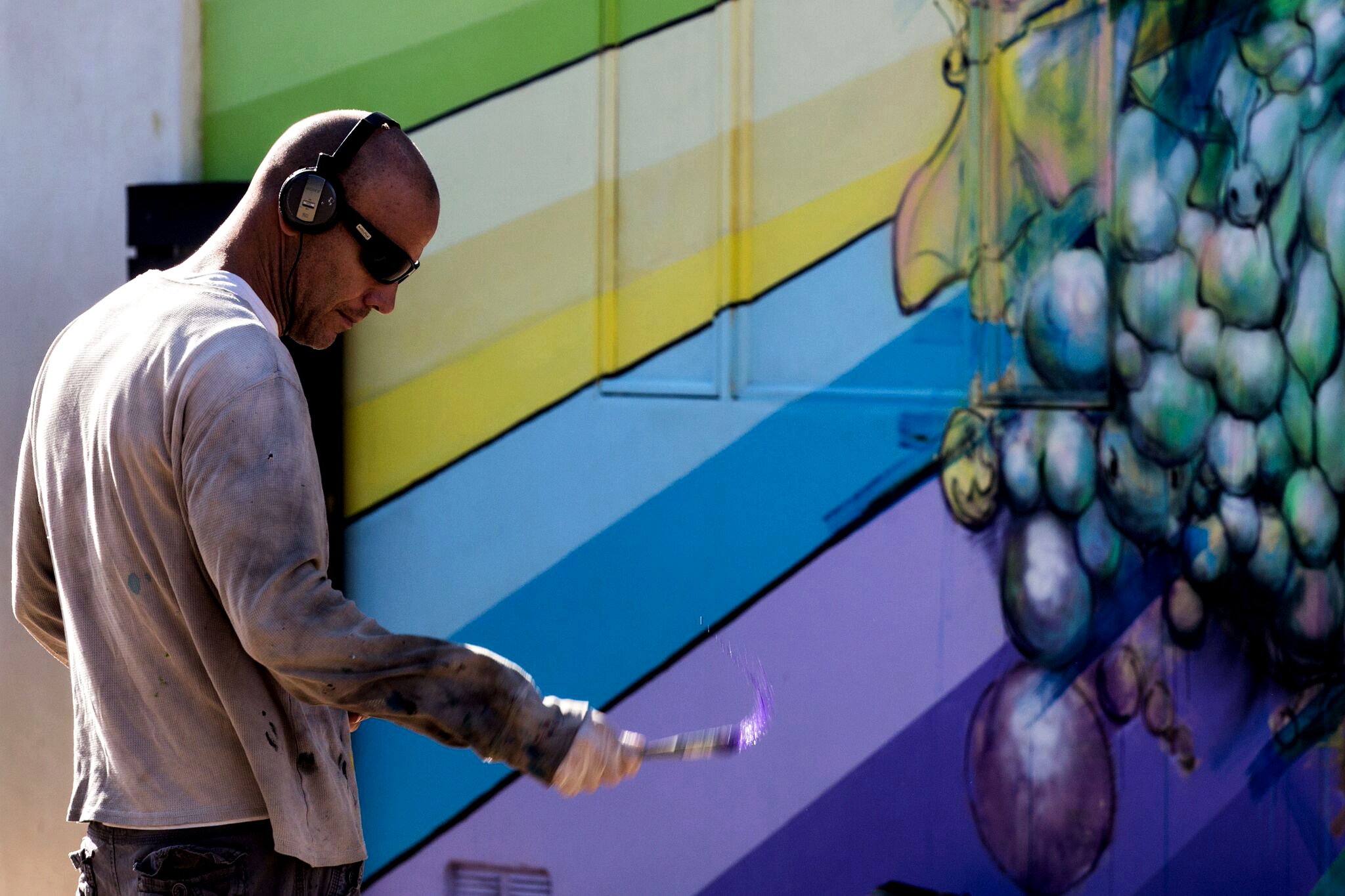 New York born artist, Brian Farrell found his way to Venice and is one of our many hidden gems in the interesting “artsy” community we call home. I would be thrilled to have Brian as my neighbor and to wander into his studio and discover this mad talent, living and thriving within a stone’s throw. Like many encased jewels, Brian’s work is hidden behind the four walls of his studio, waiting to shine out into the world. It’s stunning, moving, impressive and even mind-bending.

Brian didn’t fully delve into art until 1997. He dabbled in drawing at school, but landscape design beckoned him to dive in and get his hands dirty. He studied at Cobleskill College of Agriculture & Technology and spent some time crafting lush and fabulous gardens. Then his right brain called him to expand into advertising, and he studied at the New York Fashion Institute of Technology.

But the artist in him burned bright and brought him back to the drawing board. Brian claims it wasn’t a conscious decision. “I just picked up a brush one day and started painting”. His first show in 1998 in the Hamptons of New York sold out, so he had another, and it too sold out. And so it went, snowballing from there.

Farrell’s early works were impressionist paintings, inspired by the gardens he worked in. Next came figurative works. Then physics. Then astrophysics and properties and matter and quantum physics. Mind-bending and mind-blowing! He is mostly self-taught, except for a year at the Academy of Art in 2007.

Brian marvels at marketing then and now. Back then, pre-website/Instagram/Tumbler, it was different and much more challenging. He remembers how you just “carried around a bunch of crappy photographs of your work and some cards and hoped you could convey something other than crappy photographs.”

When asked where he wants to go with his art, Farrell said a different thing inspires him every day. Environment, politics, and social issues all play into his work. And while most of his creations in the studio are abstract, figurative, and mixed media, he wants to get out of the studio and away from the canvas and wood, and paint. Brian now has a grander, large-scale vision of interactive installations, suspended pieces hanging in mid-air and even a life-size diorama depicting other world beings looking down on human life in wonderment.  He is ready to go bigger, bolder, broader.

So how did this art-magician end up in Venice? Like many, he started coming to escape the cold winters of the East Coast, spending periods of time, painting away in a room with a view of Venice Beach. The beauty of California happened.  Brian embraced the hiking, surfing, and yoga.
“I love that you can go from flat Venice to the Santa Monica Mountains in a hot New York minute and 90% of the time the sun is shining,” he said.

Farrell has created masterpieces and murals all over the world. He has one, commissioned by Matthew Kinney, at Plant, Food & Wine on Abbot Kinney. Find Farrell online at brianfarrellart.com

To finish, Mr. Farrell will leave you with this:

“A completed composition involves thought, patience, & time. A strong base, underpainting, or foundation. That each brush stroke is deliberate and with purpose. It’s not a rush to the final. It may never have an end! Do this with all aspects of your life.”