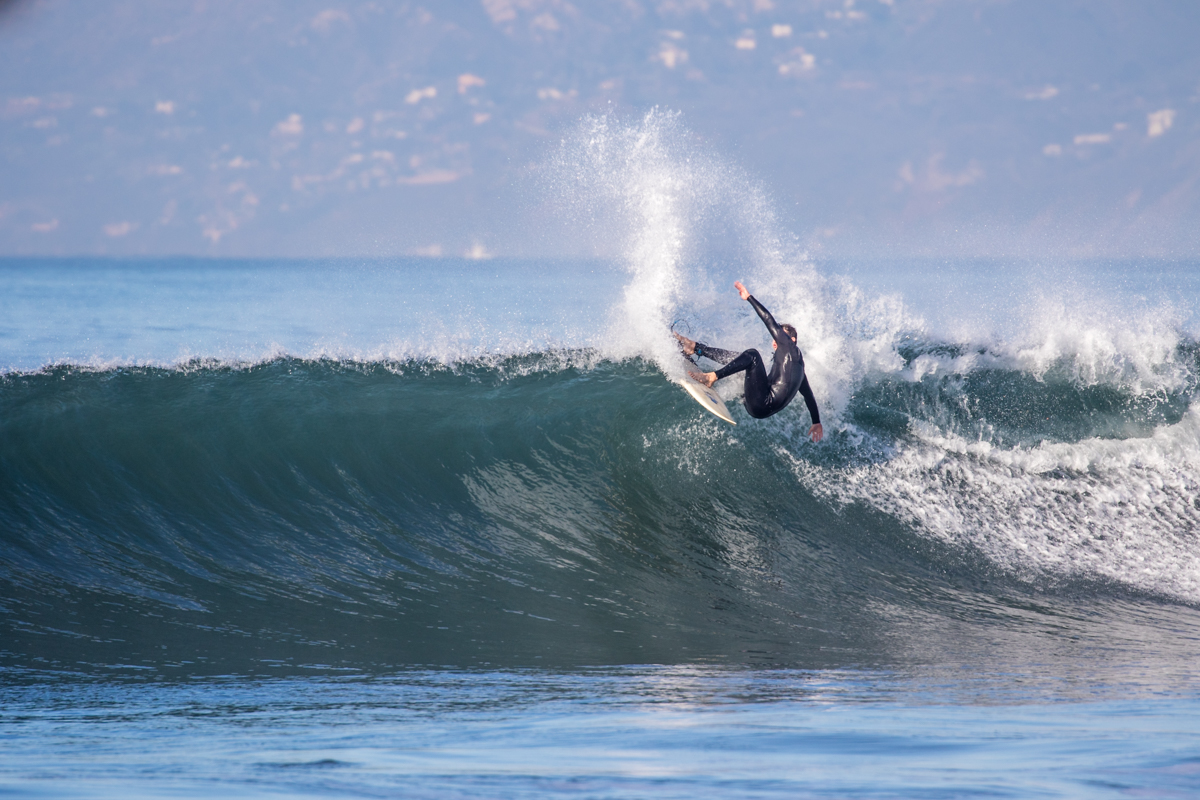 The National Weather Service warns of storms, and is expecting an extended period of high surf for all southwestern Californian beaches starting today, Thursday January 19, and continuing through to Monday January, 23rd.

This large, long-period, west swell has the potential to bring the highest surf seen in recent years to the region. The very large surf will create dangerous ocean conditions with the biggest waves peaking late Friday into Saturday.

Expect waves between 4 to 8 feet on Thursday that may build to 10 to 16 feet by late Friday and Saturday. Surf will diminish Sunday and Monday but will remain above high thresholds.

Large and powerful surf with dangerous rip currents and breaking waves on rocks and jetties, along with damage to piers is possible on Saturday, as well as coastal flooding of beaches, parking lots, and walkways.

Beware when swimming or standing on rock jetties as it will be dangerous. Remember, swim near a lifeguard. If caught in a rip current remain calm and don’t fight the current, instead, swim in a direction following the shoreline and when out of the current, swim back to shore. If you become too tired, float or tread water until out of the rip current. If you are unable to escape, face the shore and call or wave for help.

Eight months after the start of West L.A V.A’s Tiny Home Project 30 out of 140 units are now vacant...