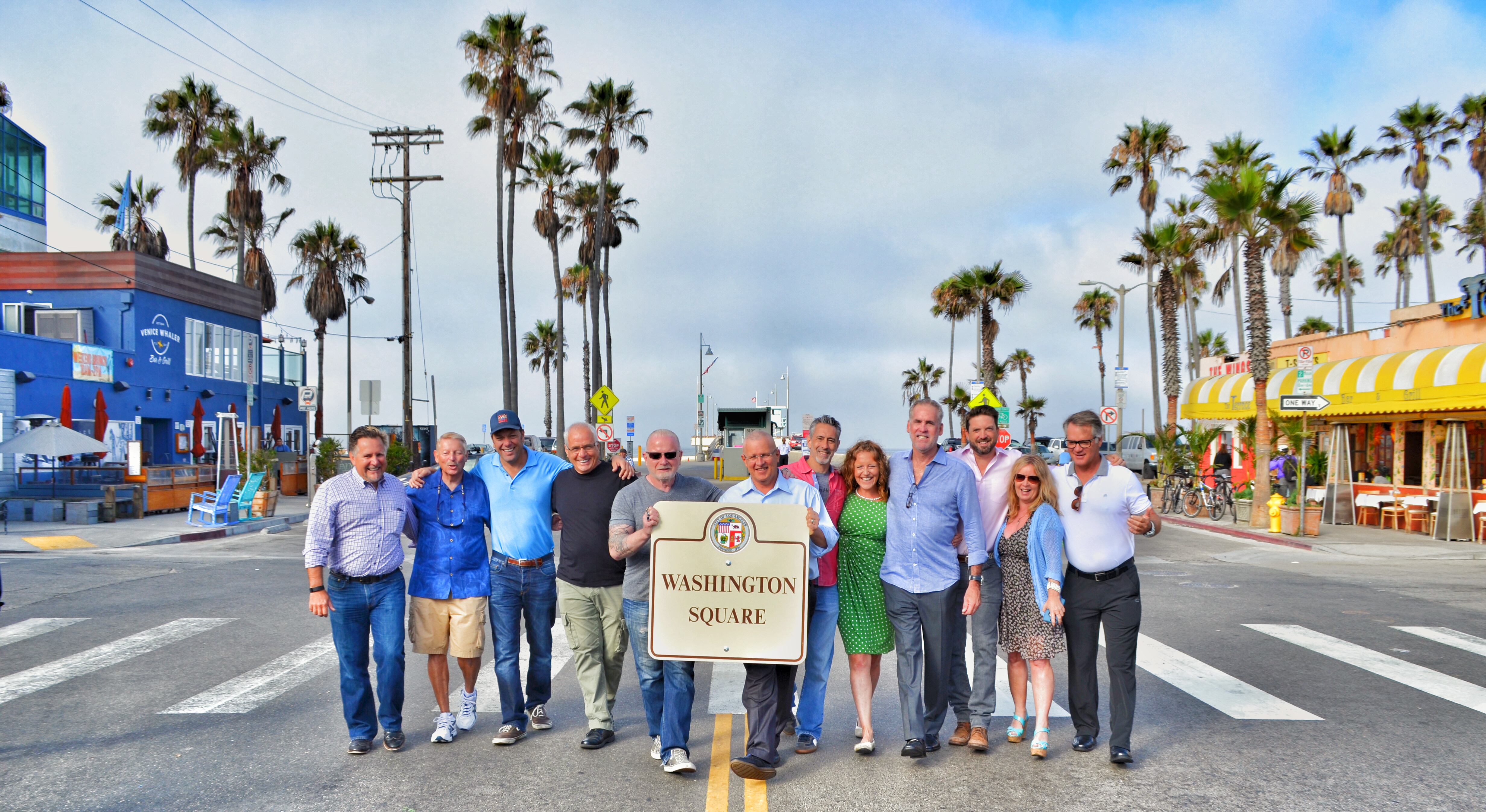 It’s the gateway to the Pier, a little part of Venice Beach that manages to keep a local vibe even when a swell of summer tourists roll in to the neighborhood. Surfers rule at dawn, squeezing in a morning surf while the waves are still crisp. Neighbors cradle mugs of coffee from home as they escort fur-children on morning walks.

Nick’s has the morning paper, the Whaler’s to-go window serves a killer breakfast sandwich, and at Cow’s End the regular suspects stand happy in a line that trickles out the door.

After homeless man, Jonathan Lemons, bit the off the fingertip of Cow’s End owner Clabe Hartley in March 2015 local business owners decided they needed to unite. Forming a Business Improvement Group, which is less official than a Business Improvement District yet still carries clout, businesses owners banded together under the umbrella of Washington Square.

While Washington Square has always been the unofficial nickname for the area, the official designation should make it easier for non-locals to identify. The new signs are located on Washington & Pacific and Washington & Speedway, although the actual square runs from Clune Ave to the Ocean, on Washington Blvd.

Robert Singer is President of the Washington Square Business Improvement Group (WSBIG), he says the area has long been a first stop for tourists.

“Once arriving into LAX, their first lunch, bike rental, and toes set in the sand are often with us! Tourists from all over the world see Washington Square as their initial point of contact to the entire state of California.”

The official designation is expected to benefit locals as well. Every quarter business owners chip in to a fund that goes towards improving the area. Neighbors should start to notice a cleaner, safer Venice down near the Pier. Plus, with a renewed sense of community pride, the restaurants and shops within Washington Square are upping their game as they welcome hot newcomers like Simmzy’s, Leona, and Nighthawk.

It’s an exciting time down near the Pier these days. Just no one go inviting GQ Magazine over for a turkey burger at Hinano’s. OK?