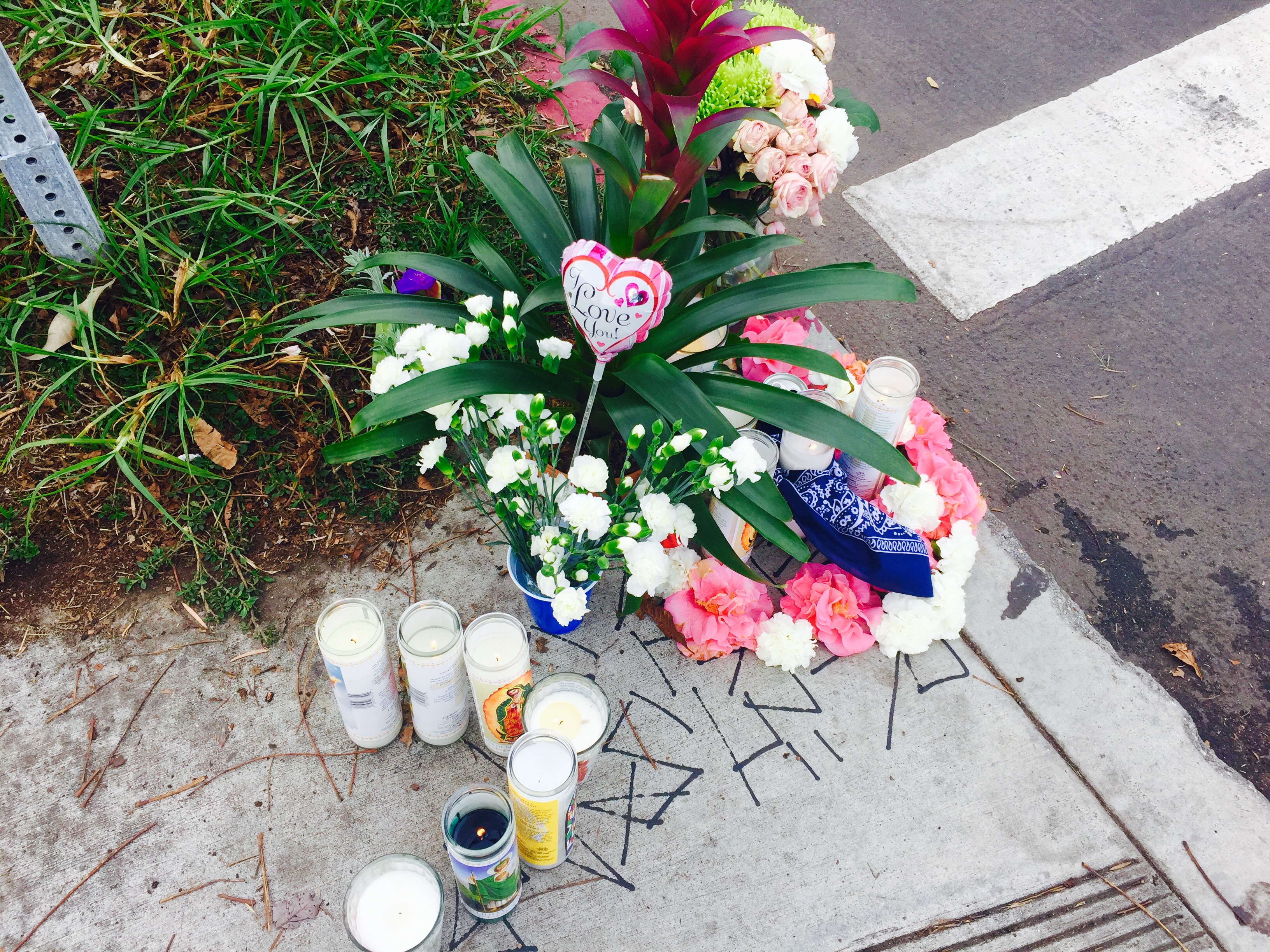 This afternoon the friend of a man, who was fatally shot last night in Venice, came to check on the candles he had placed this morning at a shrine that now rests on the corner of 7th and Flower Avenues.

The late Gonzalez’s Friend did not want to be identified,  however he did say Gonzalez was a well know local who was often seen walking around wearing a big, happy grin, “he wasn’t nobody, he was somebody around here. Everyone knew him,” the friend said of Gonzalez.

Police believe the shooting was gang-related and have appealed to the public for help solving the crime. However many seem reluctant to say anything. One local said they had thought they heard the gunshots last night, then quickly added that may be it hadn’t been gunshots after all.

According to the Los Angeles Police Department the shooting happened about 8:15 p.m. Thursday near Seventh and Flower avenues.  Gonzalez died at the scene, the LAPD said.

The suspect was described only as a male wearing a blue hoodie
sweatshirt. His getaway car, a tan SUV.