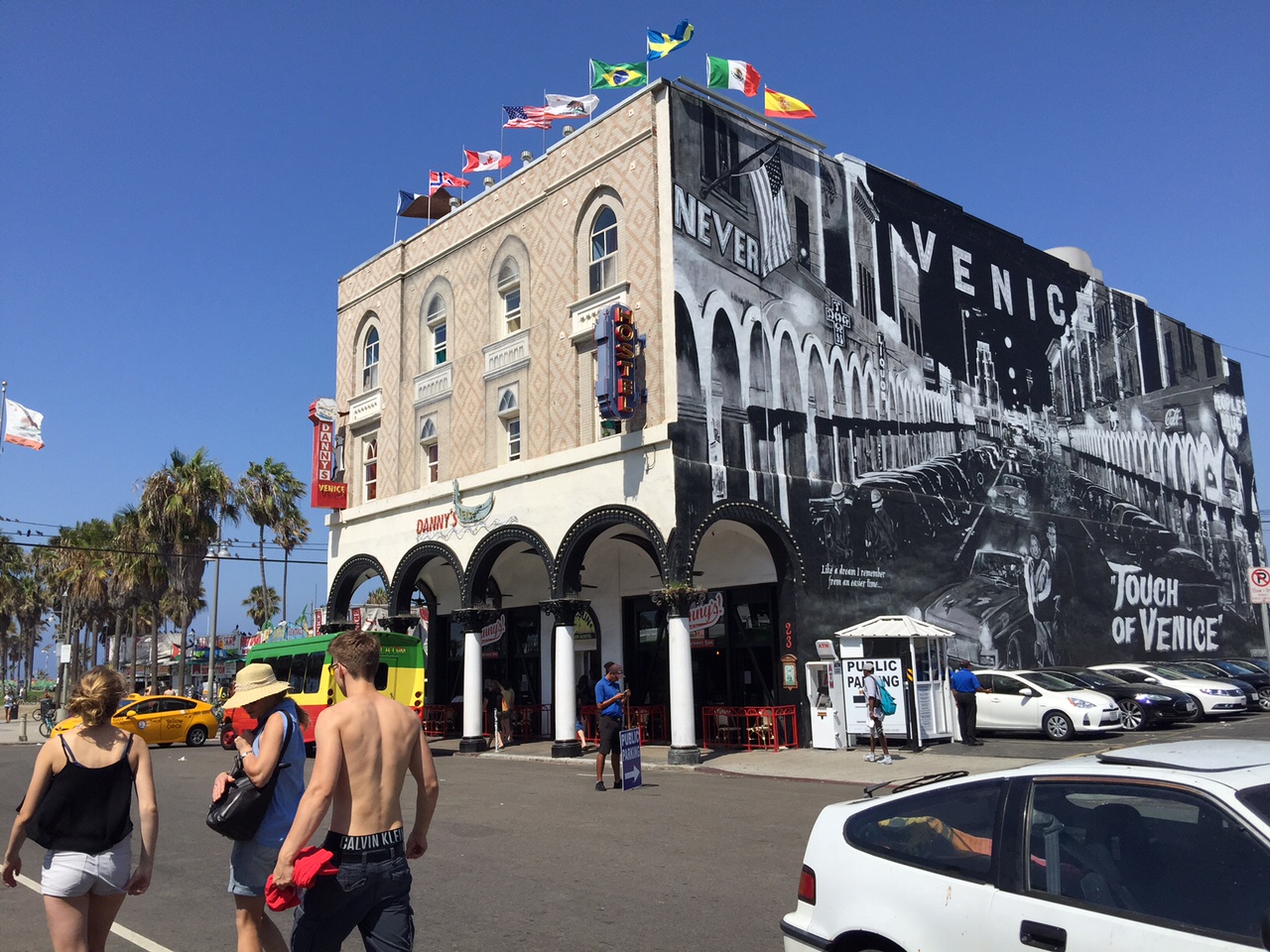 Chair of the Venice Chamber of Commerce Boardwalk Committee, Carl Lambert, came to Venice in the nineties.  He has lived on the Venice Boardwalk with his daughter and had two offices facing the boardwalk.  Here Lambert takes a look back on the year that was in Venice Beach and on the Boardwalk and  shares his thoughts looking ahead to 2016…

Venice beach and boardwalk is an enigma. The Boardwalk is a confluence of the local community, artists, tourists, businesses, techies, homeless, and criminals.   Sometimes each group claims to be the one true Venice and all others should go away.  Venice needs a balance and a balanced approach to solve the problems that plague Venice.

Violence was the theme of 2015

2015 was plagued by violence.  The Violence was caused and perpetrated both by the homeless and against the homeless.  Most of the violence has been alcohol and drug related.   The homeless of the entire Country come to Venice because of the weather, services, and the lack of rules.  This has created a cauldron of cannibalism that should not be.  Anywhere!  We have witnessed shootings of homeless who were threatening others and some who were victims of gangs.  Most of the violence has been homeless against homeless.

The police have had their hands tied by the City Council and legal settlements by the City.  A curfew was established on the boardwalk that has helped.  Now another attorney seeking a huge legal fee settlement wants to overturn the curfew.  Before the curfew, I witnessed beatings of homeless on homeless in their encampments on the boardwalk and grassy knolls.

I have talked to many homeless travelers and chronic homeless and residents as well.  One homeless traveler told me he was from Washington, DC.  He has been out here over a year because of the beach, the free fried chicken in his hand, girls that need “his protection”, good weed, and NO rules.  Venice has been attracting the wrong people.

Venice residents have told me numerous times that they do not walk on the boardwalk because they do not feel safe.  Others, including members of the Venice Neighborhood Council have told the homeless to get off their property and go the Boardwalk where they belong.  Even Venetians have reached Compassion Burn Out.

Tourism has dropped from 16 million a year to just over 10 Million.  The Los Angeles Tourism and Convention Board (LATCB) completed a survey in 2015 and released the startling fact that Venice has lost 30% of its visitors.  Safety and cleanliness were the main problems.  The word is out on the internet and media.  Are the politicians listening?

Less than One Percent of visitors can stay in a Venice hotel.  Venice has only 450 hotel rooms while Santa Monica has over 3,000.  This imbalance has contributed to the proliferation of Airbnbs in Venice.  This in turn has created a backlash against tourism.  Councilman Bonin’s motion to eliminate most of the Airbnbs in Venice will pass in 2016.  This will create the need for more hotels on the Boardwalk. Otherwise, the responsible visitors will be pushed out of Venice.

Looking forward to Venice in 2016

I believe that Venetians of all walks of life and politicians will address the issues and Venice will be a better place in 2016.  Mayor Garcetti, The City Attorney, and Police Chief Beck have all toured the Boardwalk and were appalled by what they saw.

In the past, there has not been any coordinated effort by the many agencies that operate Venice including the City, County, Parks and Recreation, Sanitation, Beaches and Harbors, and many more.  When an issue arises, each agency says “it’s not our problem” and nothing gets done.  Now Venice will have a coordinator who will have the ability to cut thru the red tape and get things done.

Councilman Mike Bonin has assembled Venice Forward which is a team of about twenty homeless service providers.  Venice Forward includes; mental health, shared housing, Hospitals, Fire, Police, homeless advocates,  housing providers and the Venice business community.  All are focused on solutions.  Perhaps with a coordinated plan and vision, the problem can be addressed with a balanced approach.

The Venice business community is forming a Business Improvement District (BID) to stem the loss of tourism and to clean the boardwalk and provide ambassadors for the boardwalk.  The LATCB is finally willing to open a Tourist information office on the boardwalk.  Of course we need to get the approval of Parks and Recs and a few other agencies.  Maybe they can coordinate in the New Year.

Venice is all about Change

Venice has always been a melting pot of ideas, arts, tourism and community.  Everyone has “their” view of what Venice is historically and their view of the future.  What is Venice History?  Ten years ago? Twenty years ago when there was gang automatic gunfire in the night?  Forty years ago when the biker gangs controlled?  I know of a building that had a murdered biker walled up in the basement.  Eighty years ago with prohibition and speakeasys and rum runners?  Or 100 years ago as Abbot Kenny’s cultural endeavor that became the biggest tourist destination for Angelinos seeking fun and the beach?  How about the oil wells on the beach before that?

Venice will always morph itself in its own way.  I pray for peace and harmony in the New Year!