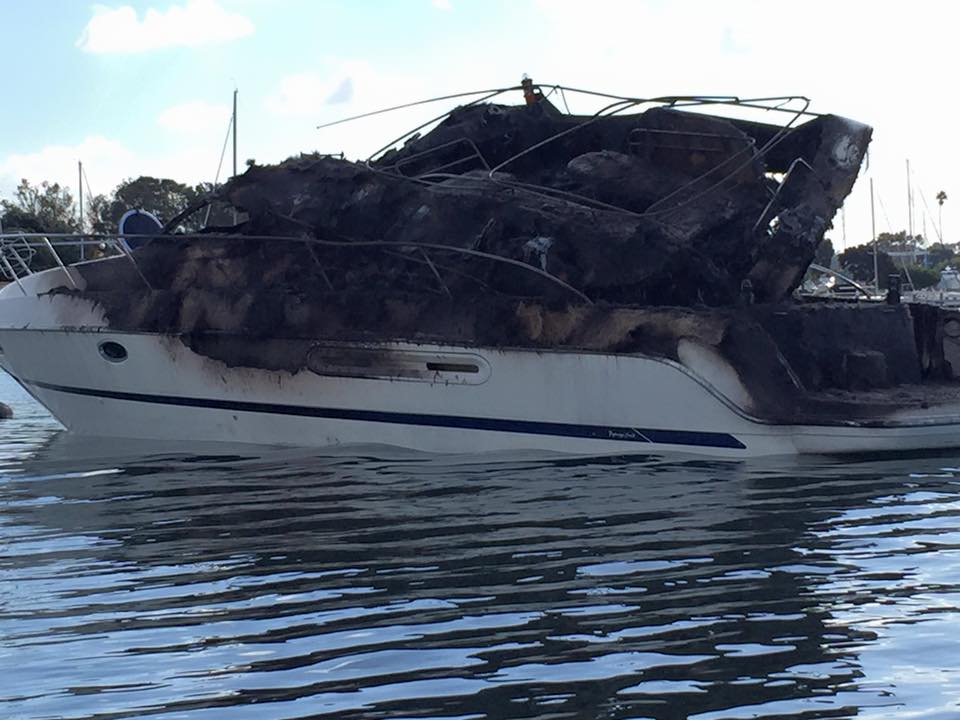 charred hull of a sports yacht that caught fire, less than a week ago, in the waters off Venice Beach.

The LA County fire department raced to fight the fire, that engulfed the 35-foot boat, at around 3:08pm last Saturday. The boat was about 200 yards offshore when it caught fire.

The Los Angeles County Fire Department  used a Baywatch rescue  boat to pull out six people, including a 4-month old baby. A fire department spokesperson said an ambulance was on standby at the Sheriff’s dock in the Marina. The baby and her mother, Theresa Gandler, where taken to a near by hospital and later released.

The boaters had  jumped from the burning boat into the water, officials said.  The mother held her baby as she jumped, and both went underwater and then came up, LA County Lifeguard, Jon Van Duinwyk told KNBC4.  Duinwyk told CBS 2 News that as the mother and child surfaced he identified himself as a lifeguard and took the baby from her mother. He said he held the baby above his head a he swam to the lifeguard boat.

While the cause of the fire is under investigation the boat can be seen moored in Marina del Rey. The blackened remains a reminder just how lucky those aboard were to have escaped.