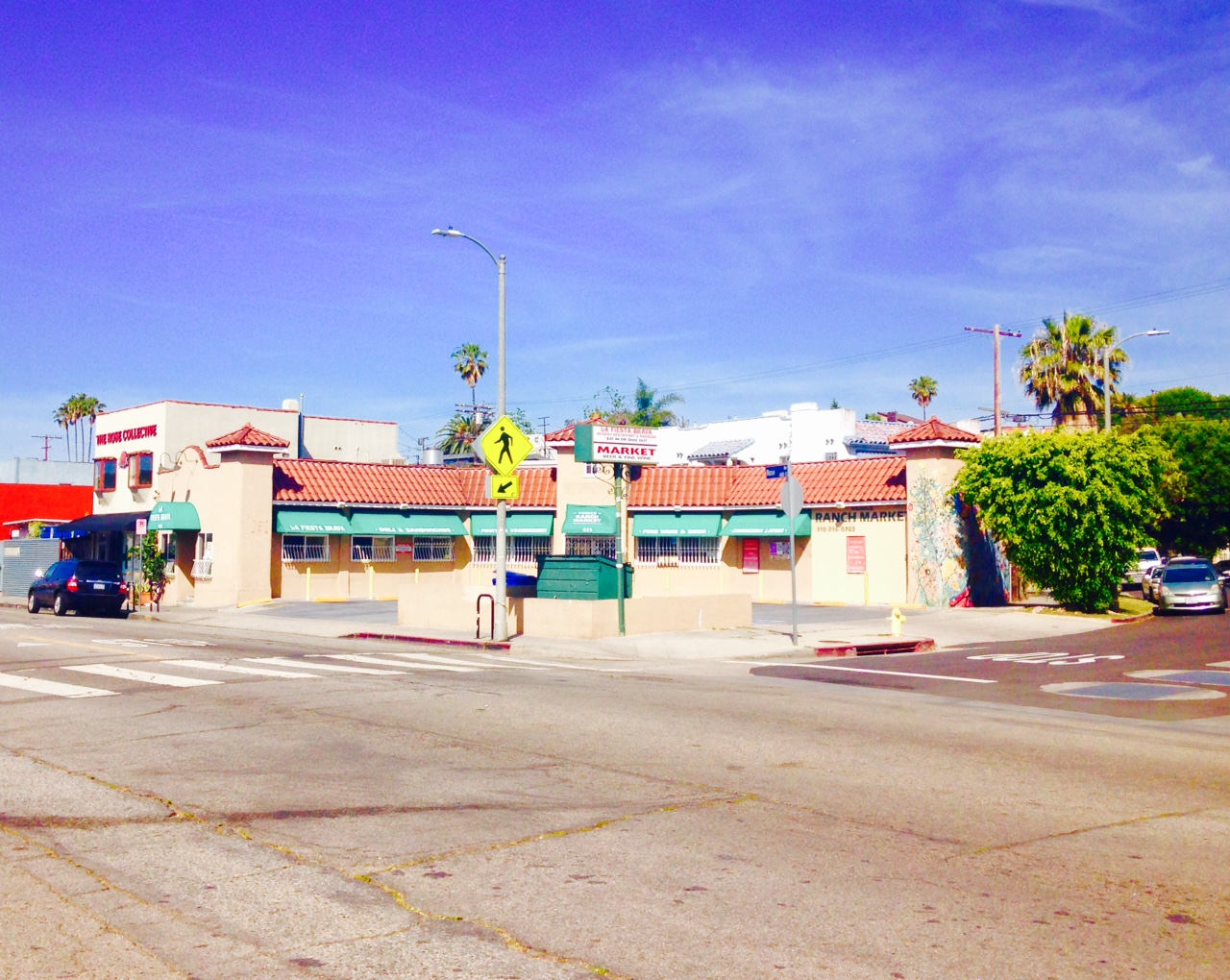 Last night Bruce Horwitz held a gathering, to discuss his latest project, a new restaurant at 425 Rose Ave., Venice. The meeting was held at another of Horwitz’s restaurants, Venice favorite, Wabi-Sabi at 1637 Abbot Kinney Blvd., Venice.

Speaking at the meeting Horwitz said, “I wanted everyone to come together here because now that we’ve had a lot of time to listen to the community and to listen to the various view points of planners, and neighbors, and diners, and patrons, we feel that perhaps we’ve come up with something that we hope to be kind of a middle ground”

The changes to the plan included less seating, earlier closing hours, a  beer and wine only liquor license, and an innovative parking solution that if it goes ahead could solve many of the parking issues on Rose Ave.

Horwitz explained he was currently negotiating not only with the LAUSD to be able to use the parking after-hours at the Venice Skills Center on 5th Ave., but also with the Venice Family Clinic to use their parking. The idea being both lots, which are empty during prime restaurant opening hours, could be used for valet parking.

Between both lots there would be enough parking not only for the new restaurant at 425 Rose Ave., but also for other restaurants along the street.

Kimmy Miller of Leaders of Venice Everlasting, a group formed  by locals who aim to preserve the character of Venice under the current wave of gentrification, has been working closely with Horwitz “One of the biggest things that came out of this whole thing is that you can bring the developer and the neighborhood together… he (Horwitz) conceded to so many things that I think it’s really interesting as an experience to learn that if the neighborhood can work with the developer, then we’re more apt to catch more flies with honey than anything else.”

Long time Venice resident Esther Terrestrial had come to the meeting with concerns that the new restaurant would mean the loss of affordable dining in Venice, saying,  “If you’re getting to my age and you’re living on Social Security you’re very happy to eat at Fiesta Brava, but I’m not happy to eat in these real expensive restaurants, so for me, the change in the neighborhood is a terrible loss. You know how they say “Oh change is good, progress” I don’t know how good it is.”

However,  Horwitz who has been adamant all along, reiterated that the new restaurant will be low-key, family friendly, and nowhere near as fancy as his Tasting Kitchen, or even Wabi-Sabi restaurants.

Joining the more-than -40 concerned Venetians in attendance was  425 Rose Ave., property owner Miriam Zlotolow. Zlotolow said she was too exhausted to talk about the project, instead handing out a typed letter that explained her situation. “After many years of service to the community as the operator of the Venice Ranch Market, it was finally time to close our market and move on to other things. A combination of factors including my age (Zlotolow turns 70 this year) plumbing problems, legal problems, and problems with profitability influenced my division to work with Bruce Horwitz”

Zlotolow, wearing a t-shirt printed with the American flag did not appear to be the rich, flashy, or greedy landlord anyone expected. Instead she looked every bit a woman who had worked hard as the owner and operator of her corner store business.  If the current property boom in Venice has made Zlotolow’s Rose Ave., property her winning lottery ticket, may be it could be said that for Zlotolow, her luck has followed years of hard work.