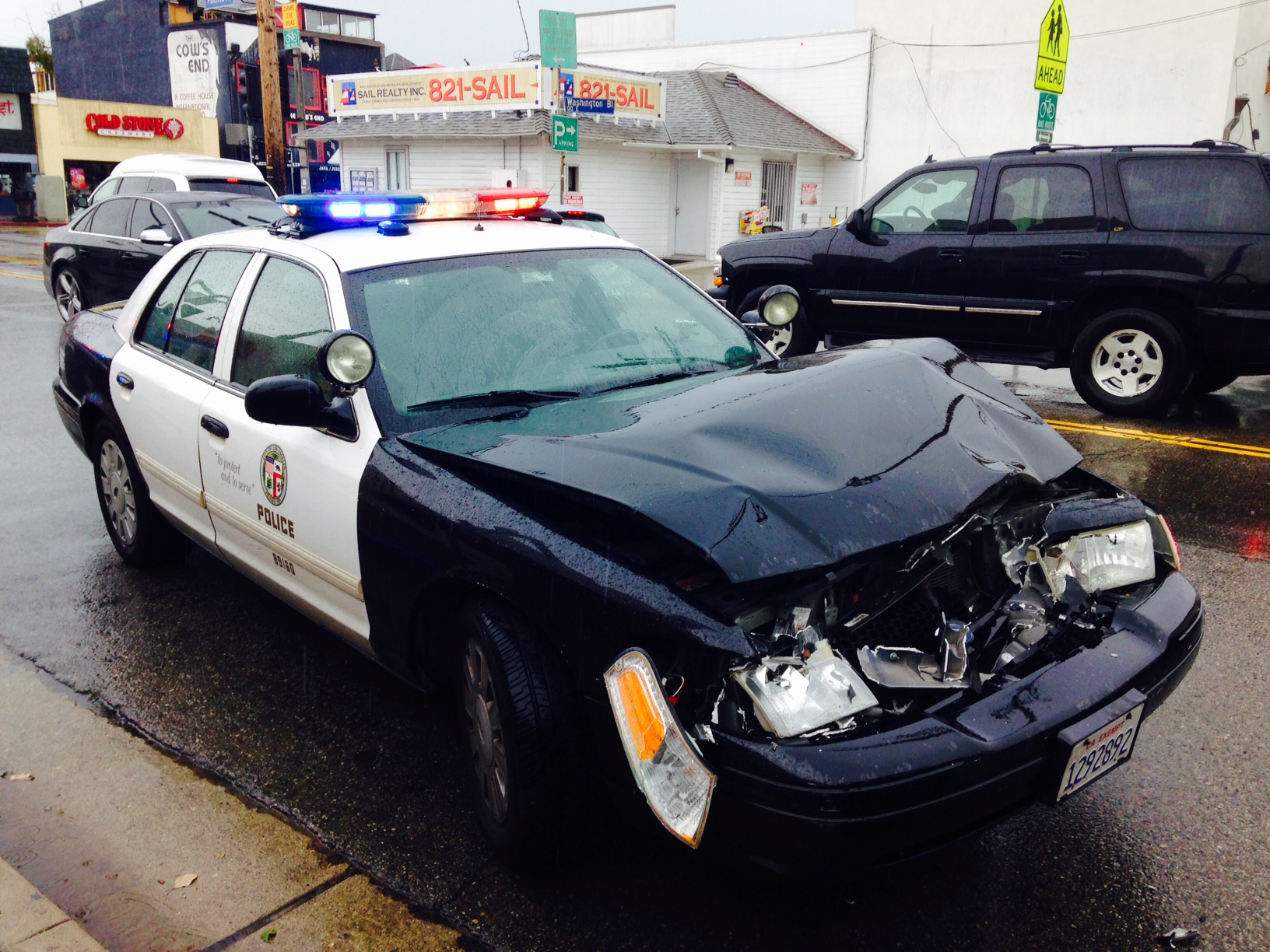 An LAPD patrol car rushing to a call skidded out of control at the intersection outside Heather’s Flowers at Washington and Pacific Blvds., this afternoon.

The officer driving escaped injury but the front of his vehicle did not, headlights smashed, radiator destroyed, and hood buckled from the impact of hitting a parked SUV on Pacific Blvd.

The officer was responding as backup to a call, that had escalated, regarding a homeless man . Earlier police had been assisting a the man on Speedway and 29th when he became agitated.

Several patrol cars and the helicopter raced to the scene. Where they quickly bought the situation  back under control.

LAFD were also there to help the man.

), owner of Heather’s Flowers was looking out at the rain when he saw the police car loose control as it turned the corner of Washington and Pacific.

“I heard it, I knew he was going to hit something, thank God it was not a person. I usually park my car there for loading flowers, luckily it was not there today, otherwise he would have definitely hit my car, definitely.” said Darabian

“This is a very bad corner anyway, it’s the worst I’ve ever seen. So many things happen here, they should do something about it. I see so many accidents at this corner.” said Darabian.

With regards to the officer driving Darabian said, “They gotta do what they gotta do, but they’ve got to be careful too.”

With rain expected to continue tomorrow the crash is a timely warning to stay safe on the roads because even a well trained professional driver is not always a match for a slippery LA road in the rain.