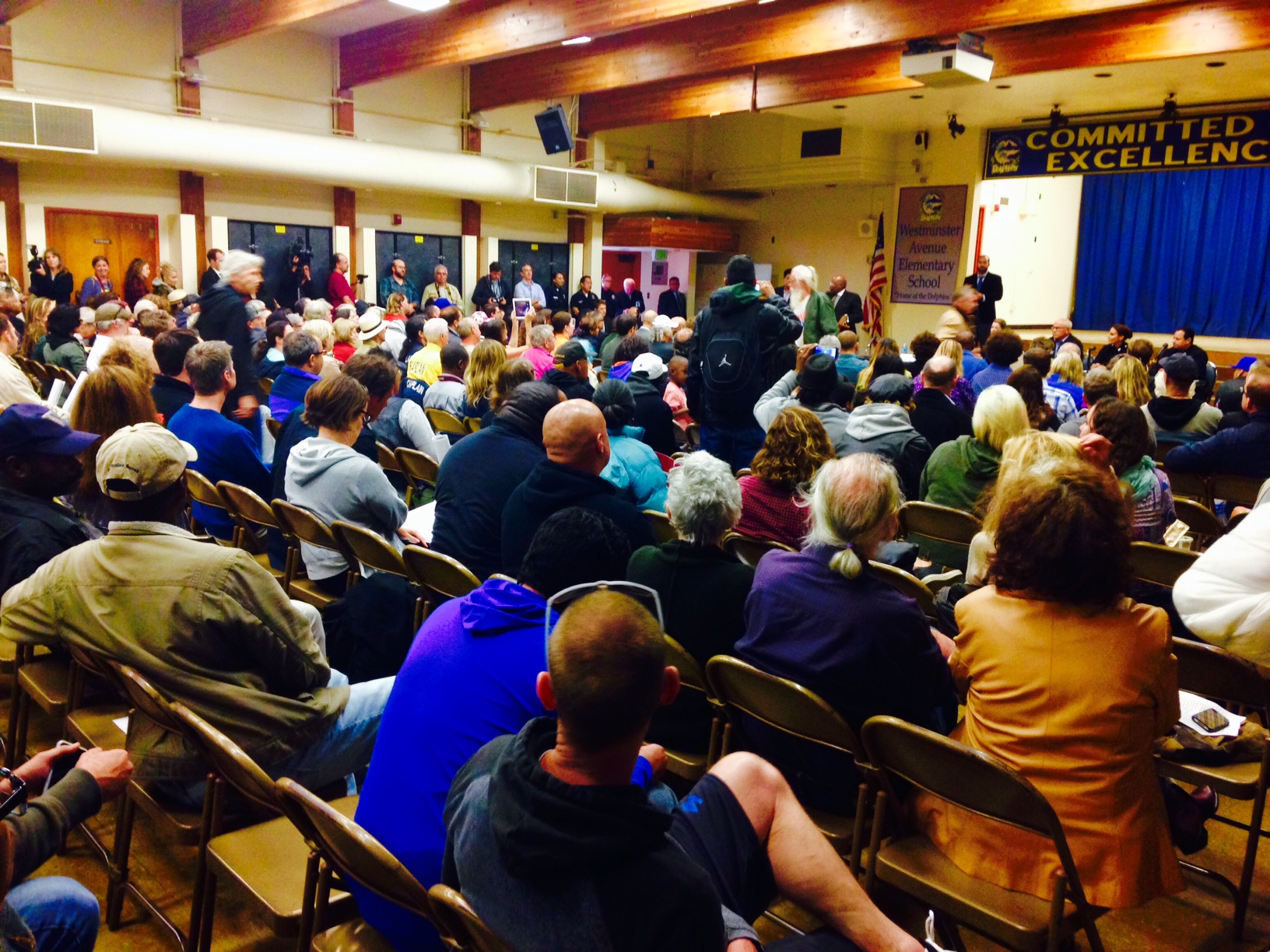 Police Chief Charlie Beck said he advised Mayor Eric Garcetti not to attend the community meeting at Westminster Elementary School, that was held to discuss the fatal police shooting of a homeless man Brendon Glenn, saying mayors typically
do not attend such sessions.

Responding to questions about why neither he nor Garcetti attended the Thursday night meeting, which featured an often-angry crowd demanding answers about why police shot 29-year-old  Glenn on May 5 near Windward and Pacific avenues, Beck said a host of high-ranking Los Angeles Police Department officials were in attendance, including a deputy chief and the president of the
city Police Commission.

“If you want to criticize the chief for selecting not to go to this
meeting and putting it in the hands of a very capable (deputy) chief who has complete domain over the vast majority of the incidents or the criticisms that were brought to her, then you can criticize me,” Beck told reporters during a downtown Los Angeles news conference.

But the chief staunchly defended Garcetti for not attending. “Typically the mayor does not go to these meetings. The prior mayor did not go to these meetings and I recommended to the mayor that he not go to this one, so if there’s criticism then it should be on me,” Beck said. “The mayor has been very straightforward about these issues. He has put a great amount of political capital into dealing with homelessness which is at the root of all these things that we’ve been dealing with this.”

Garcetti, speaking on KNX Newsradio, said this morning he had prior engagements that prevented him from attending, but said he was in communication with people who did attend the session, including City Councilman Mike Bonin and staffers from his office.

Speaking to reporters later, Garcetti said that in the wake of the
shooting, the city has been working on a plan to ensure that people trained in handling suspects with mental illnesses are deployed at the proper times.

“There’s some highly trained experts that are in the police department,
and we’ve spent a lot of time in this past week looking at how we can do that even better to make sure these incidents don’t result in as much tragedy — and most importantly how we can get them off the street in the first place,” the mayor said.

By Melanie Camp May 12, 2015
Tags: featured in Opinion
Related Posts